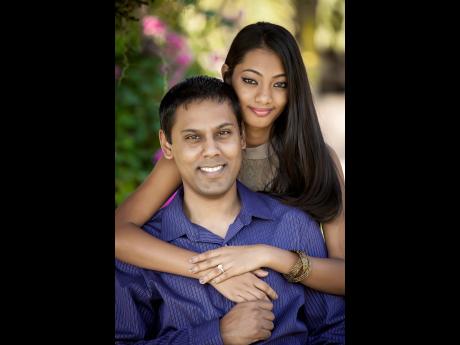 Contributed
Jamaican love story to unfold in Beijing, China with Stephen and Angela. 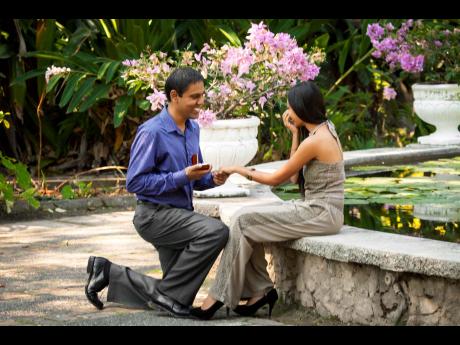 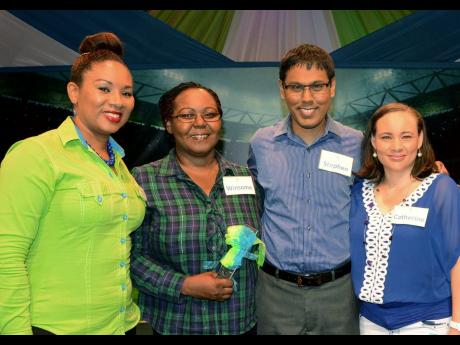 Fate could not have played out any better for Stephen Mangar, one of three top prize winners in the Sagicor Bank's Beijing giveaway.

Just a few weeks away from his planned nuptials, the Jamaican groom-to-be received a remarkable upgrade to his honeymoon plans. He won an all-expenses paid trip for two to Beijing, China, where he and his fiancÈe Angela Rampersaud will enjoy finish line seats at the IAAF Athletic Games, hotel accommodation for 11 nights at The Ramada Inn, meals, transportation, and tours to the Forbidden City, Tiananmen Square, and the Great Wall of China, all courtesy of Sagicor Bank.

Mangar and Rampersaud will tie the knot on Friday, August 14, at the People's Assembly of God Church in Guyana. The church is of great sentimental value to the couple. Its the groom's godfather's church, and what's more is that the groom's father, who introduced them, will officiate the ceremony. The venue for the reception is also very significant as it is the location of their first date and also where the couple were engaged. The IT analysist told Outlook that last July, he realised that Rampersaud, who is an entrepreneur was the one, noting that her heart was the best thing about his fiancÈe.

"When I told Angela I wanted us to take the next step in our relationship, the look in her eyes was priceless. I had never seen that look, and I will never forget it. I asked her permission to approach her parents and request their blessing, Angela did not hesitate," Mangar shared.

After a week-long engagement event, Mangar believes the prize is the perfect wedding gift for the couple who have been together for just over a year. "The timing of the trip could not have been better. It is just after our wedding. In so many ways, this is the perfect honeymoon gift. I believe a moment like this is very rare, even rarer than a once in a lifetime moment."

In addition to the honeymoon-of-a-lifetime, Mangar still has tricks up his sleeve for his future bride. "I do have a surprise in store for my future wife. The fact that she will be reading this article will certainly heighten her anticipation and excitement. Of course, she would want to know what that surprise is. I'm sure others do, too, but there is a reason it is called a surprise."