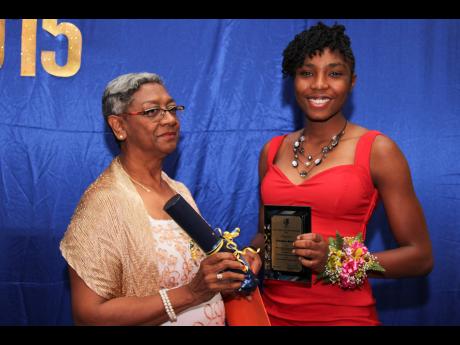 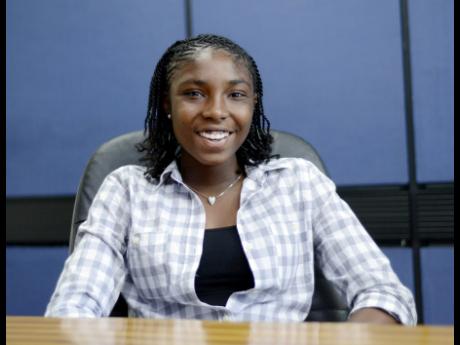 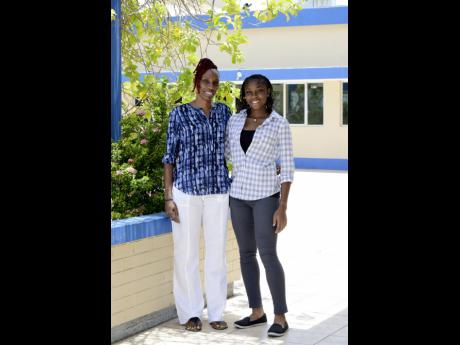 "I felt good. I felt like people actually noticed me. All the hard work I did was not in vain," a beaming Zinedine Russell said about receiving the Student of the Year Award at the Convent of Mercy High School's Woman of Excellence Award Banquet held at The Jamaica Pegasus hotel, recently. But with Russell's hard work and achievements, it is impossible for her to go unnoticed.

Russell's track record in her CSEC (Caribbean Secondary Education Certificate) examinations and Pure Mathematics in Caribbean Advanced Proficiency Examination (CAPE) earned her the aforementioned title. She received a grade one in maths at the age of 13, when she was just in third form. In fourth form, she achieved a grade one in English A (language), principles of accounts and additional mathematics. She later earned seven more distinctions in biology, chemistry, physics, information technology, French, English B (literature), and geography when she was in fifth form. Russell decided to take a crack at CAPE pure mathematics unit one and two while preparing for her CSEC examinations, and also received a grade one pass in both units.

While these seem like extraordinary scores, her mother Lorna Vernon, admitted that she was not surprised at Russell's success. "It was expected as she has always got good grades from she was at Vaz prep," beamed Vernon.

Russell's grades were so good that she was accepted into the secondary school system before taking her Grade Six Assessment Tests (GSAT). She was too young to take the examinations, but Alpha recognised her talent and accepted her into the institution. She took it when she was in first form and passed with flying colours.

But the 17-year-old is not just an academic but also an athlete.

Born to two International Association of Athletics Federation trained coaches - Lorna Vernon, who is also her coach at Alpha and Michael Russell, she inherited the athletic genes. While attending Vaz Preparatory, she tried her hand at several different extracurricular activities but none seemed to appeal to her.

In third grade, she tried track and field and realised she was good at it. Her parents encouraged her to stick with it, and she never looked back.

In 2015, she made her school proud when she competed for Alpha in the heptathlon at the Inter Secondary School Sports Association (ISSA)/GraceKennedy Boys and Girls Athletics Championships. Russell came second in the event that consisted of the high and long jump, 100m sprint hurdles, 200m sprint, shot put, javelin, and 800m.

She also made her country proud at the CARIFTA (The Caribbean Free Trade Association) Games where she also placed second in the heptathlon.

How does she manage keeping a handle on both? She tells Outlook that it takes hard work.

"It might sound cliche but it is up to hard work," she admitted. "I hate to fail, it is not something that I can ever feel comfortable with, so in order to not fail, I just try to always be prepared."

She revealed to Outlook that her mother is her source of encouragement. While she is her harshest critic, she admits that her mother's positive spirit keeps her going and hopes that will eventually rub off on her.

But despite all her achievements Russell is still undecided about her career path. However, she advises her peers to never give up.