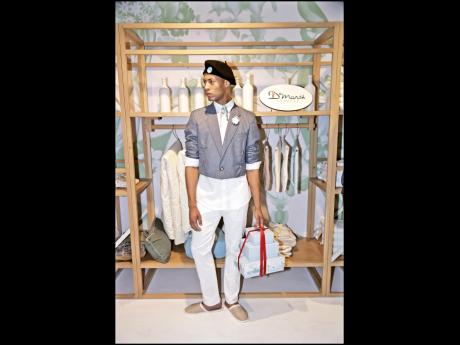 Contributed
Contributed Signature Glenroy by D'Marsh is inspired by architecture. 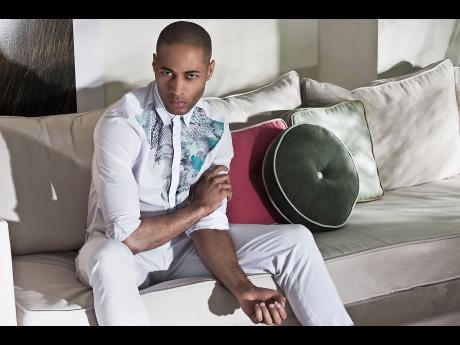 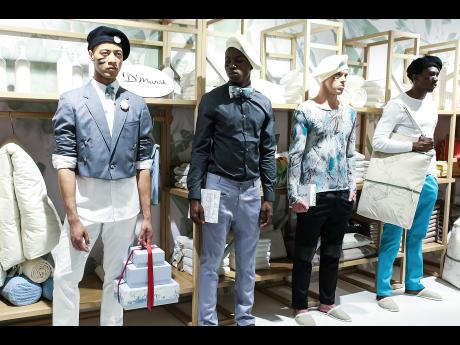 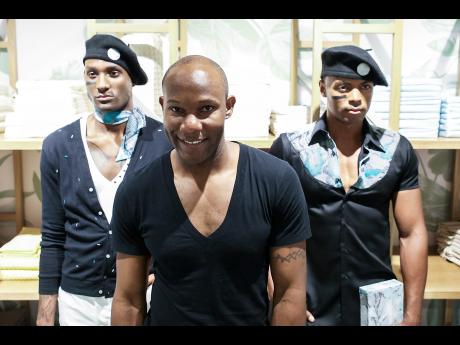 Contributed
Contributed Glenroy D'Marsh and his models in his new collection 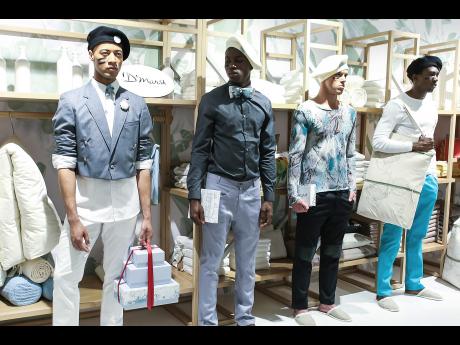 Contributed
The collection's print was inspired by Coco Mat - a recognised leader for natural sleep products. 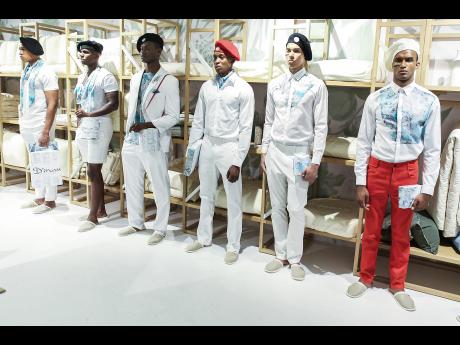 Contributed
Contributed Photo The energies of masculinity and feminity was an inspiration for the collection.
1
2
3
4
5
6

New York Fashion Week: Men's, the first-ever event of its kind in New York City, had the Big Apple's fashionistsas out in throngs.

Launched by The Council of Fashion Designers of America, it was a standalone showcase for American men's fashion, with Spring/Summer 2016 collections.

Jamaican designer Glenroy D'Marsh presented his new collection Signature Glenroy by D'Marsh, which had fashionistas talking long after the show about the designs and the cohesion of the collection.

He noted that events such as New York Fashionweek: Men's, is very important to him as a designer as a high percentage of the brand's revenue comes from their men's collection. So having a dedicated stage presents greater business and partnership opportunities. He relays to Outlook that the experience was amazing. "It was amazing! We attracted a number of the top industry editors. In fact, one GQ Editor commented, 'it was one of the best presentations all season.' This collection could be seen as a renaissance of my career."

D'Marsh notes that over the years his growth as a designer has been reflected in the designs, a growth he owes to his experience and global travels which have impacted his craft. "I have also had an opportunity to work with a more diverse clientele."

And what's next for the Jamaican-born designer?

"We have just launched the men's cosmetics line which comprises of the body cream, shower gel and body scrub. And I've begun working on my Spring 2016 collection for New York Fashion Week in September."

Here is a look at the collection Signature Glenroy by D'Marsh.