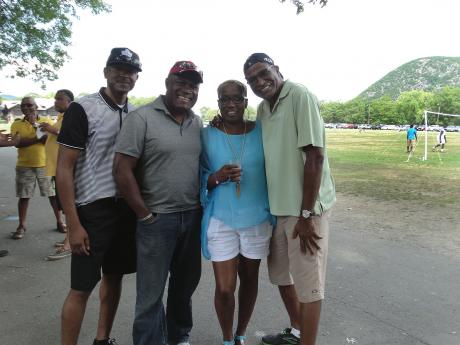 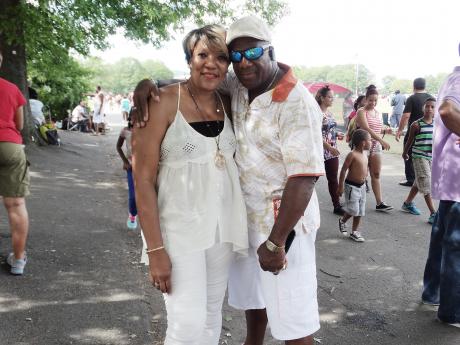 Sharon Smith and Charles Swaby in a jovial mood. 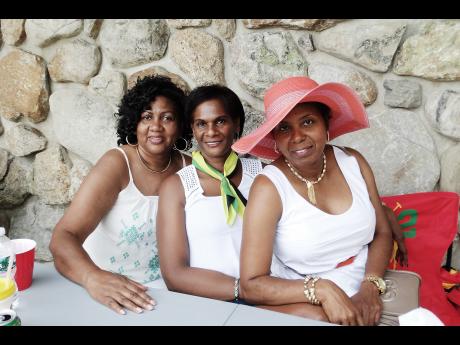 The beautiful trio of (from left) Evrit Morris, Murine Clarke and Barbara Malcolm. 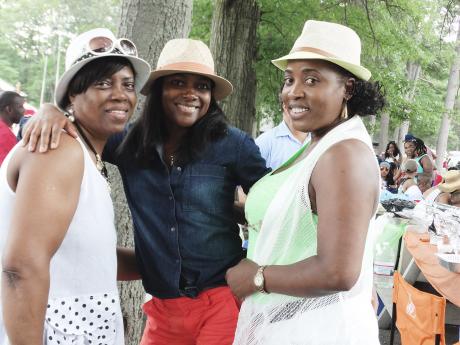 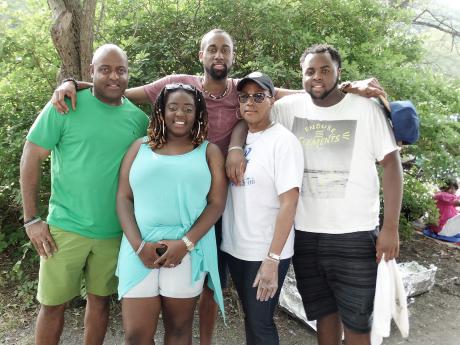 The Dillon family from left: Jerry Dillon, his daughter Shanelle, sons, Justin and Tristan (in back) and wife Dawnette. 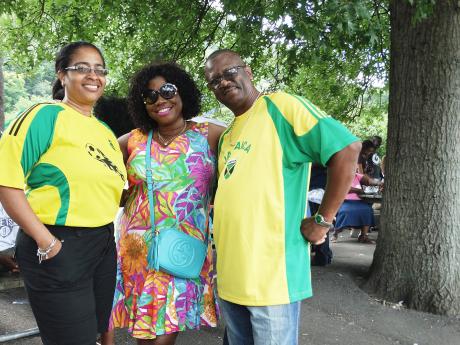 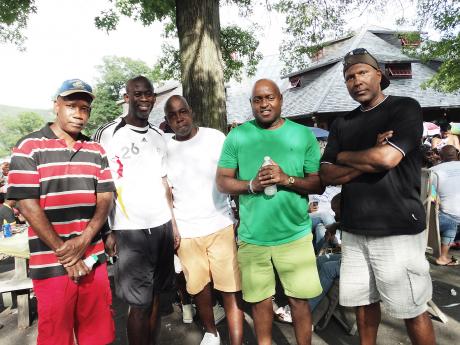 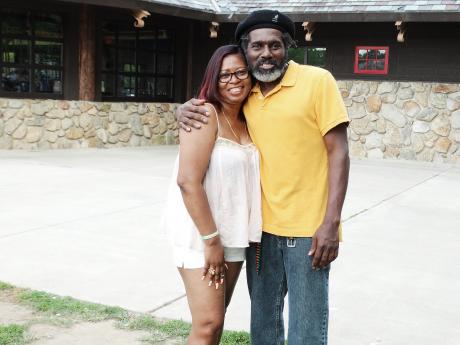 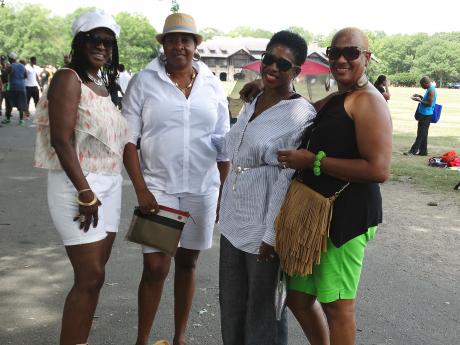 Montegonians from all walks of life, representing just about every state in the United States of America, and parts of Ontario, Canada, made their presence felt at Bear Mountain, New York, last Saturday, in what organisers have tagged an annual fellowship.

An estimated 400 strong Jamaicans, with a sprinkling of friends from other Caribbean islands, including Grenada, Guyana, and Trinidad and Tobago, claimed ownership at the State Park, days after Jamaica celebrated its 53rd year of Independence.

Not only were they celebrating everything Jamaican - food, music, and dress - but this year, they were also celebrating the life of young cancer survivor Tristan Dillon - son of one of the foundation members, Jerry Dillon.

The Dillon family dedicated the day to raising funds for the American Cancer Society through the sale of T-shirts and bags. "All proceeds will go towards the society, because my son who has been stricken with cancer has been a beneficiary of the great health care programme in this country. We must give back," stated Jerry Dillon.

Pauline Holland, a regular at the 26-year-old event, described the gathering as "Priceless. Every year, we look forward to the fellowship, meeting friends we haven't seen in as much as 30 years."

Holland said she has been attending the family-oriented event, which was first hosted in Spruce Run, New Jersey, by a group of young men, all former members of the Hillview Baptist Church in Albion, Montego Bay.

The event is organised annually by Michael Allen, Baldwin 'Bunny' McIntosh and Dillon, who are assisted by a dedicated number of women who play the role of servers and cooks.