How To Deal With Cliques: A Mathematical Formula For Great Teamwork III 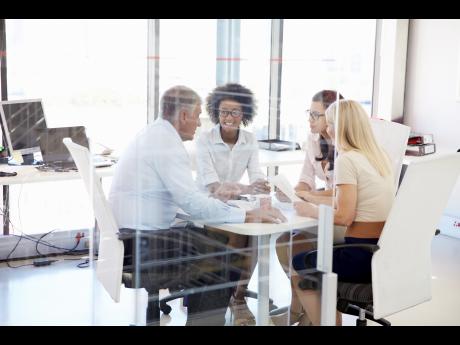 How to deal with cliques

We are using the BOMDAS formula to strengthen teamwork.

BOMDAS is an acronym for Brackets| Of | Multiplication | Division |Addition | Subtraction

Under Brackets we established that Belonging is essential if the team is to achieve high levels of success - in our homes, in our workplaces, and in any group. We placed responsibility for achieving bonding and cohesiveness on the shoulders of the team leader.

While the brackets signify inclusion, they also indicate that some things should be kept separate. Including what should be excluded produces the wrong result!

Leaders must exclude anything that negatively impacts their teams.

Among the greatest challenges to the smooth running of a group is the presence of a clique. The clique is a small set within the group that looks to a source other than the official leader for leadership. Cliques have the tendency to undermine the influence of the team leader - deliberately or as a by-product of their agenda.

What can a team leader do to limit the influence of cliques?

The first thing to note is that a clique should not be ignored as it could present a major challenge if allowed to grow in influence.

Note also that threats, ostracism, imposing muzzling rules and any method that relies on coercion will not produce sustained positive results. At best, they drive the clique underground and set the stage for guerrilla warfare.

A clique exists because there is the perception of unmet needs - voices not being heard; being unhappy with treatment or an aspiration for a greater share of power, etc.

A leader's effectiveness is enhanced by their capacity to uncover unfulfilled needs and then address them to the satisfaction or acceptance of the affected parties.

Here are some steps in your plan to address the challenge of a clique within your group:

ï Carefully isolate factors that are not aligned and have the potential to be disruptive or distracting.

You should recognise that the quality of the information received from this exercise is directly related to the environment that has been created. Where there is low trust and a sense that leadership is not committed to the empowerment of team members, people are likely to suppress their true feelings. No matter who is responsible, as leader, you must sell 'I am different'. This initiative is different.

Effective leaders latch on to two to three shared objectives. They then package and sell them such that they are seen as the glue that holds the team together. If the objective is to win the gold medal in the relay, then get the stars to run their assigned leg without fuss.

Leaders in every sphere must meet the challenge of identifying goals and objectives that can serve as the glue that holds the group together. When teams are guided into uniting around shared purpose, their capacity for high performance is unlimited.

But it is not all milk and honey.

One particularly difficult clique arises when someone believes that they are better equipped to lead the group, or for some reason, refuses to embrace the leadership of the official leader. Ostracising that individual and their supporters does not provide a sustained solution. Finding a mutually acceptable role for the individual in the process is a more viable solution. Reconcile rather than exile!

• Trevor E. S. Smith is a behaviour-modification coach with the Success with People Academy which is recognised by the Society for Human Resource Management (SHRM) to offer Professional Development Credits (PDCs) for the SHRM-CPSM or SHRM-SCPSM Certifications. Home of the ICF-accredited Certified Behavioural Coach Award. Joint venture partner Extended DISC/FinxS Caribbean. Website: http://swpacademy.com.