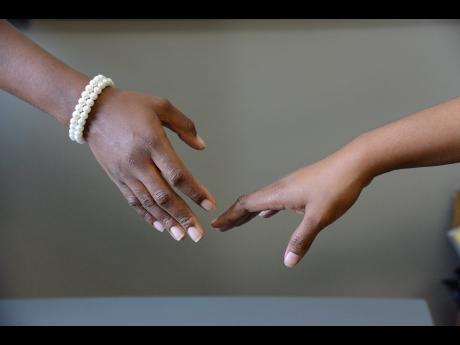 There is no greater love than that of a parent for his or her child. But can a parents love cripple a child's growth and development? Well, that extra nurturing can cause a little more harm than good.

Child psychologist Gemma Gibbon believes that parents should start from an early age to encourage their children's independence. She admits that it is easy for parents to think that their only duty is to protect and love their children. However, this is not their main duty.

"Their job is to have functional adults. That is why from day one, we want them to walk and want them to talk. Dependency is very limiting on a child, so it is important to teach them to do things on their own," she noted.

When they are at the point where they are about to do their CXC examinations in preparation for adulthood, parents should start to release their authority on their children. This must not be drastic, but in increments.

When parents do not allow their children to develop a sense of self and independence, it affects every aspect of their lives - whether it be how they choose their friends, or going for that promotion, and even choosing a life partner.

As it pertains to friendships, Gibbon notes that the choices in friends will have them being the follower.

"They will choose someone that will guide them and tell them what to do," Gibbon stated. She noted that this is a major problem since the child is vulnerable to people who might prey on their simplicity and exploit them. She also noted that some of the mistakes that people "

generally learn from at an early age, they, instead, end up learning at a later stage in life, when it is more detrimental to them. Gibbon highlighted that mistakes are sometimes necessary for growth, and trying to protect your child from this can leave him or her unprepared to handle life's challenges and disappointments.

In their professional life, it will prevent them from going after leadership positions because they are used to being pushed. To assume responsibility over other workers is something that they will not have the courage to do.

This will have them constantly seeking their parent's approval when it comes on to choosing a partner. And in that relationship, they are less likely to be on the domineering side of the spectrum, since they are used to being submissive to someone.

Gibbon noted that an individual who suffers from these behaviourisms hardly, if ever, acknowledges these attitudes in themselves. It is also something that they cannot overcome on their own. Counselling is usually required and strongly recommended to break this cycle.

For parents, it is important to note:

2. Encourage the differences in your children. Never compare and try to make them the same. It is these differences that make each so special.

3. Give children responsibilities and give them freedom to make certain decisions.

4. Encourage their growth and do not chose their career path or partner.