'Manning' up to netball 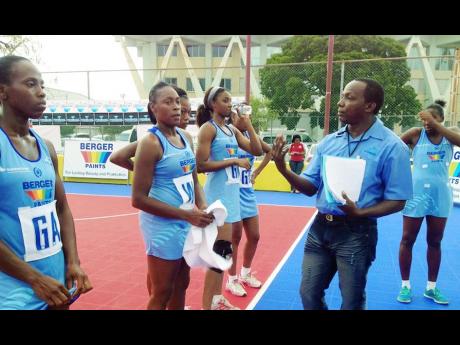 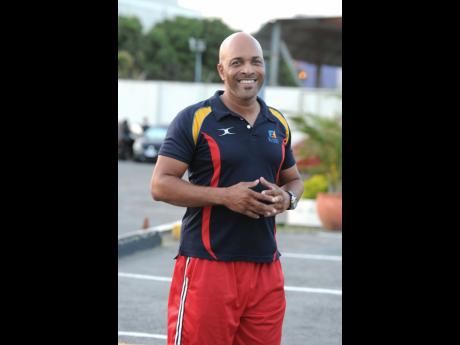 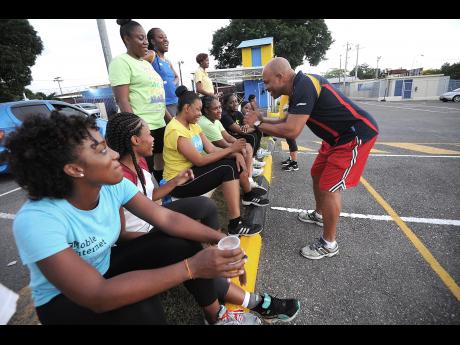 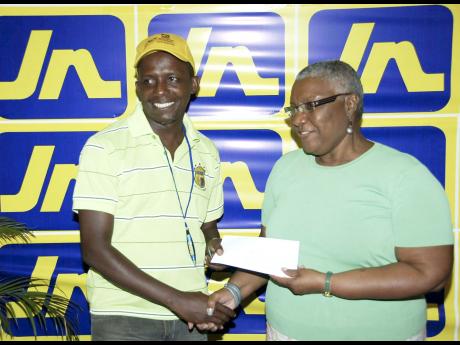 A renowned netball coach and umpire, Campbell is undaunted by what some see as potential challenges presented by working as a netball coach. Outlook recently caught up with Campbell one late evening during a netball training session in Half-Way Tree, St Andrew. He was preparing a team from Jamaica National Building Society (JNBS) for the Business House Netball League. Campbell had no problem demonstrating various exercises for his team and the female players seemed quite at home with him. Campbell said he gets along well with his players because they are very open and comfortable with him. "Usually they are very upfront. One of the girls came (to training) today and said she can't handle the running because it was that time of the month, and I understand how she feels, and so she is treated differently. Maybe somebody might have a little attitude problem, too, and I understand. Usually, they say it upfront," he said. "That's the thing. When you work with women for a while, they trust you. As a coach, they become your friends. You start to go to weddings, funerals, you go to their birthday parties, and you start to share a life with them. So, usually, they find the space to share those things with you."

Statistics reveal that in 2014, six of the 14 coaches who graduated from Netball Jamaica's Level 1 coaching course offered through the University Of Technology (UTech), were men.

Netball Jamaica's President Marva Bernard told Outlook that there are 34 male coaches and only 13 female coaches in Kingston and St Andrew's divisional leagues.

"I have no problem with a male coach as long as he is properly trained to coach the sport," Bernard said.

Smart is another male coach who has been excelling in the sport for many years. He is currently coach of St Catherine Racers, a club that participates in the Berger Elite League. He also owns and coaches the Spanish Town-based netball team, Ravens.

Smart made history when he became the first male to be appointed head coach of Netball Jamaica's Development Squad, and head of the national netball team.

"I find it rather fascinating that so many men gravitate towards coaching a female-dominated sport. But it is a fact that you have a wider array of male coaches at the club level, even in the high schools and at the tertiary level," Smart explained.

Thirty-three-year-old Phyllis Thompson is a member of the Ravens. Smart has been her coach for more than a decade, and she is quick to heap praises on him, describing him as, "More than a coach." But, she believes that the quality of a coach does not depend heavily on gender, but lies in personality and overall ability.

"If the person can really deliver and help a player to grasp the concept of what they really want, then it really doesn't matter," Thompson said.

Another player who was coached by Smart, Karen Rosen, described him as a disciplinarian.

"You could be the best player on the team. If you don't come to training, you will be sitting on the bench most of the time," Rosen chuckled at the memory. But she doesn't believe that men are the only sticklers for discipline.

"I have had good and bad male and female coaches. It really is not a gender thing, it depends on the character of the person. Anyone of them can get the best out of a player," Rosen said.

Campbell believes there are some things that a male coach has to do if he wants to get the best results from his team.

"Being a male figure, you have to be in charge of them and set the tone from early on and I tend to be that strong person who believes that there is a time and place for everything when I am coaching. I am the nicest person before and after the game, but during training, I am business-like. I am results driven. I want you to do well. I know what makes you do well - hard work. And, sometimes, if you follow these women, they will take things for a joke, so I have to keep them together and let them understand the purpose of us being here. When that is over, you can have all the fun you want," Campbell said.

Campbell spends a lot of time with his players. Some people believe that this could lead to players becoming attached to him and perhaps making a pass at him.

"Yes, that does happen, but some of them may not want to cross the line because sometimes they see you as a father figure, too. I can handle that. It happens, but hasn't happened in recent times. Maybe when I was to younger. Now everybody says 'coach' and 'sir' so I get more respect," Campbell said.

Sheree Lee, a member of the JNBS team, praised Campbell for his professionalism.

"When we started training with him, the first thing he told us was that this is his job and he takes it very seriously, so it's just as if you are relating to a male supervisor in your office," Lee said.