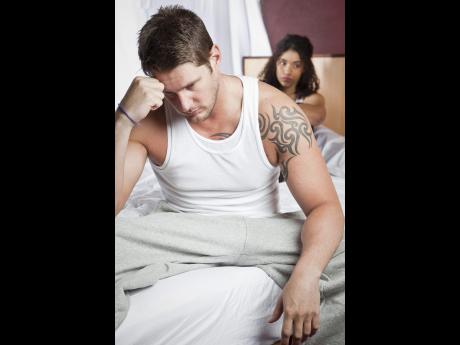 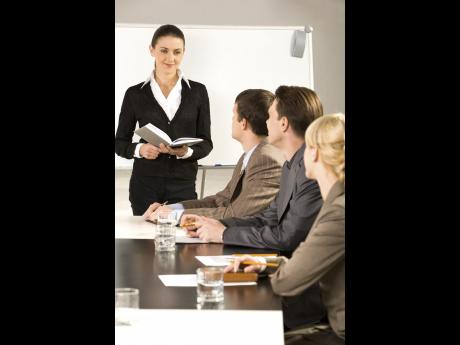 Franklin D. Roosevelt once said, "...the only thing we have to fear is fear itself." But how many of us would even consider assessing, let alone facing the fears within our own lives? Now I'm not talking about phobias of insects, or the dark, but a deep debilitating fear that stunts our growth and development as individuals, and as a result can hinder us from achieving our full potential.

Fear, according to relationship specialist and sexologist, Dr Sidney McGill is primordial, packaged along with anger in our survival instinct kit. "All animals including humans therefore need it to warn them when they think they are in danger of being harmed or hurt. When we feel fear, it is automatic to find ways of avoiding or fleeing from the thing that is causing us to feel threatened."

But sometimes its best to face these fears and not flee. For me, I can't exactly pinpoint where or when it started, but for as long as I could remember, I feared being rejected. And that fear affected all aspects of my life-social, professional and personal. My now seemingly vibrant personality was once a fragile one, because I was always so concerned about what others had to say, out of fear of being rejected.

I also found myself stumbling with my love for the arts and the stage out of sheer fear that I would not be accepted by my peers and others, mainly because of my weight. And as it related to my personal life later on, I ensured that I would not set up myself for a fall, so I lowered my standard significantly, just to accommodate my fear.

Over time however, this fear became so consuming that it stifled most of my childhood, haunted my dark teenage years and taunted my approach to adulthood. Pretty soon, I was surrounded by so much love and support that I was comfortable to just be me.

I always felt at home on the stage, so how could I really fight that? There was officially the first place I faced my fear- I decided to sacrifice my fear for my passion, and guess what? I was greeted by roars of applause! And the indescribable exhilaration was awakening and refreshing.

As for my personal life, this was by far the hardest fear to face. Lowering my standards was getting me absolutely nowhere. As a matter of fact, it unleashed other fears that I never thought I even had. I found myself meeting the same roadblocks on different routes and couldn't't for the life of me figure out why. After evaluating where my life was heading, I nipped it in the bud once and for all. Enough was just enough. Suffice it to say, I am doing just fine right now.

Upon reaching my epiphany, I realised I was not alone.

Thirty-nine year old Elise Forrester* revealed that she had a deep rooted fear for public speaking. The now sales manager explained that when she made public that she was once painfully shy, persons are in disbelief. But those who met her before she discovered herself would agree with her.

"I found that I was great with my friends, but once it came to speaking to strangers, I would choke up and be at a loss for words" The thought of giving a speech would make her nauseated she recalls.

Dr McGill explains that public speaking is an activity that causes anxiety for many. "Sometimes the fear becomes so intense that it prevents us from presenting a topic in a convincing way or worst, and as a result immobilises us to the extent that we stutter and sweat throughout the talk," he noted.

The fear of public speaking stood by her side until a life changing event came along and knocked the frightful wind right out of her. She found herself at a crossroads and being given the opportunity to perform in a commercial play, she made the conscious effort, night after night, to do her best to disguise her fears.

Soon after, she was able to drop the act, and greater job opportunities presented themselves which required teamwork as well as giving speeches. By the time she began attending school for a marketing degree and had to do a course on Public Speaking, she was a pro, relating all too well to the fear her fellow classmates encountered. Forrester transformed from winning the battle with her own fears to prevailing in the war-helping others to face that very fear she dreaded.

Arthur Matthews*, detected his fear much later on in life. "I never even recognised that I had a fear of commitment until commitment was staring me right in the face," he confessed. The idea of marriage was too much to handle for the 28 year old young professional, who, for most of his adult life, has been all about business, "Whenever the topic of marriage would come up, I would always get defensive. And it wasn't until my friends, my girlfriend's family and my girlfriend pointed it out to me."

Fear of commitment in a relationship, Dr McGill highlighted, suggests that the person has had direct or indirect negative experiences with being in an intimate relationship, "'Once bitten, twice shy' is a saying that fits well in this context. In our post modern world the possibility of being overpowered by a stranger such as a gunman or a lover rather than a lion in the jungle is real."

Matthews admitted that if he could identify where his fear originated from, it would be during his post-pubescent years, from the perspective of boyish thrills and having endless partnering options at his disposal for the taking. To give up that power and zone in on one lover was easier said than done. But after a while, he had a change of heart, revealing that he matured, and his perspective towards marriage has evolved.

For now, he paced himself, with high hopes that he will one day marry the love of his life and have his happily ever after.

If you or someone you know is in conflict with their own fears, Dr McGill offers some general tips to get them on the road to fearless recovery:

1. Be well prepared for the task at hand - do your homework

2. Rest well before the event

5. Observe your natural breathing pattern and slow down your breathing, especially breathing out.

6. Don't take yourself too seriously. You will survive it.

7. Fear is natural, so feel the fear and do what you have to do anyway. Exercise courage.

8. Seek counselling to uncover and reframe the deep seated fears from past experiences.

9. Relationships can have a transformational role in our lives, that is, it can make us better persons or bitter persons. A positive attitude determines the outcome.

10. Be comfortable with being yourself.

11. The opposite of fear is love and compassion. Learn to love more and expect less.