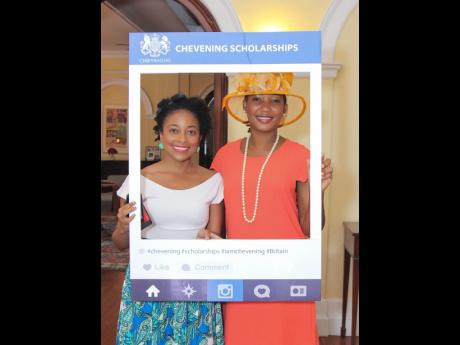 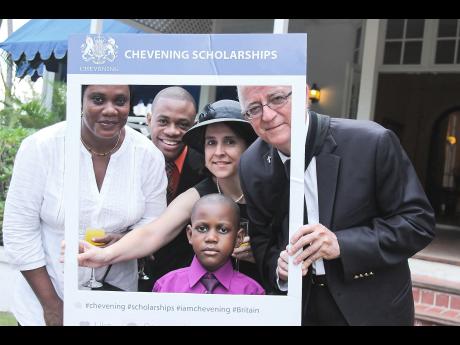 Contributed
Rashawn Thompson who will be pursuing his Master's of Arts Degree in International Media Business at the University of Westminster snaps a photo with from left: hs mother Sharon Laing, brother Robert Thomas, Julia Sutherland and Minister Ronald Thwaites. 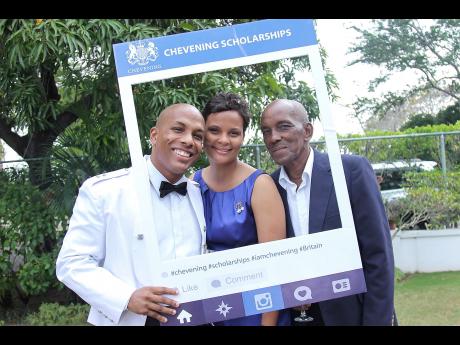 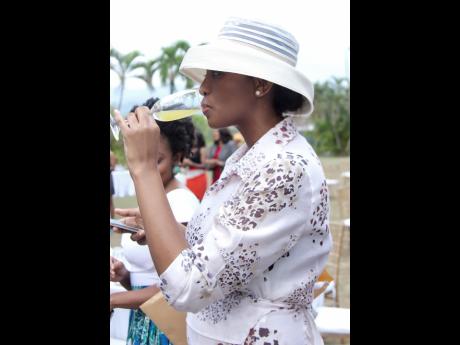 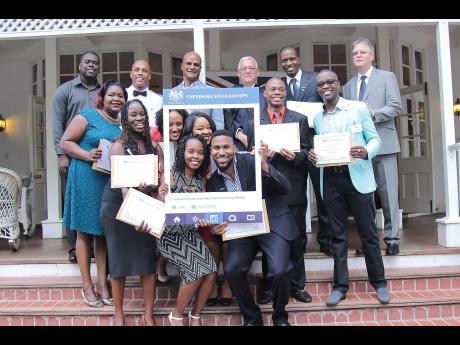 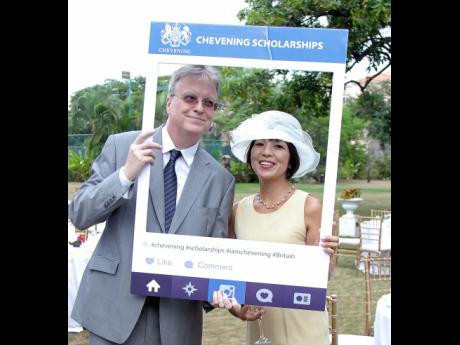 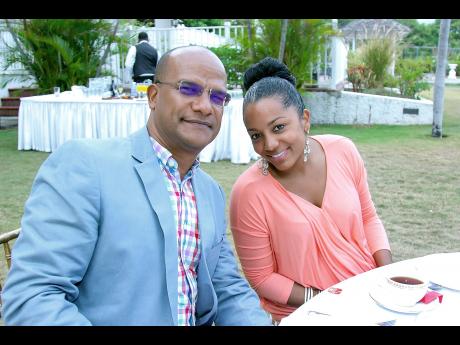 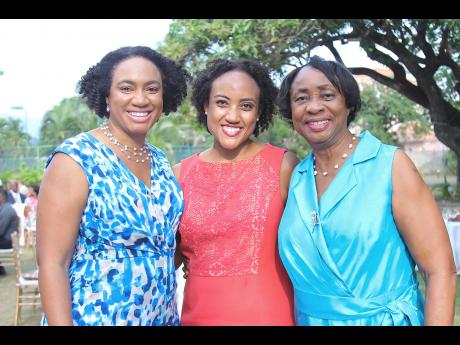 The prestigious Chevening Scholarship was awarded to 11 scholars, who received their certificates at the Chevening High Tea Party held last Sunday at the residence of the British high commissioner to Jamaica.

Every year, the British High Commission sends individuals with demonstrable potential to become future leaders, decision-makers, and opinion formers to study in London to pursue their one-year master's degrees with a full

Guests were greeted with a 'Memoso' cocktail before British High Commissioner David Fitton kicked off the formalities. After greeting his guests and congratulating the awardees, he made way for Minister of Education Ronald Thwaites, who noted that this was a good opportunity for cultural diversity and for Jamaica, as the awardees will return home to serve the country in their field of study. He noted he was also happy with the increase in the number of scholars.

Outlook spoke to them as they revealed their expectations for their year of study abroad.

Rashawn Thompson, a broadcast journalist at Nationwide News Network, will be pursuing his Masters of Arts in International Media Business at the University of Westminster. "I am absolutely delighted and thankful and very excited to go off to London. This London. This excitement is not only about furthering my academics and professional ambition, but also to learn from and enjoy a new social and cultural excitement," Thompson told Outlook.

Jerome Cowans, will be pursuing his master's in ,management at the University of Birmingham. He noted that he is really excited about going overseas. "There is a lot to be done. Definitely going to do my best and come back and see how I can add to the development of Jamaica," Cowans shared.

Oroyo Eubanks is a broadcaster and public relations executive with the Jamaica Information Service. He will pursue a master's in media and development at the University of Westminster.

Adley Duncan is an attorney-at-law employed by the Government of Jamaica. He will be reading for a Master of Laws in Human Rights Law at University College London.

Gordon Ellison is an assistant superintendent of police in the Jamaica Constabulary Force. He will pursue a master's in organised crime, terrorism and security at the University of Essex, Colchester.

Lavare Henry is a teacher at Campion College. He will be

pursuing a master's degree in education (leadership and policy) at the University of Bristol.

Sherika Whitelocke-Ballingsingh is a licensed public health inspector with the Western Regional Health Authority, Ministry of Health. She will be pursuing a master's degree in public health international at the University of Leeds.

Grace Lindo is an attorney-at-law (intellectual property and commercial law). She will be pursuing a Master of Laws in Information Technology and Intellectual Property Law at the London School of Economics and Political Science.

Melissa Townsend is project engineer at the National Water Commission. She will be pursuing a master's in civil engineering with a focus on environmental engineering and engineering management at the University of Southampton.

Tenesha Myrie is an attorney-at-law with a keen interest in gender equality and human rights. Her degree will be in public policy at the University of Oxford.

Chadine Allen is a migration executive in the Jamaican public sector. She will be pursuing a master's degree in migration, mobility and development at the School of Oriental and African Studies, University of London.

It was a great way to spend a Sunday afternoon, viewing Jamaica's bright future.