An ER for animals in Gardner woman's home 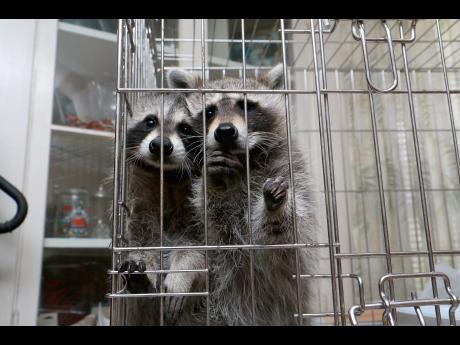 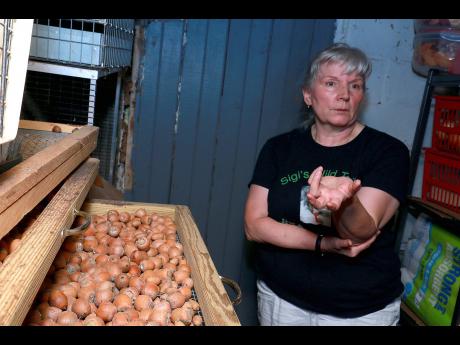 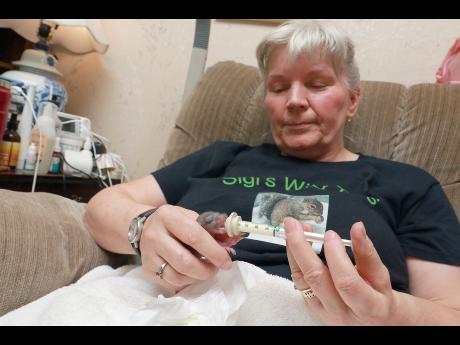 John Love
Sigrid Warren feeds one of the two baby squirrels that she is caring for at her home in Gardner, Massachusetts, on July 31, 2015. Warren runs Sigi's Wild Tails, a nonprofit animal-rehabilitation center out of her home.
1
2
3

An ER for animals in Gardner woman's home

For a while, there was a time when the most sleep Sigrid Warren ever got was in 10-minute stretches.

Starting last August, it wasn't uncommon for her to wind up pacing the living room in the middle of the night, the usual sounds of the house there to keep her company.

The possums were in the living room with her, too. The raccoons were in the dining room, and the birds were in the kitchen. The squirrels were all downstairs, along with one of the rabbits.

The red squirrels, however, were outside, and that was what was keeping Warren awake.

"I was reaching a breaking point, and nobody was really helping me when it started. I called everyone, but no one gave a damn about squirrels," Warren says as she holds one of her newest patients, a furless baby squirrel, in her hands.

Warren runs Sigi's Wild Tails, a non-profit animal-rehabilitation centre based out of her home in Gardner.

At the time, she had been dealing with a string of incidents in which people were harming, even killing, the red squirrels she kept in cages outside her house. According to Warren, people had been spraying Raid in the squirrel's faces.

The only silver lining was that it created a push to raise the money badly needed by Warren's organisation to get some of the animals out of harm's way.

"I got together a lot of my friends to raise money for her to build cages off site," said Robin Palladino, who has been working with Warren to help raise money since the issues last year. "They have no funding at all, and right now, that's the biggest problem.

The attacks on Warren's squirrels have died down since, she said, but the funding remains an issue. A Gofundme page was set up to bring in donations. A few fundraising events were set up to bring in a bit more. Overall, enough was raised to build the squirrels new homes out of harm's way, but Warren still worries about how she'll be able to afford to continue the rest of her operation.

"Every year, I say, 'This is it.' Somehow we always manage, but it's hard," Warren says.

Working as a state-licensed wildlife rehabilitator isn't a paid position. Warren says the state refers to it as an expensive hobby that you shouldn't do if you can't afford it.

"Tell that to the people who stand at your door with something dying in their hands," she says.

She first became involved with animal rehabilitation 18 years ago when something was dying in her own hands. Warren had just lost her job and was uncertain of what she was meant to do next.

"I was super-depressed over it," she says. "In Germany, what you do matters, and I suddenly found myself feeling useless. Then one day, I was out on the patio, and I saw this goldfinch drenched in oil, and I ran out and grabbed her."

Bird in hand, she ran back inside to call animal control and ask what she should do. The answer: Dawn dish soap.

"I used Palmolive and learned the hard way that it doesn't work as well as Dawn," she says. "I must have washed the bird five times before she upPED and died. I just said 'no,' so I did CPR on the little birdie and, all of a sudden, she bit me on the lip. She was alive."

Warren has been saving animals ever since.