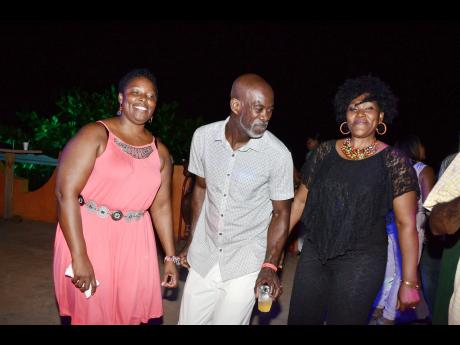 From left: Baldwin and Claudette McIntosh dances with Rosie Clarke. 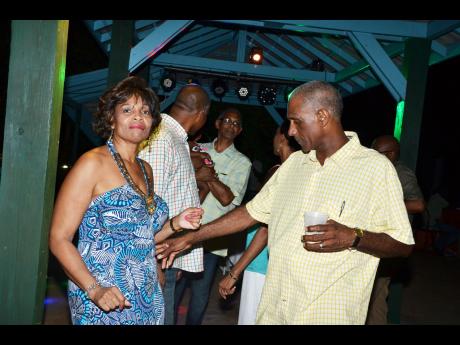 Patrick Clarke and his wife Karen dancing the night away at his sister's birthday party. 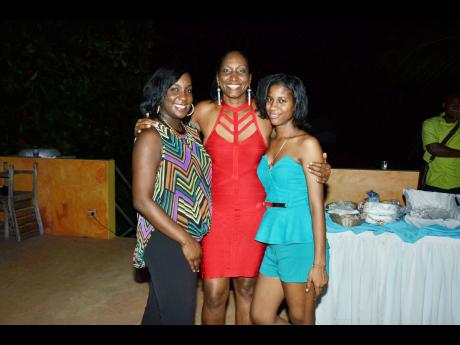 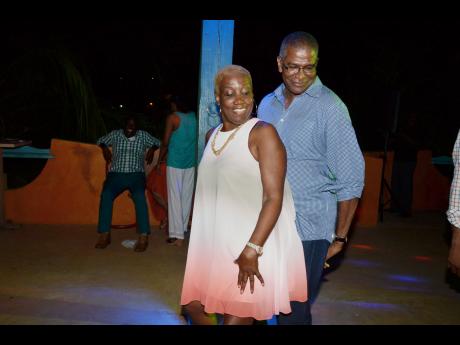 Egbert Clarke and Kerry Holness dancing up a storm at his sister Delores Clarke's birthday party at the Smoked Marlin in Hopewell, Hanover last Saturday night. 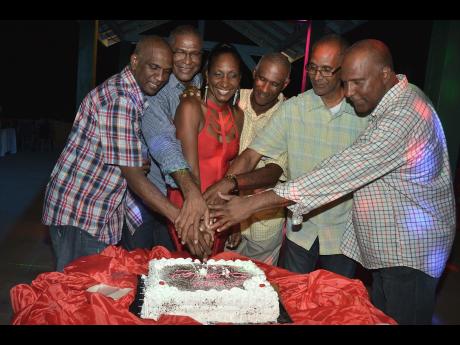 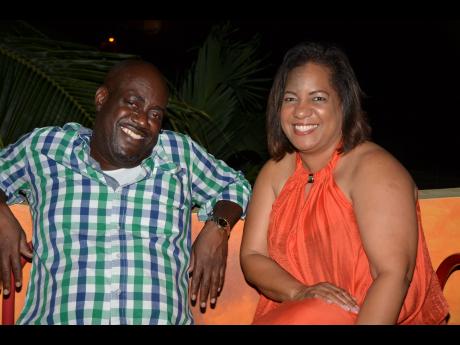 The five men in Delores Clarke's life, said since the day she was born, she had brought beauty, peace, and tranquility to their male dominated household.

"You managed to defend and stand up for yourself, while retaining your feminine side," was how Wendel Clarke spoke of his youngest sibling, as they celebrated her birthday at the Smoked Marlin in Hopewell, Hanover, last Saturday night.

Clarke, incoming president of the Kiwanis Club of Montego Bay, has opted not to reveal her age, but from her looks and youthful behaviour, she could easily pass for 21, much younger than her older daughter Jhenelle.

For those who agree that age is just a number, nothing was more important than having the men she described as "the love of my life", cutting her birthday cake with her, while ensuring she remained special in their lives.

It was an evening that saw Egbert Clarke flying in from Westchester, Pennsylvania, Wendel Clarke boarding a flight from Toronto, Canada, and Patrick Clarke jetting in from Florida, just so they could be together as one family.

The other two brothers who continue to live in Jamaica, Melburn and Stanley Clarke, made up this rich circle of men supporting their only sister.

These five men, were proud matchmakers in Delores Clarke's younger days, approving any man brave enough to date her.

On Saturday night (September 26), it was just like old times, as they paid tribute to her, giving her some of the greatest compliments a woman could ever ask for, "As you grow older, you manage to look younger."

Indeed, this was a statement of fact, the Montego Bay businesswoman, who is also renowned as a community leader, looks swell and manages to smile for those in need, particularly during some of the most stressful times, "and, without hesitation, is known to put others above herself. You are a true queen," noted her brother, Wendel.