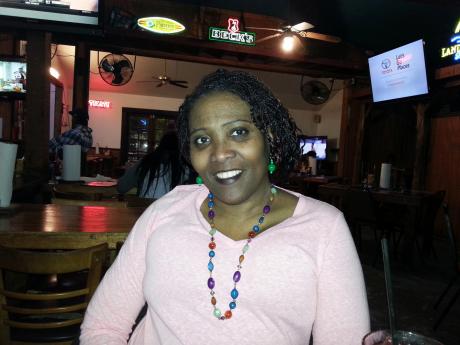 Contributed
Leslie-VanBlarcom has beaten cancer twice and she feels great. 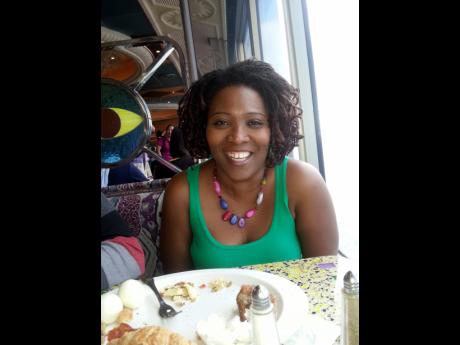 Contributed
Leslie-VanBlarcom ... I feel relatively great. I live my life serving others.
1
2

In March 2007, Jennifer Leslie-VanBlarcom, went for her bi-annul visit to her obstetrician/gynaecologist, but what was suppose to be a routine examination, gave her some life-changing news - she had breast cancer.

She admits to Outlook that it was not something that anyone could be prepared to hear. She took the diagnosis hard - she had just lost one of her best friends and her grandfather, and she has had lupus since she was 18 but was diagnosed at age 23.

Leslie-vanBlarcom had a lot on her mind - but being diagnosed with stage-one breast cancer, meant she had a few more options as it related to her treatment. Not only did she have to think about herself and her treatment, she also had to think about her family, especially her eight-year-old daughter, Aaliyah Leslie-Tulloch. Leslie-VanBlarcom and her husband, John, tried to keep her in the know as much as possible, even though it was a lot for an eight-year-old. Her husband was her backbone, and though he could not be with her at every visit, he was always there when she needed him the most.

After doing the lumpectomy and radiation in June 2007, Leslie-VanBlarcom was expected to take the medication Tamoxifen for the next five years, and then her life was to return to normal.

The cancer came back

However, in November 2013, she was again hit with more devastating news - the cancer was back.

This was a harder pill to swallow, The cancer was more aggressive, and she was terrified. "I have to admit it was worst than the first time," Leslie-VanBlarcom told Outlook.

Her daughter was now 15 years old. "She appears resilient and she has been very supportive, letting me know that I will always be her mom and she wants me to fight this cancer with all my might," she revealed.

The entire process was a gruelling one. Leslie-VanBlarcon admits that she did not want to go through it again and, initially, the thought of a double mastectomy was more than she could handle.

"It (breasts) is the thing that most of us identify with being womanly, and then I was losing both of them," she told Outlook of her feelings. Last January, with her husband holding her hand, Leslie-VanBlarcom did her double mastectomy.

It was clear that her sickness had taken a toll on him. "He worries about me so much now. It is hard for him and I understand, but you can see he worries," she said.

"She would say, 'Mom, you are so beautiful. You now have perfect breasts, you don't even need a bra. You can wear the backless dresses like the young girls and not have to worry about straps'," she recalls laughing.

Leslie-VanBlarcom did not only have family support, but she had support online as well, being very open about her journey on social media. She said that she needed the support more than she was willing to admit at the time. Being so open helped her to fight, but it was also a double-edged sword.

People were compassionate and understanding, but some persons did not know what to do or the right things to say. This caused them to blunder causing more hurt than comfort.

"I found wonderful and dynamic supporters known and unknown Facebook friends and friends of friends," she admitted. "Some people did not understand breast cancer, asking questions or making comments that, although they meant well, caused more hurt than benefit to a survivor like myself."

But this did not stop her from sharing a picture of her breast after the radiation. Though she admits it was graphic, she said it was not the worst of her pictures and she wanted people to really understand what she was going through.

"People did not understand when I said how I was feeling. But when I posted it, they appreciated it. They were like, 'This is what you were going through as a woman, while being a wife and mother and still working?'" she shared with Outlook.

Leslie-VanBlarcom has beaten cancer twice and she feels great. "I feel relatively great. I live my life serving others. I am a licensed professional counsellor supervisor working mostly with foster children. It's been a very rewarding career. I keep my lupus and oncology appointments and try to live life in the moment. I get emotional at times, but more so happy that I have survived this far and that there are others in this battle with me," she said.

Despite her fight and her struggle, she wants individuals to know that it is OK to get emotional. The process is never easy.

"Be open and honest about your feelings. Do not apologise for how you feel. Be specific about what you need, and let others know when you need space in which no advice will work at the moment, even with their best efforts, but that you are thankful for them trying."