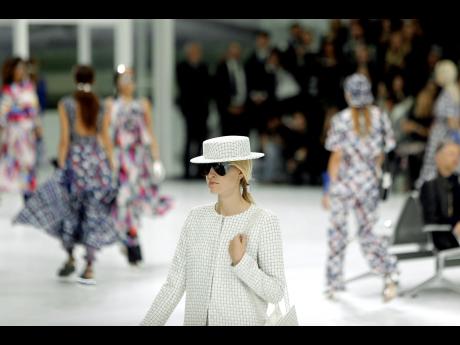 Thibault Camus
Chanel' Spring-Summer 2016 ready-to-wear fashion collection had something for every woman. 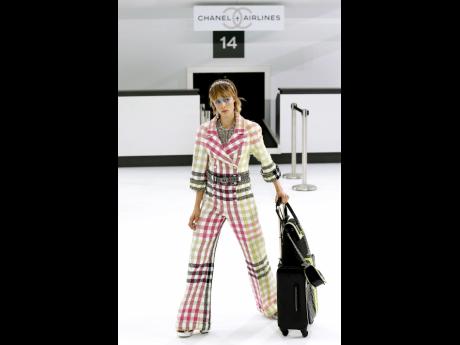 Francois Mori
The inspiration behind the collection was travel. 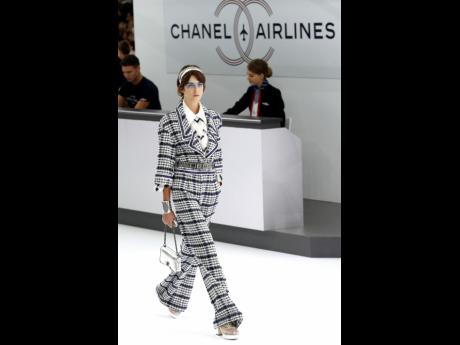 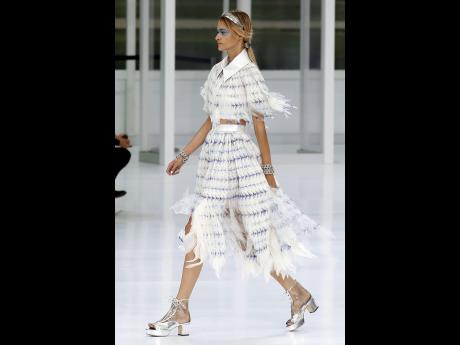 The sky was the limit in Karl Lagerfeld's aviation-themed Chanel show last Tuesday, which saw an entire airport recreated under the lofty expanse of Paris' Grand Palais.

Guests couldn't quite believe their eyes as they entered one of Lagerfeld's most ambitious shows yet.

Destinations on the board - Shanghai, Dallas, Salzburg, Dubai, Tokyo - were a showy checklist of all the cities in which Chanel has recently presented collections, highlighting the global nature of one of the world's most lucrative luxury brands.

But the show itself, bien s°r, was in Terminal No 5, a reference to the brand's famous perfume.

"The inspiration is travel, long-distance travel to every destination," Lagerfeld said, sipping a glass of mineral water from a silver platter.

The 95 diverse ready-to-wear looks riffed off the voyaging theme - with blue, red, and white sweaters slung around shoulders, dresses printed with electronic passenger data, comfy chequer sandals, and bejewelled Chanel suitcases that will literally fly off the shelves.

There were even comfy '70s flared jeans, which Lagerfeld later acknowledged were made from exorbitantly priced soft crepe.

Some of the looks in the swirling chequer patterns suffered from their pure exuberance. But the collection had a little bit for every woman from every country in the world.