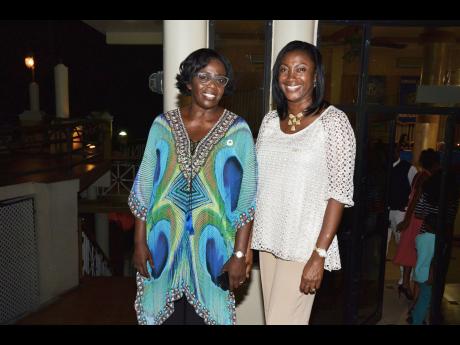 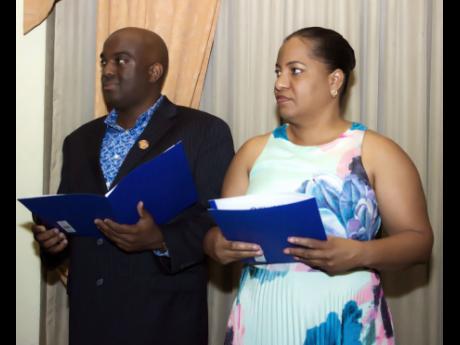 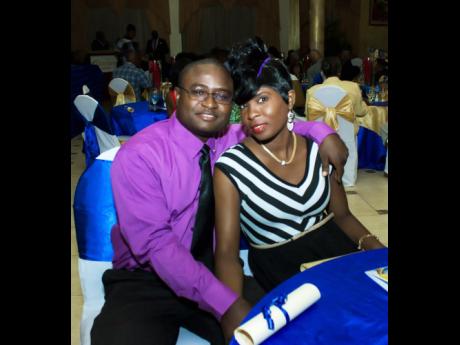 Director of the Kiwanis Club of Young Professionals, Langston Dawkins and his guest Dacy Kerr. 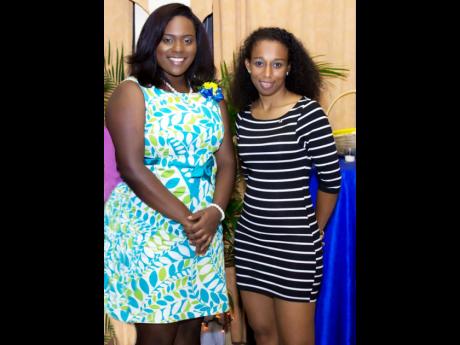 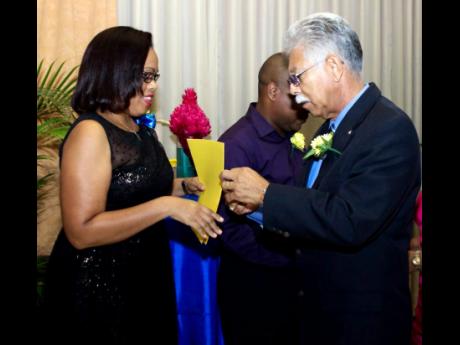 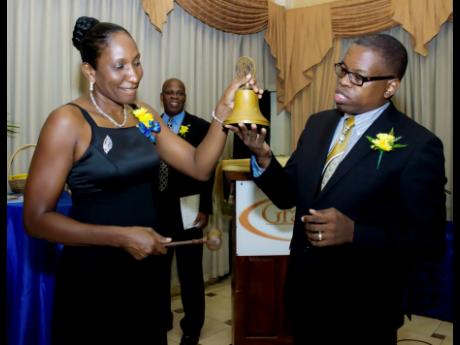 New president of the Kiwanis Club of Montego Bay, Delores Clarke accepts the gong from Lieutenant Governor of Division 25, Dr Martin Taylor during the installation ceremony. 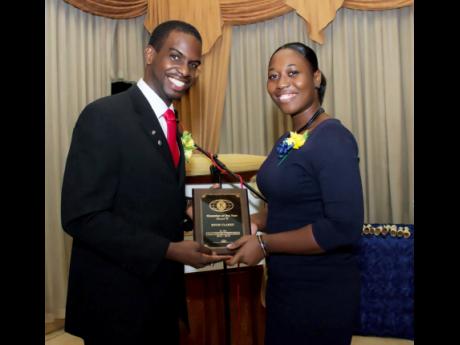 President of the Kiwanis Club of Young Professionals, Jerome Johnson, presents Myor Clarke with the prestigious Kiwanian of the Year plaque from his club during their installation ceremony at the Jamaica Grandiosa last Saturday night.
1
2
3
4
5
6
7

A year after joining the Kiwanis Club of Montego Bay, Delores Clarke was named 'Rookie of the Year'.

In two and a half years, the Montego Bay businesswoman has earned the 'Kiwanian of the Year' title twice, and last Saturday night, she accepted the mantle of leadership, making her the 35th president of the prestigious club.

Clarke shared the spotlight with two-time president of the Kiwanis Club of Young Professionals, bank teller Jerome Johnson, who boasted of the privilege of serving as chief servant of the first-ever Kiwanis young professionals club to be formed in Jamaica.

In the same breath, Johnson, an affable and very ambitious student of UWI Western Jamaica Campus, said he was humbled to be given the task of leading the 2015-2016 administrative year to greater success.

Accepting the baton with humility, Clarke, who oozed confidence as she made her first speech as president, thanked immediate past president, Floyd Lewis, for his year of dedicated service. However, she also signalled her intention to make her impact felt. "I will walk in your (Lewis') footsteps, but I will not walk behind you. I plan to take you over," she promised, pointing out that she would not be deterred by the current economic situation.

"The work of Kiwanis will be continued, one child, one community at a time," she stated, announcing a number of projects including a breakfast programme that she would embark on.

Along with the installation of the two presidents, a number of officers were installed to serve in the new year. They included vice-presidents Yolanda Granston, Hugh Miller and Megan Mollison; secretary, Khwane Gilpin, and treasurer; Barrington Watson, representing the Montego Bay Club.

The club officers who will serve the Young Professionals include, Kiwanian of the Year, Mayor Clarke, Kimiesha Salabie, Grace-Ann Hewitt, and Keena-Lee Hill.