Dear Doc: Will my large organ hurt her? 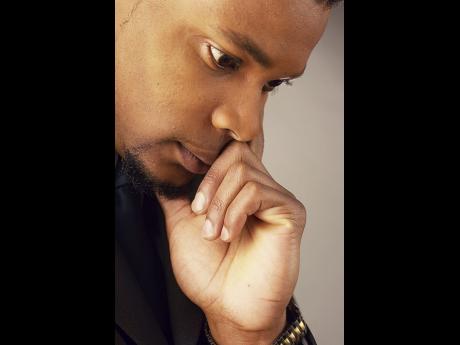 Q. Doc, I am a 31-year-old guy and I have always led a pretty 'fast and loose' lifestyle, with lots of girlfriends.

But now I have met a beautiful and somewhat older woman and have fallen in love with her. She loves me too, and we plan to get married.

But we have not had sex yet. The reason for this is that I am a little scared about penetrating her.

You see, Doc, it appears that she did a hysterectomy about six years ago. I am not too sure what that involves, but I found a book and looked it up. It said 'removal of all the female genital organs'.

So I presume that there is not much left inside her. Now the fact is, Doctor, that I have quite a large male organ. I am alarmed by the thought that I may damage or hurt her.

I need your medical advise, please.

A. Well, I am delighted to hear that you have found someone to love, and who loves you! The fact that she did a hysterectomy is not a problem-unless of course you want to have children, which wouldn't be possible.

Now the book you looked at (which was probably a pretty old) is totally wrong. In a hysterectomy, you do not remove all of the female genital organs.

All that is removed is the womb, which also known as the uterus. Sometimes, the ovaries are also removed, but it does not take away the vagina.

What this means is that a woman who has done a hysterectomy is perfectly able to have sex. There is plenty of room in the vagina. I appreciate that you feel you are rather well-endowed in the penile department. But I assure you that your new lady-love will have more than adequate space for you.

One final word: it may be that she hasn't had sex for quite a while. So during the early months of your relationship, it would be a good idea to 'take things easy.' And it would be wise to buy some sex lubricant (such as K-Y Jelly) from a pharmacy to use.

I wish you well.

Q. Doc, I am a 27 year old male, and last night I met a very beautiful woman and we ended up going to bed. I made sure to use a condom.

But unfortunately, after we had finished, I realised that I was no longer wearing it! Do you think that it's left inside of her? And would this matter?

A. Yes, it probably is inside her, and that is a serious matter, for two reasons:

1. When a condom 'falls off' inside the vagina, there is a high chance that it will spill sperms into the woman. So she could get pregnant.

2. If a condom stays inside the vagina for a few days, that can give the woman an infection - together with a very unpleasant discharge.

So you must contact this woman right away, and tell her that you think the condom came off inside her.

Regrettably, it is now too late for the 'morning after' pill. But she should go to a doctor, who can look inside and see if the condom is still there. If it is, then the doctor can remove it with a special instrument.

I cannot tell you whether she will be pregnant. But if her monthly cycle does not arrive, then she should do a pregnancy test.

Q. I am female and recently I allowed a dear friend of mine to finger me. While this was pleasurable, it resulted in a fair amount of bleeding.

Three days later, my period arrived on time (as always). But should I be concerned?

A. Well, slight or moderate bleeding is quite common after finger-play. The usual cause is that the man's nail has caught the delicate tissues of the walls of the vagina.

This is no big deal, provided that the blood loss stops within a day or so. But if by any chance you are still bleeding, you definitely must see a doctor and have an internal check - including a speculum examination. (A speculum is the instrument which lets the doctor see inside the vagina.)

Q. Dear Doc, I am a 28 year old female who is in love with my partner who is 34. We have been intimate for the past year.

He has a child from his previous relationship, so he must be fertile.

Well, I would like a baby. We have never used condoms during sex, and I am not on birth control pills either. But so far I have not conceived!

Do you think I am living my life the right way? I am being faithful to a man that has another girlfriend. I love him, but I just don't know what to do. I am jealous of his girlfriend. Any advice?

A. I feel that you are wasting your life trying to get pregnant by a man who has another girlfriend. My advice is to leave him, and live on your own for a while.

Alas, I cannot tell you why you haven't conceived. There are many possible reasons. You may well have more luck when you eventually establish a relationship with someone else. My thoughts are with you.

Q. Doctor, I have fallen in love with a much younger woman. We have not had sex yet.

She is willing to marry me, but do you think that having sex with someone half my age would create a risk to my heart?

A. No, I do not. People worry a lot about the possibility of sex causing heart attacks, but in reality this is rare. Carry on.

Q. I have been told that I have some nerve problem in my vagina. It was making having sex with my boyfriend very painful.

I went to a doctor, who told me that the nerve thing was the cause of the pain. So I secretly decided to try sex with someone else. But the pain was just as bad.

Please tell me: what is this nerve problem which is giving me such terrible pain during sex?

A. Sorry to hear about all this. My guess is that you have a condition called vestibulitis. This causes a woman intense pain whenever anything touches the opening of her vagina. There is a very similar disorder called vulvodynia.