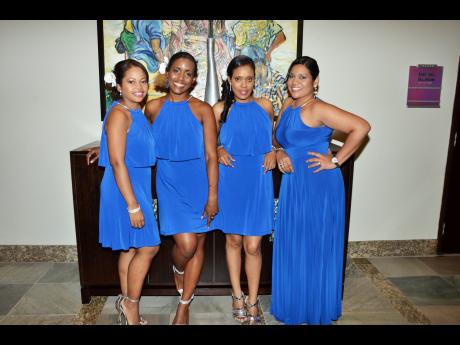 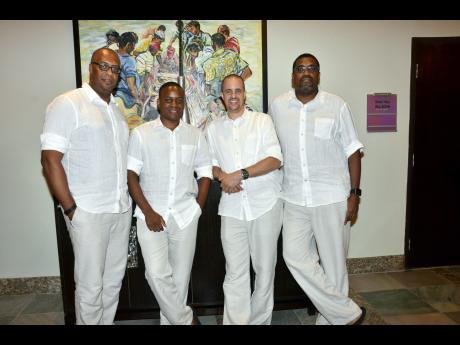 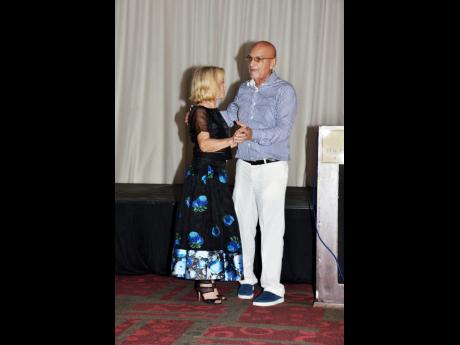 Parents of the groom, Senator Noel Sloley and his wife Sharron. 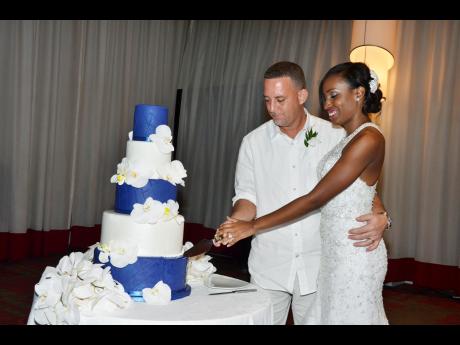 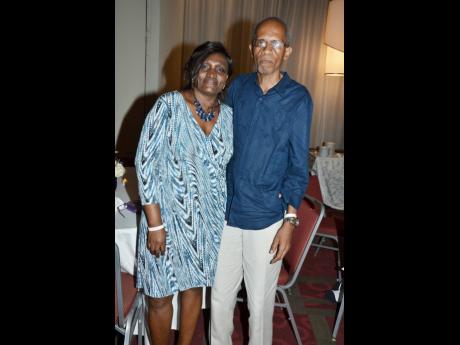 Parents of the bride, Peter Duncan and his wife Evelyn. 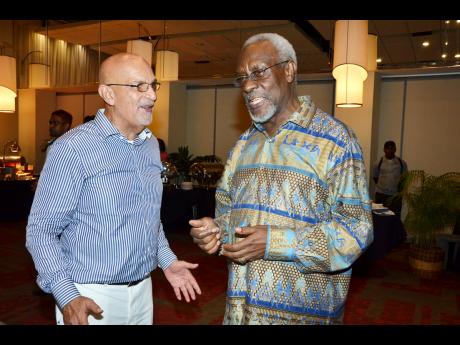 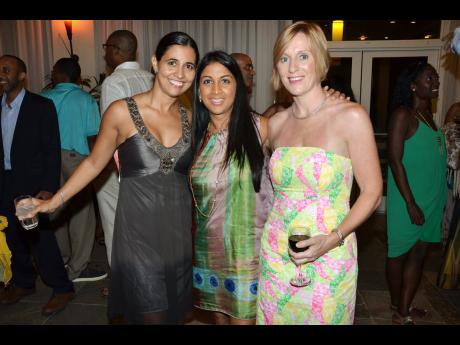 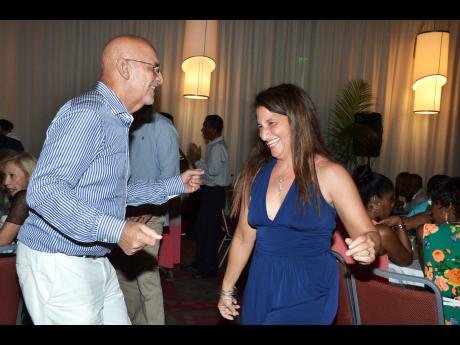 Father of the groom, Senator Noel Sloley dances with his daughter Lisa during his son's wedding reception. 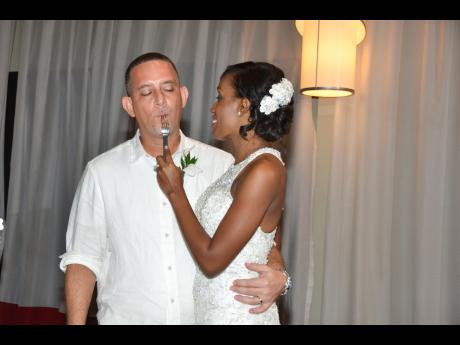 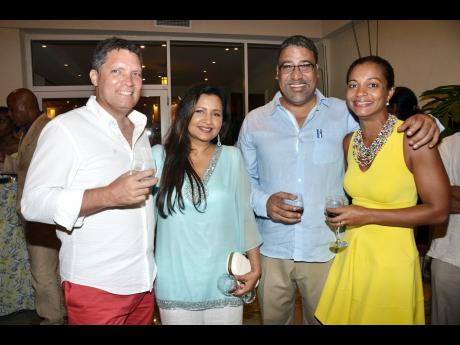 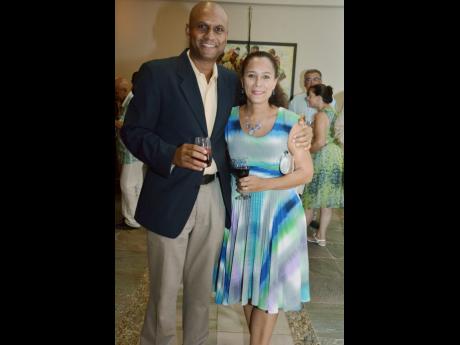 Joseph and Evelyn Smith at the wedding reception for Noel Sloley Jr. and Dr Alicia Duncan. 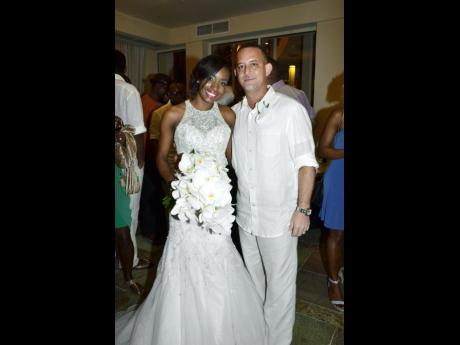 This was not going to be a traditional wedding, and the rain got a hold of this information and tried to stop the after party.

However, there was no stopping the party that Senator Noel Sloley and his wife, Sharron, had planned for their son, Noel 'Sport' Sloley Jr, and his bride, Dr Alicia Duncan.

After six years together, the couple finally made the plunge "to have and to hold, in sickness and in health, for richer or poorer, for the rest of their lives", in a beautiful ceremony at the Aqueduct at Rose Hall last Sunday afternoon.

The beautiful afternoon ceremony, attended by an intimate group, was spared the temperamental rainfall, but the reception had to be moved to the ballroom at the Hilton Rose Hall, where Senator Sloley got the opportunity to show his 'rhythm' and prowess at stand-up comedy.

Accompanied by DJ Fingers and carefully selected music, Sloley took control of a wedding that he claimed would have no long speeches. Instead of the regular master of ceremonies, toasts to the parents of the couple, groomsmen and bridesmaids, the goodly senator had the room in stitches, giving anecdote after anecdote of Sport Sloley's young days.

When it came to his new daughter-in-law, he described her as a combination of beauty and brains, "with great intellect and personality that you want to be part of".

Paying tribute to the bride's parents - Evelyn and Peter Duncan - he told them: "You can be very proud of the wonderful, beautiful, gorgeous, brilliant, self-confident, assured, precocious, feisty and elegant young woman that you have developed."

With each statement came a musical selection, including Love and Happiness and Soca Train as this father signalled his immense joy at watching his son take unto himself a bride.

Sport Sloley and his new bride sat quietly, laughed as much as they could, but accepted that the next day would be theirs to have - Sunday, belonged to their proud parents.

The bride is a paediatrician, while her husband is an integral part of the management team at Jamaica Tours Limited, one of the largest destination management companies in the country.

Their friends, Junior Taylor, Michelle Whittaker, Tricia and Scott Robbins and Carol Bourke worked hard at ensuring their wedding ceremony was extra special. Meanwhile, the staff at Hilton Rose Hall outdid themselves, and again, pastry chef Alicia Woodbine showed she was in the class of great chefs of this world.