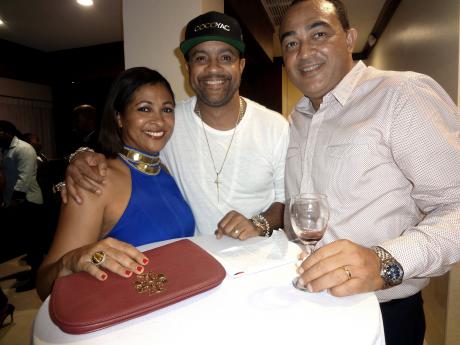 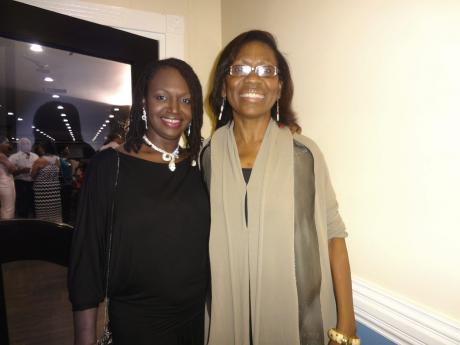 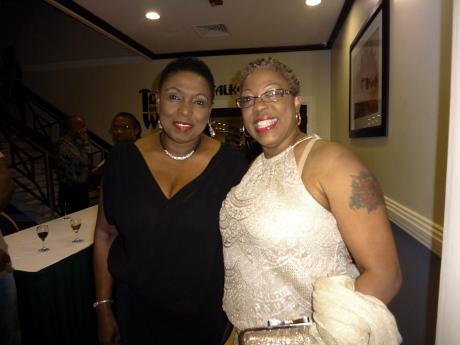 Barbara Ellington
Olivia 'Babsy' Grange and her sister Grace Grange Johnson who flew in from New York for the occasion. 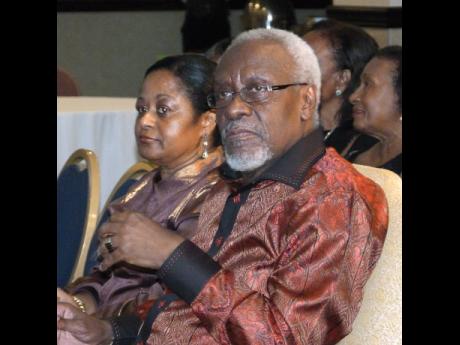 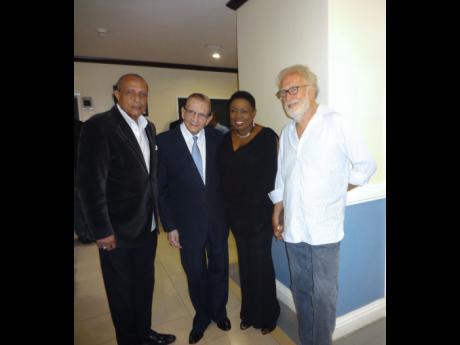 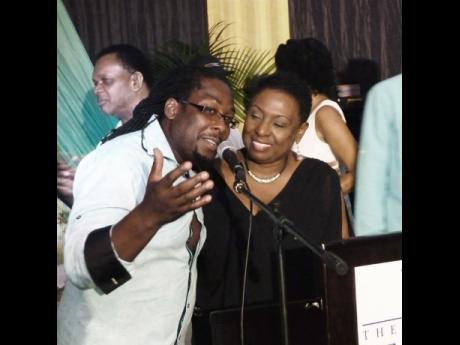 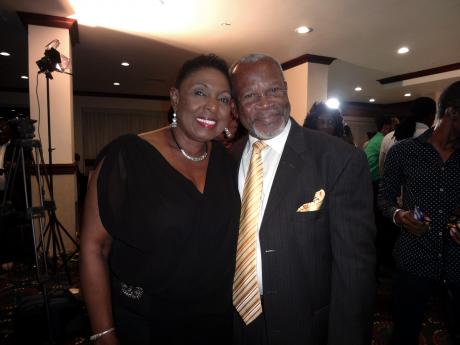 Barbara Ellington
Olivia Grange and Silvera Castro, master of ceremonies for the reception to celebrate her national award at The Jamaica Pegasus hotel on Monday, October 19. 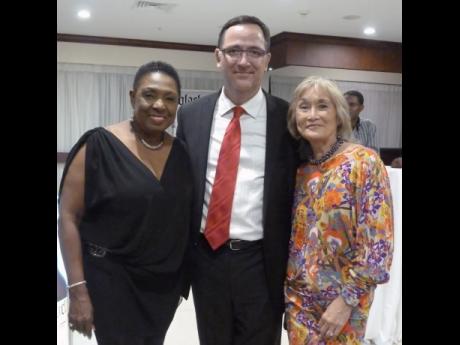 Monday, October 19 will long be remembered by Olivia 'Babsy' Grange as the day when she received the Order of Distinction in the rank of Commander for service to the Jamaican Music Industry.

It will also hold special memories of a night of celebration with family, colleagues and friends at The Jamaica Pegasus hotel's Talk of the Town.

They came from near and far to celebrate, offer toasts, travel down memory lane, provide musical favourites, and dance the night away. Master of ceremonies, Silvera Castro guided the formalities ensuring that everyone had a chance to congratulate the celebrant in their special way.

In his tribute, Grange's mentor, former prime minister Edward Seaga, recalled meeting young Babsy when she was 13 years old, at a revival meeting where "she jumped and danced up a storm". His words to her then were, "we have a far distance to travel", have proved prophetic. Noting that few deserve the honour as Grange does, Seaga said he has not met many who have worked as hard over the years as Grange. "She works her staff so hard, I have to remind her that slavery is over," he quipped.

Former Prime Minister P.J. Patterson also went down memory lane in his reminiscences about their years as parents of daughters attending Campion College. Referring to her as his sister in the struggle, Patterson said, "Politics is serious business, but we are a nation and must work together as one." He said Grange has been engaged in the promotion of our culture and she deserves our applause.

Opposition Leader Andrew Holness noted that many musicians owed their careers to Grange because she has an eye for talent. "This is well deserved, but it's still not enough," he said, revealing that she was the one who encouraged him to enter politics. "She is compassionate, she never says no, she remembers everyone and she is the heart, feeling, emotion, and conscience of the JLP; she pays attention to detail, cares about the dispossessed and vulnerable and represents the essence of what it means to be Jamaican."