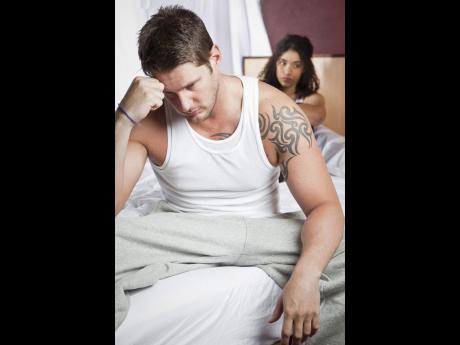 Q. Doc, I am a 31-year-old man and I am very concerned about oral sex.

My problem is that I just do not like it. But I find that these days, women seem to expect me to do it! I do not think that this was so when I was a teenager.

I have a new girlfriend, who is a few years younger than I am. I think she is wonderful. In fact, I love her, and she says she loves me. It would be great if we could get married next year, and then maybe start a family.

But unfortunately, she expects me to give her oral sex around once a week. She likes it very much, and it seems like it is the only way she can discharge. Having intercourse does not make her orgasm, as perhaps I am doing it wrong?

To be honest, I just do not like giving the oral sex. I have not got used to the taste. The aroma is OK by me but the taste is something else.

What can I do, Doc? I do not want to ruin a beautiful relationship over a little thing like this.

A. Sorry to hear about your problem. I think it is unlikely that you are doing intercourse wrong.

Why? Well, if it is properly done, it gives women quite a lot of pleasure. Quite a few women find that it is a guaranteed way for them to orgasm.

You are obviously doing this right, because whatever you are doing is making your girlfriend orgasm. So I feel that you can congratulate yourself on your skills.

However, the fact remains that you do not like the taste of the female secretions - and you are not alone.

Happily, there is a way around this difficulty. Scientists have developed something called a dam - sometimes known as a dental dam. This is a small square or rectangle material, usually latex. It is very thin, and often brightly coloured. The idea is that you place it over the vulva (that is, the opening of the vagina), then you apply your mouth to it. Because this is a very thin barrier, it's easy to stimulate the clitoris and adjoining areas.

The original idea behind the sexual dam is that it would help prevent infection. But it soon became apparent that dams were also useful for those who did not particularly like the taste of vaginal fluid.

By the way, the dams are not supposed to be reusable, so after you have used one, you should throw it away.

Where could you get these dams? Well, I have sometimes seen them in pharmacies in Jamaica - usually tucked away behind the condoms. But today, it is very easy to buy them via the Internet. Just tap in the words 'Buy Dams'. There are currently, around eleven million websites which show you how popular these items are.

However, if you cannot obtain the dams or afford them, there is an alternative. Experts say that it is perfectly OK to cut up a (new) condom so as to make a dam. You just cut off the top and the bottom, and then slit it lengthways. Next, spread it out, so that it makes a square or rectangle. The same thing can be done with a female condom.

One final point: Please talk this over with the woman you love. Show her this article. Make it clear that you do want to please her and make her orgasm. Ensure that she is happy with the idea of using a sex dam. Don't just spring it on her!

Q. Although I am still quite young, my doctor has put me on hormone replacement therapy (HRT).

However, I do like sex a lot, and I have a new boyfriend.

Can I assume that the HRT will keep me from getting pregnant?

A. No way! It is a common mistake to think that HRT is a contraceptive. It isn't, so you need to find some reliable way of protecting yourself.

Q. To my surprise, I have just discovered that one of my testicles is smaller than the other. I don't know how I failed to notice it all these years!

I have fathered three children, and I still have a pretty active sex life, doc. Does it matter that I have one very tiny testicle?

A. Not really. My guess is that you have always been like this, and that the normal-sized 'ball' has simply done enough work for two.

But I do think you should have a quick check-up from your doctor. He or she may wish to do a test called an ultrasound scan, just to ensure that there are no significant problems inside your scrotum.

Q. I am a 34-year-old female with a very active sex life. My doctor wants me to stop taking the Pill because she says I have a very high risk of thrombosis.

Could I do that skin patch instead?

A. No. The skin patch (Evra) contains the same two hormones as the Pill. So it, too, carries a risk of thrombosis (clotting). Therefore, you should seek out some other method - like the coil or the Mirena.

Incidentally, I wonder why your risk of thrombosis is high? If it is because you are a smoker, then you should quit!

Q. I'm a 36-year-old man and I had to leave Jamaica a few years ago. When I returned, my wife and I were delighted to see each other, and we have had fantastic sex since.

But one thing bothers me. Since my return, she has been having some very intense orgasms. And when she climaxes, she screams out my name very loudly!

That is a big change in behaviour. Is it a sign that she was cheating on me while I was away?

A. That cannot be evidence of unfaithfulness! I can think of several reasons your wife now has intense orgasms and shrieks out your name at her moment of intense pleasure. They are:

1. She is highly delighted that you are back home again.

2. She is a little older, and as women get more mature, they are often able to have more powerful orgasms.

3. You may have grown a little more skilled in stimulating her.

So just enjoy the fact that she shouts out your name. If she started screaming out someone else's, then you really would have cause for concern.