I caught my wife with my best friend 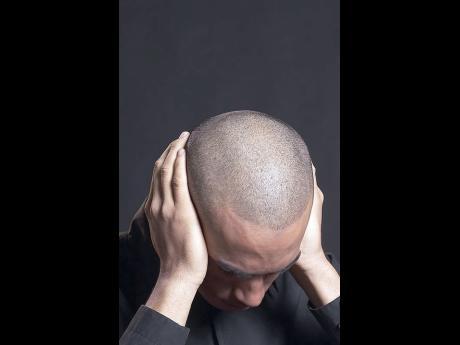 Q: Doc, I would like your professional view concerning a delicate matter which involves my wife and my best friend.

My wife and I are coming up to our 10th anniversary, and my friend and I have known each other from school days.

But four weeks back, I came home early, went into my bedroom and found my best friend on the bed, between my wife's legs. They were both naked.

My instant reaction was to get a machete from the back of the house. But within a few seconds, I realised that that would be a wicked thing to do. So I just sat down in the kitchen, and poured myself a small drink.

After a few minutes, both came into the kitchen fully clothed. My wife was crying, and she tried to hug me. My friend was saying 'I'm sorry, I'm sorry.' And he tried to shake my hand. But I just yelled at him.

After half an hour, I calmed down and we all sat down and tried to talk it over. My wife begged my forgiveness. But I did not give it.

They both said that it was the first time that they had been to bed. My friend said that he had just called around with some grocery supplies for us. He said that the two of them had suddenly started kissing - and then 'fallen into bed.'

Well Doc, since that afternoon, things have been very difficult at home. I have not been able to have sex with my wife, though she has begged me to. One good thing was that last week her menses arrived, so at least we know that she is not pregnant by my friend!

A few days ago, I arranged to meet my old friend in a quiet bar. Doc, he was very contrite. He told me that he had always found it difficult to control his sexual appetite. A few years ago, that had caused the break up of his marriage. In fact, I had long been aware that he was what they call a 'ladies' man.'

He begged for my forgiveness, and after much discussion, I did say to him 'I forgive you.' I am a religious man, and that seemed to be the right and proper thing to do.

But there remains the question of my wife. At the moment, we hardly touch each other. And since that terrible day, I have not been able to say 'I love you' to her. But I do, I really do, Doc. Also, she keeps saying she loves me and not the other guy.

Well, I have three questions for you, Doctor:

1. Why did my lifelong friend betray our friendship, and seduce my wife?

2. Did sex really happen only once, as they claimed?

3. What can I do to get my marriage back on track?

A: Well, this is a sad situation. But I do think you will be able to sail your marriage into calmer waters.

I must say that I admire you enormously for forgiving your friend. Very few husbands would have done that! It seems to me that you are a man of innate goodness and charity.

Let's deal with your first question. Why did your friend betray your friendship and have sex with your wife? Well, you are probably not aware of this, but there are a few men who really live their lives seducing women. They think it is all right to coax any woman into bed, regardless of whether she is married or not. It does not seem to occur to them that their actions may cause great harm!

Men like that will happily sleep with their best friend's wives if they think they can get away with it. I guess that your old friend is one of those 'serial seducers'. For that reason, I think that you should terminate this friendship now! Don't give him the chance to sleep with your spouse again.

As to your second question, I feel it is quite possible that this was not the first time he had sex with your wife. But I doubt if it would be a good idea for you to pursue that 'angle'.

Third question: What can you do to mend your marriage? I strongly recommend that you and your wife see a marriage counsellor, or similar professional, in order to have a good few months of 'talking sessions'. Sooner or later, you must start touching each other again, and eventually return to having sex.

However, before you do that, I feel your spouse should have a test for chlamydia. It would not be surprising if this 'Lothario' had given her that particular bug.

Should I give up the Pill

Q: I am almost 40, and I wonder if I should give up the Pill? I really love sex, so I must have some protection!

A: Well, I am not too happy about women staying on the Pill into their late 30s because I am concerned about the slight risk of thrombosis (clotting). So I think you would be wise to consider some other method, such as the mini-pill, the coil (or IUD), the Mirena, the jab, or perhaps the cap or the diaphragm.

Please see a doctor (or maybe a family planning-trained nurse), and talk about your options.

'Raw' spot on his penis

Q: For the last two years, I have noticed a little 'raw' spot on my foreskin. To begin with, I ignored it.

But now it is getting a little bigger, and it sometimes bleeds during sex. I am inclined to think that it will go away. But my wife says I should see a doctor.

A: Your wife is right. There has to be a chance that this is cancer of the penis. That disease arises in the foreskin over a period of several years. Incidentally, it does not occur in men who are circumcised.

So what you need to do now is to see a doctor - fast. Don't worry, this can be removed. But don't leave it until it is too late.

How long should a period last

Q: Doc, how long should a menstrual cycle be in a 30-year-old woman?

I have read that the menses are supposed to arrive every 28 days. But I have counted up, and mine are mostly 32 days apart. Sometimes they are a day or two less than that, and sometimes a day or two more.

Is that OK, Doc? Or should I be worried?

A: Traditionally, it has always been said that women's periods should be 28 days apart. Long ago, this idea was reinforced by the fact that people knew that the moon has a 28-day cycle. It was widely believed that the moon influenced the menses - which, of course, is not true!

In reality, the average length of women's menstrual cycles is around 26 to 27 days. But 32 days is OK, providing that the periods are fairly regular. In other words, it's all right for you to 'score' 31 days one month, and, say, 33 days the next.

If in doubt about any irregularity, please check with your doctor.