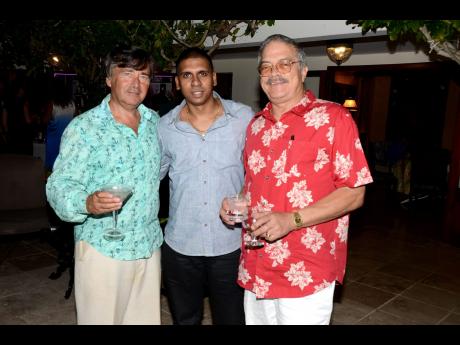 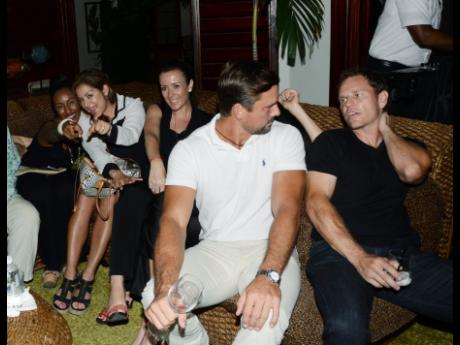 Clowning around (from left) are VIP Attraction's Allison Callam, Lily Russell, Ana Hinojosa, while engrossed in conversation are tennis star Jan-Michael Gambill (who has beaten Roger Federer in the past) and Michael Russell. 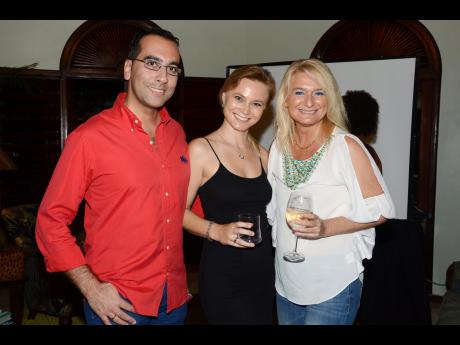 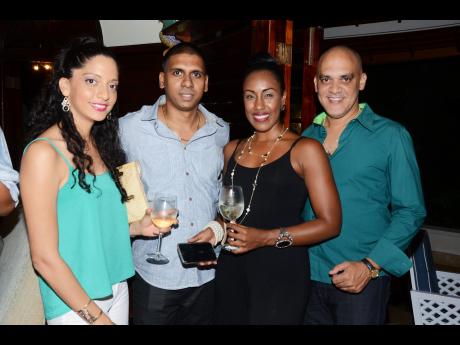 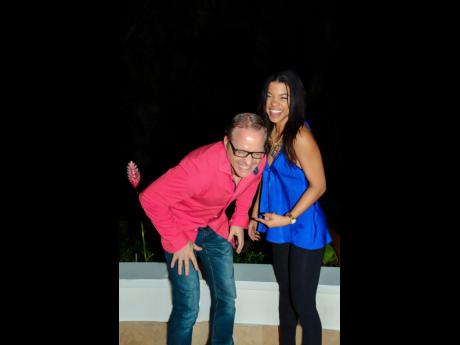 Iberostar's Philipp Hofer and Wray and Nephew's Tanisa Samuel in a jovial mood. 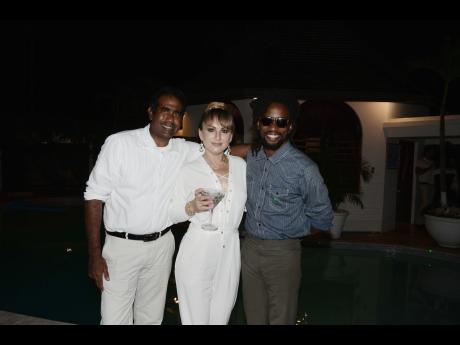 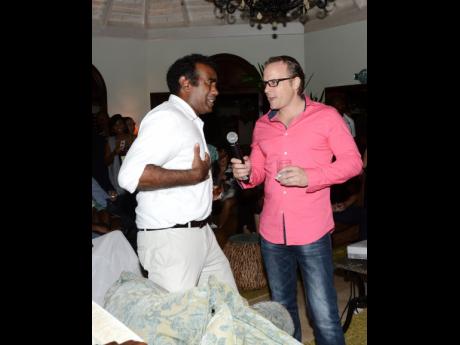 Richard Ferdinand (left) and his best friend Philipp Hofer singing their hearts out at Thanksgiving dinner at Coo Yah Villa at the Tryall Club. 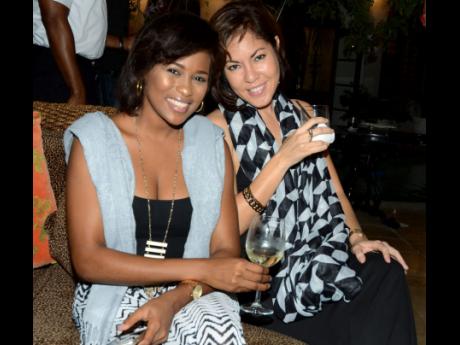 Texan businesswoman and Tryall homeowner Maria Roberson opened up her fabulous four-bedroom villa, Coo Yah, in Hanover, to an intimate group of friends to celebrate Thanksgiving on Thursday, November 26.

Set amid lush landscaping overlooking the Tryall Club's championship golf course and the Caribbean Sea, Roberson's holiday home paid homage to the traditional American feast, offering a turkey dressed with sprigs of rosemary and thyme, roasted to perfection and garnished with grapes.

Roberson's in-house chef, Nadia Bolton, presented a tasty treat of mac and cheese, glazed spiral ham, topped with pineapple and Maraschino cherries, the usual suspect - cornbread was in tow, while flavourful steamed greens toned down the many starches. Of course, the inevitable stuffing and cranberry sauce were featured, proving yet again that no roasted turkey can be served without it.

Philipp Hofer and Richard Ferdinand, did their 'bro' piece, while Anna-Kaye Russell and her sweetie-pie John Byles went for a couples rendition.

NoMadz lead singer Chris Gordon, could easily have blown all the other performers out of the water, but instead opted to MC an unforgettable evening of music and food. Here are the highlights.