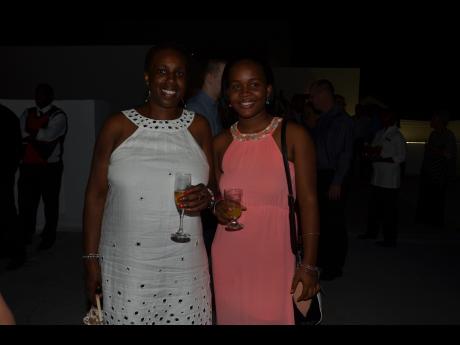 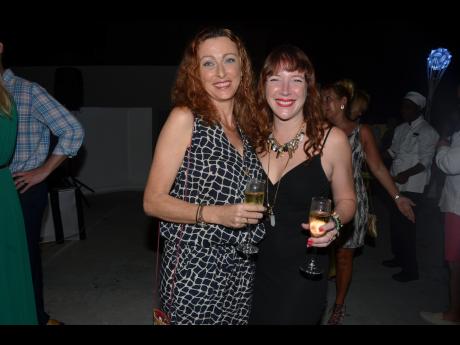 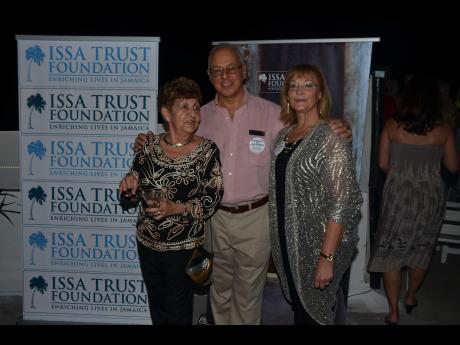 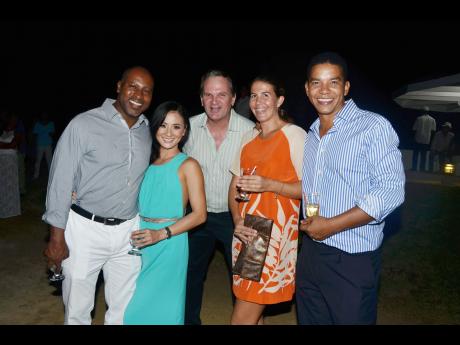 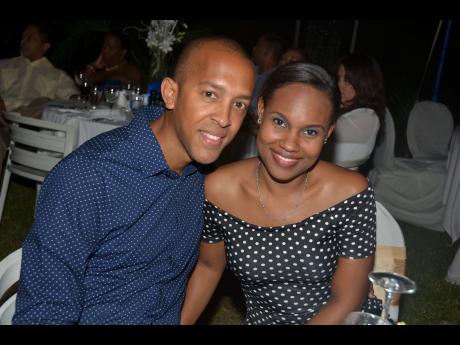 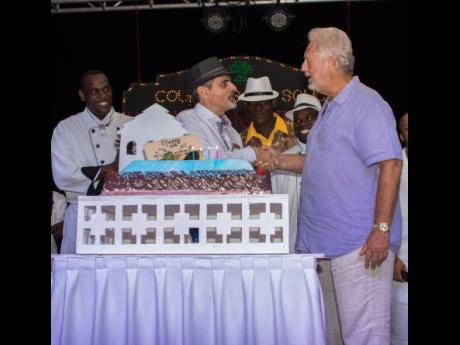 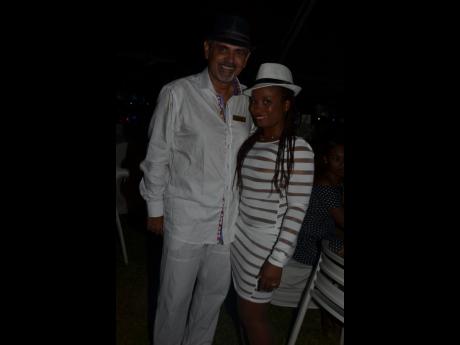 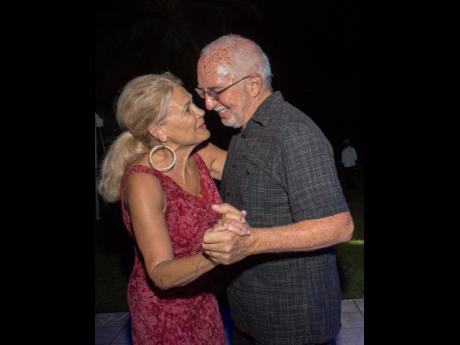 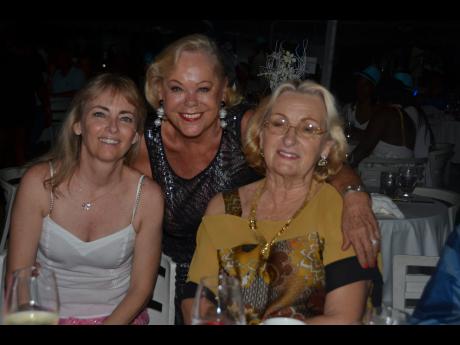 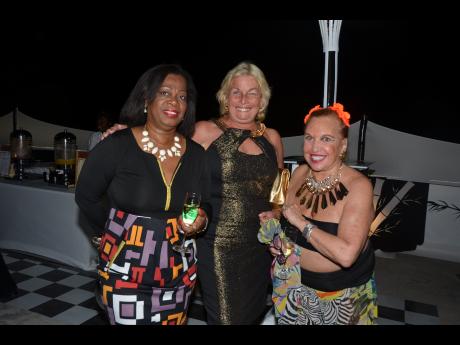 From left: The beautiful trio of Marjorie Grossett, Jeannie Watson and Carole Cartade. 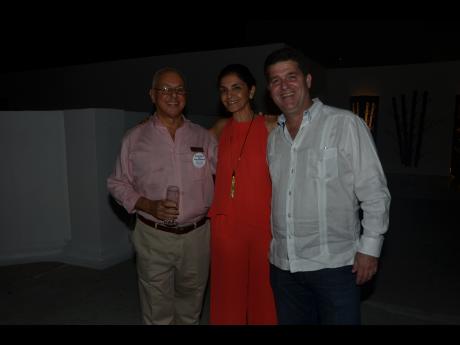 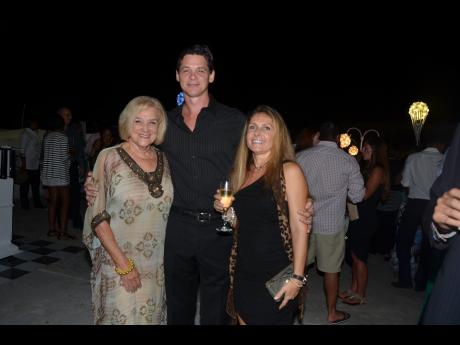 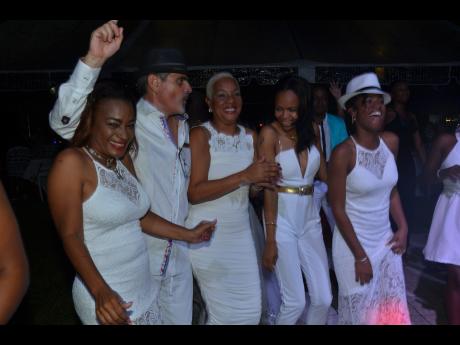 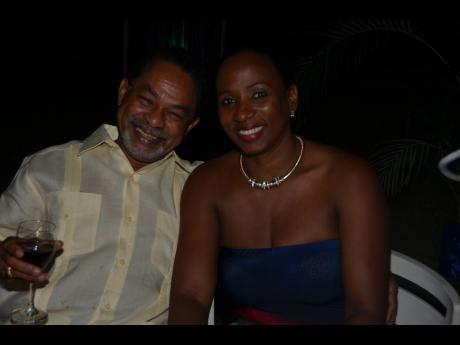 Attorney-at-law Maxim Clark and his wife, Joy, are all smiles for our camera the 10th-anniversary celebrations of Couples Sans Souci. 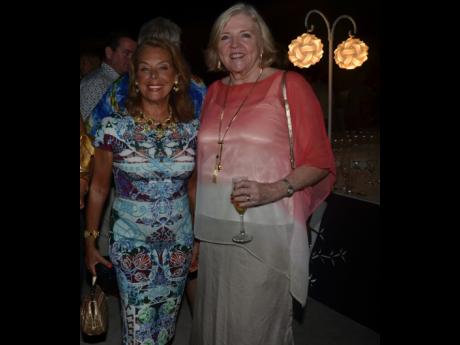 There's a reason Couples Resorts has retained such a loyal relationship with its guests over the years. It involves keeping standards high, hiring the best staff, and being able to throw one heck of a party.

On the night of Friday, January 15, all three of these features were on grand display as the majestic Sans Souci property in Ocho Rios celebrated its 10th anniversary.

The resort's perfectly manicured, expansive lily pond was the location of the big 10th-anniversary party that featured an outstanding display of culinary expertise and musical treats. The evening started out on the resort's main lawn, where cocktails and music by Nialah Henry set the mood for celebration.

A video presentation featuring staff members showing off their dancing skills was displayed on a big screen set up and was a favourite among guests, who were later urged to make their way to dinner.

The spread of food, desserts and top-shelf liquor added to the already festive feeling. An all-female line-up of Charmaine Lemonious, Karen Smith, Judy Emanuel, Cameal Davis, Silhouette and Alecia Fleming rocked the house with their renditions of hit songs of the past decade, including singalong favourites from BeyoncÈ and Alicia Keys.

The dance floor was ground zero for unadulterated partying and a very long and vigorous conga line transported guests to the nearby nude beach, where a spectacular fireworks display capped the night in tremendous fashion.

On Saturday night, it was time for the famed Couples Tower Isle Resort to celebrate its 38th anniversary.

Cocktail mixes dubbed Love Spell were offered to guests upon arrival at the reception held on the roof of the Patio restaurant. A live band

provided the perfect background music for the reception attendees, who were busy meeting and greeting, sipping libations, and partaking of delicious finger foods. The resort's general manager, Leonard Henry, welcomed guests and thanked them for their support over the years.

Dinner, which was to be enjoyed by the poolside, flowed on to the beach, and featured the most

heavenly creations imaginable. Crab legs, turkey, lobster, lamb, ribs, fish and so much more - all masterfully prepared by the best in the business - were the highlight of what was, even by the highest standards, was an exceptional celebration.

The night was capped by one of the best in the business - the indomitable Karen Smith, who ensured that no feet stayed idle. And, with spirits high and festivity in full swing, they partied the night away.