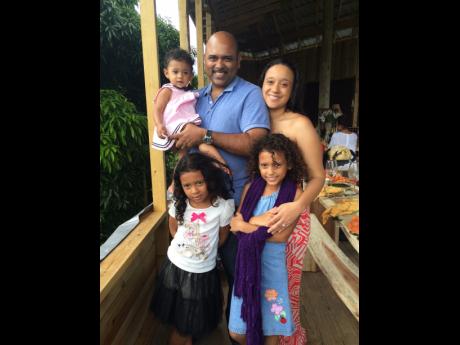 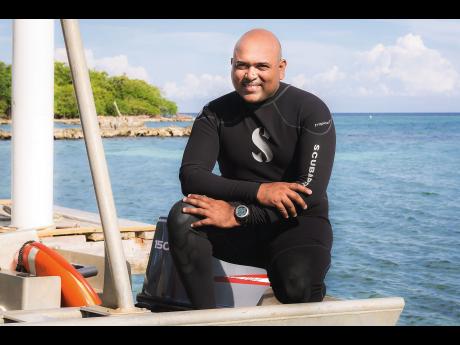 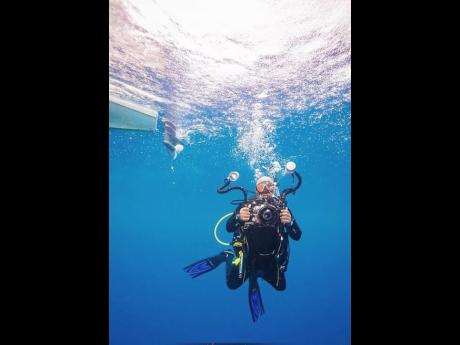 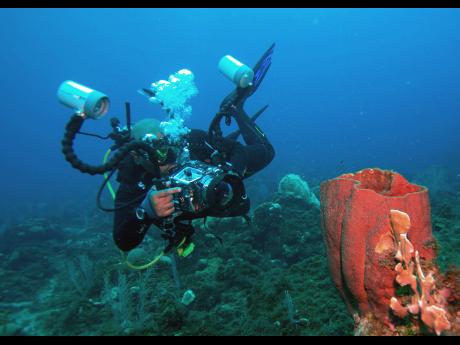 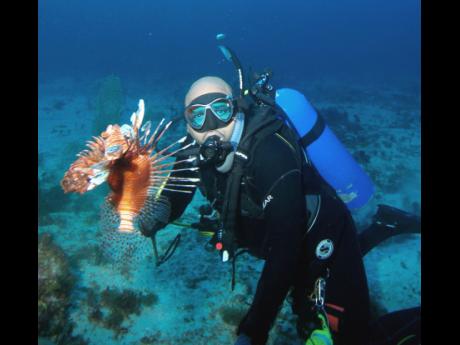 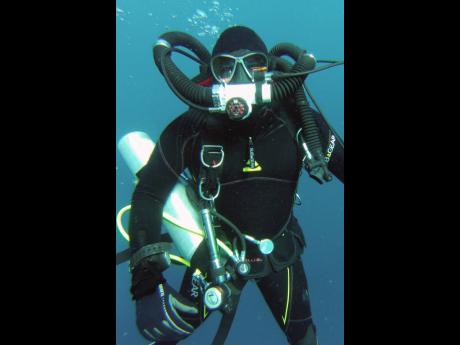 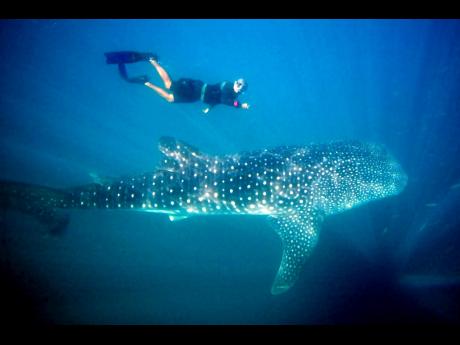 As long as he can remember, Dr Dayne Buddo has been captivated by the world under the sea. "I still remember watching black-and-white television shows about deep-sea explorations, and being totally fascinated," he told Outlook. "But, as with most children in my generation, there was an enormous fear of the sea. I did not learn how to swim until I was a teenager, and never saw under water until I was almost 20 years old. I am very fortunate that I now get paid for my childhood dream job!" Buddo is one of two marine biologists in Jamaica specialising in invasive alien species in our waters. "As a marine biologist, I enjoy the exploration of the ocean and trying to find solutions to our many problems. I was the first to do significant research on marine invasive alien species. I am very interested in how new species take over an area and out-competes species that have been there for hundreds of years," he said. "Invasive alien species cause significant negative impact on a country, and I am a very solution-oriented person. I seek out ways to fix problems that have national and regional impact." One of those problems has been the invasion of our waters by the notorious lionfish. Buddo's work on invasive species has advanced Jamaica and the region's efforts in controlling these fish. He has published several articles on marine invasive species in the region, including co-authoring a book on lionfish management in the Caribbean. "In many parts of Jamaica, the lionfish is under control, showing numbers less than 50 per cent of what they used to be when the invasion began eight years ago. This is mainly due to nationwide interest and efforts to remove lionfish regularly including fishermen, dive operators, tourists, and recreational divers."

Buddo was born in the small district of Esher in St Mary. So far, he has completed more than 5,000 dives in more than 30 different countries. His dives have takes place as close to home as The Bahamas, east and west coasts of the United States, Barbados, The Cayman Islands, Dominican Republic, and as far away as New Zealand. One of his most exhilarating dives happened in 2014 when he got a chance to swim with the world's largest fish - the whale shark. "This is perhaps the most excited I have ever been in the water. We were on an expedition with the TBA21 Academy in Mexico aboard the Dardanella. We went to a small bay in the Sea of Cortez, and we were free-diving all day with about 30 whale sharks. Most of these whale sharks were more than 20 feet in length. Their beauty was something to behold! They allowed us to get very close (within reach) while they were feeding. In some instances, I was around several of them at the same time. And to top it off, several dolphins were also in the area and came to play with us. It was an exhilarating and totally amazing experience." He also has fond memories of a dive he did at the Cabo Pulmo Marine Reserve, in Mexico. "This area was in a very bad state 20 years ago, and through the sacrifices and enormous efforts of the fishermen in protecting this area, the fish have returned. A few years ago, I got the opportunity to see first-hand the changes under water. And, shortly after starting the dive and immersed in hundreds of fish, we were greeted by two large Bull Sharks, one of the most aggressive sharks in the world. This was especially important, as the return of these top predators means that the marine environment is now doing well. They spent the entire dive with us, and I was very comfortable around them."

Buddo noted that fishermen play an integral role in helping scientists protect the marine world. "I try to go out with fishermen as much as I can, especially when I'm working in fish sanctuaries or doing any conservation work. It helps them to see the problems we are trying to fix, as these solutions benefit them directly. They become a bit more informed about some of the problems we face, and in many cases, they start being a voice for sustainable practises and marine conservation."

As if he's not busy enough, with days that begin at six a.m. with three to five hours spent under the sea, usually in places far from home, Buddo is also a teacher. He is a PADI master instructor, having certified more than 200 persons from entry-level open water divers to instructors.

"I love training persons to experience the underwater world, especially for the first time."

He has also taught courses at the University of the West Indies at both the undergraduate and graduate levels, and has served and continues to serve as a research supervisor for several master's and PhD students in marine sciences.

Married to Dr Thandi Buddo (diving medicine physician) for 12 years, they are raising three future sea-lovers. His daughters - Jordan (9), Zoe (6), and Riley (1) - all love the sea. "Jordan and Zoe snorkel with me when I can, and in a few months' time, Jordan will start her training with me to become a certified PADI (junior) open water diver. She is very excited about that! Zoe is next in line when she gets to that age."

Buddo has been a consultant for marine projects for CARICOM; Government of Japan; the World Bank; International Maritime Organisation; The Nature Conservancy, among others, and has conducted work in more than 30 countries.

He has worked closely with the United Nations Convention on Biological Diversity; International Union for the Conservation of Nature; United Nations Environment Programme; the Global Environment Facility; The National Oceanic and Atmospheric Administration.