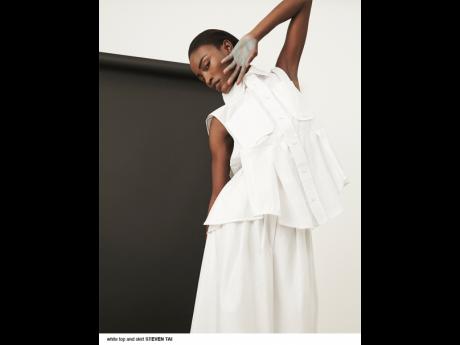 Alicia Burke's remarkable journey to the top of modeling continues. The hot Pulse superstar enjoyed the unveiling of her new Ralph Lauren campaign last week. Fans will remember that Alicia missed her own party at the start of the year, called away to shoot the new Ralph Lauren campaign with Steven Meisel. Now the release of the new campaign caps a remarkable first quarter of 2017 - one in which she shot several new campaigns and editorials and walked a staggering number of shows for the recently concluded season.

Alicia is capturing not only the attention of global fashion fans, but even her peers are caught up in the excitement. Gigi Hadid's Instagram post to her 32 million followers - "One of my favourite runway moments ... stunning Alicia Burke (in Tommy Hilfiger)", proves that Burke's success is not only the envy of the world's top models, but it also draws their admiration as well.

Back home for a few days last month to enjoy some much needed R&R, as well as get in some apartment hunting, which she started over the Christmas holiday season, Alicia was barely able to catch her breath before Paris came calling.

The pace has not slackened and, in fact, has increased - New York (a few times), London and Paris (multiple times), Stockholm, Cape Town, Kingston, and Milan in the past six weeks! All this was unimaginable when the young woman from Bullet Tree District in Old Harbour entered the Pulse Model Search two years ago.

Models.com did its second shoot with the Jamaican beauty in January, photographed by Mariano Vivanco, as the online modeling authority no doubt prepares to rank the fast-rising superstar. Back in mid 2016, Models.com declared Alicia "the perfect canvas". Models.com already rates the Jamaican as one of a handful of new faces model-industry insiders have picked to reach the top of the global industry. Watch for the latest on Alicia from Models.com later this month.