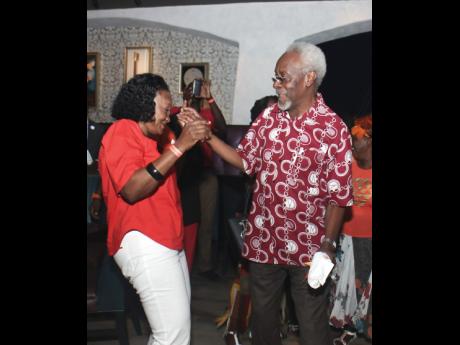 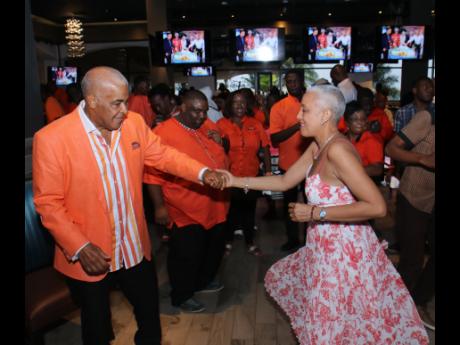 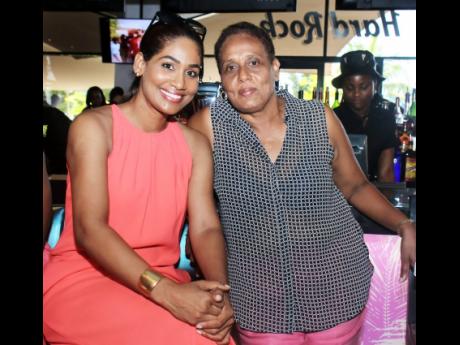 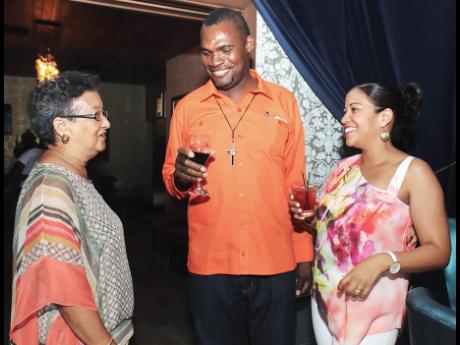 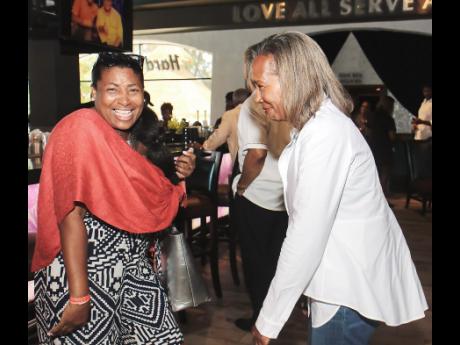 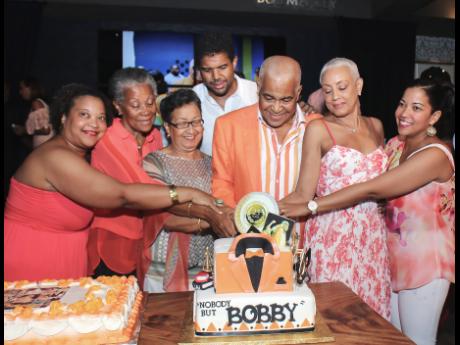 Ashley Anguin
Robert Pickersgill cuts his 25th anniversary cake with his family (from left): his niece Kira, his sister Sonia, his sister-in-law Fae, his nephew Omar Casserly, and his better half Suzanne Constantine and niece Karen Pickersgill.- Ashley Anguin. 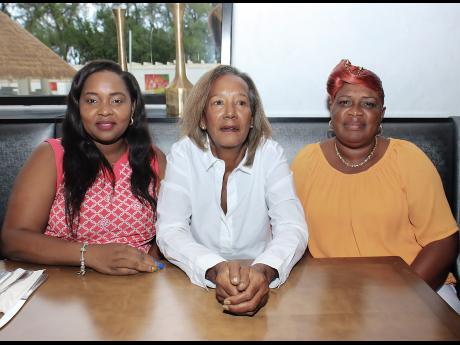 COMRADES, FRIENDS and family gathered with Robert ‘Bobby’ Pickersgill to celebrate his historic milestone of 25 years as chairman of the People’s National Party (PNP) on Sunday, May 1 at the Hard Rock Café in Montego Bay, St James.

Many persons gave glowing tributes to the PNP stalwart. In his response, Pickersgill first gave thanks to God. “First of all, I give heartfelt thanks to the Almighty who has blessed me unreservedly over these 25 years. In this regard, the good Lord has worked through several agents, chief of which is this glorious 78-year-old organisation called the People’s National Party. Comrades, I love my party,” he said.

He further stated that the PNP has played a critical role in his personal development. “I owe a lot to this great movement and it continues to be good to me,” he said.

He told all present that P.J. Patterson was the one who brought him into the PNP and has been and continues to be his role model. He thanked other party stalwarts such as Portia Simpson Miller, the late Eric Bell and Eric Frater, and chairman of Region 6, Ian Hayles.

In paying tribute to his North West St Catherine constituency, he said: “I am now referred to as the ‘Seven Star General’, mainly because under my stewardship and their commitment, dedication and hard work since 1981 we have never lost an election – be it general or local – for the seven terms that I have served as the member of Parliament. We do not know how to lose.”