No Limits to Motherhood | The Differently Abled Blake boys 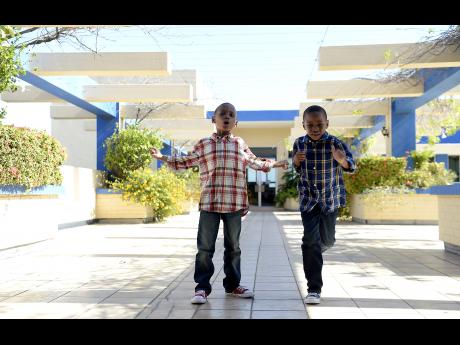 Gladstone Taylor
The animated and energetic twins are the happiest when they get to be themselves. 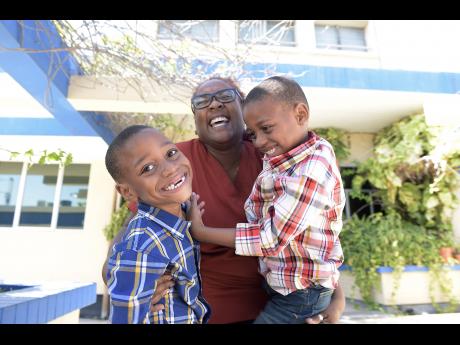 Gladstone Taylor
Special education teacher Karen Spaulding is a true gem in the lives of Kyle and Kobe Blake. 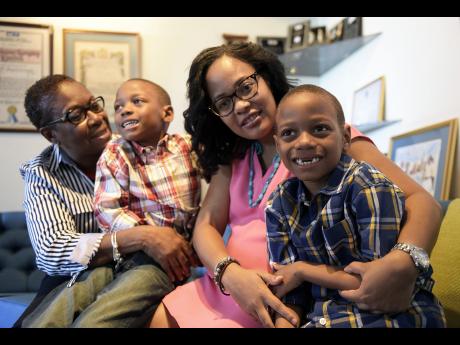 Gladstone Taylor
There are no limits to the hands and hearts of Joan (left) and Lisa Findley as they nurture the lives of the twins. 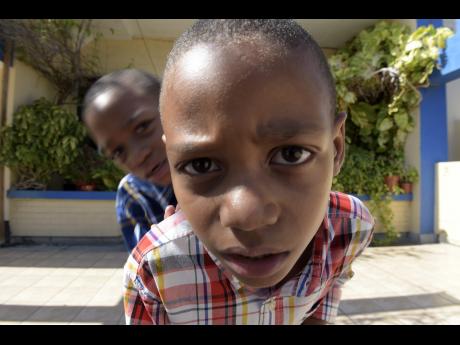 Gladstone Taylor
Kyle loves technology so the camera is his best friend. 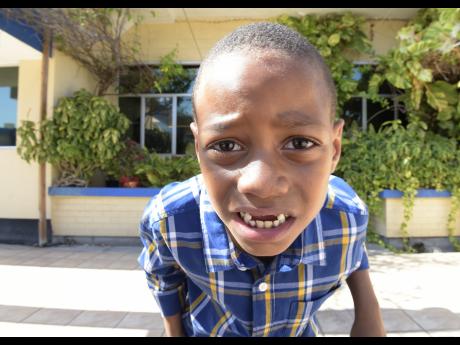 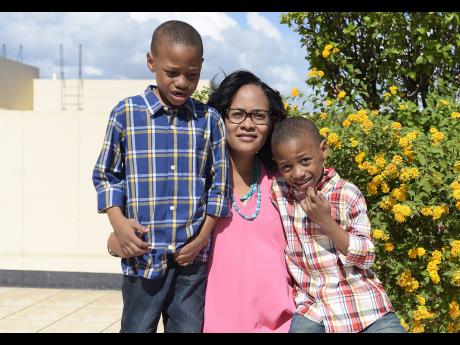 Stuart Duncan once wrote, "Autism is not a disability, it's a different ability."

This breathes life into the hearts of mother and daughter duo Lisa and Joan Findley, as they take on the imperfect journey of mothering seven-year-old autistic twins - Kyle and Kobe Blake.

Finding out that their lives were about to change drastically by the birth of twin boys, the Findleys were delighted yet nervous. Joan, with much more experience, knew there was no manual to motherhood and stuck by her daughter Lisa as she brought treasures into the world.

Raising a child is far from easy, so imagine the thought of raising two boys? Though it was a bit nerve-racking for Lisa, she took on the role with pride.

Three years into raising healthy boys, Lisa noticed some unusual traits such as screaming and an attachment to car keys, and for a while, thought it was just 'kids being kids'. Joan, on the other hand, after raising two children and being around children at her job, knew there was something wrong.

"I noticed that I wasn't getting much eye contact and when you called to them, they wouldn't look at you but would answer. We also realised that their socialisation skill was not there. We would take them to birthday parties and they would stick together. For a while, we thought it was the 'twin thing', but they had no interest in the food or playing with other kids," Joan told Outlook.

This had the Findleys worried. One day, as Lisa watched the television show Parenthood, she learnt of a little boy who had Asperger's syndrome and recognised similar symptoms in Kyle and Kobe. After doing some reading, Lisa realised that this was not the issue. A few days later, Joan heard of autism and shared her findings with Lisa. This sent them to research the topic and then pay a visit to a specialist, who revealed that Kyle and Kobe were on the spectrum.

This perplexed both Lisa and Joan as they worried and questioned if they had done something wrong. They saw Kyle and Kobe as precious gems and were sad that they would be seen as different. Gradually, as they went through the long and vigorous process of tests and assessments, the Findleys realised that the sooner they paid attention to the reality of the boys' condition, the better able they would be to accept and love them for who they are.

"That journey and period of discovery was very low for us. There were many nights when I cried and had to go down on my knees, but something took me up and gave me the strength to go on," Joan explained.

Initially, Lisa questioned if it was something they would grow out of and thought that it would pass. But as they did their research, they accepted and developed the courage to fight for their boys on this journey.

Acceptance, though the most essential part of the process, was just the first stage as the Findleys struggled to find a suitable school for Kyle and Kobe. They also had to be mindful of the environment they take the boys into and make preparation to avoid trigger points.

For any mother, hearing complaints about your child can be discouraging, so for days when Lisa discovers that Kyle has bitten another child or the boys are in need of additional attention, she reminds herself that it is all a process and that Kyle and Kobe will someday do great things.

Lisa and the boys' teachers believe that Kyle and Kobe have spectacular talents. Kyle, who was once non-verbal, is animated and has a special interest in technology. He is sharp and has the ability to find his way around any gadget. Kobe seems to have an interest and skill in math.

Raising the boys takes support and people who are dedicated. Their father, Omar, who is easy-going and had a much easier time accepting their condition, is very active in his sons' lives. He admits that Kyle and Kobe are a lot calmer around him. His strict yet flexible personality seems to keep them in check.

With additional help from their nanny, Pauline 'Tata' Brown, and teachers of the Adonijah Group School like Karen Spaulding, the Findleys are able to provide the best life for Kyle and Kobe.

"Now that we have accepted and embraced it, it has made the journey so much easier. We don't think of the boys as 'special eds', we think of them being differently abled. One of the things we do every day is to get into their head space so we can better understand them," Joan said.

Now in her final trimester with a new bundle of joy, Lisa is hopeful of embarking a new journey, autism-free.

Their lives are not easy, but the Findleys share that at the end of the day, they are joyful.