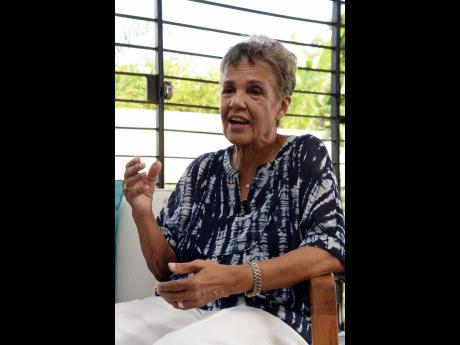 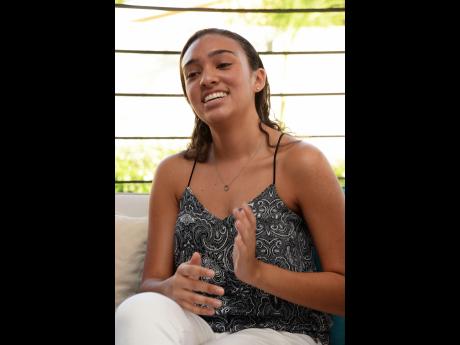 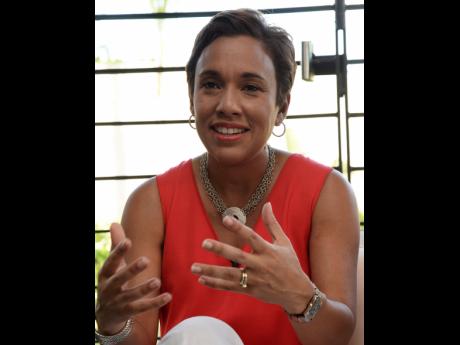 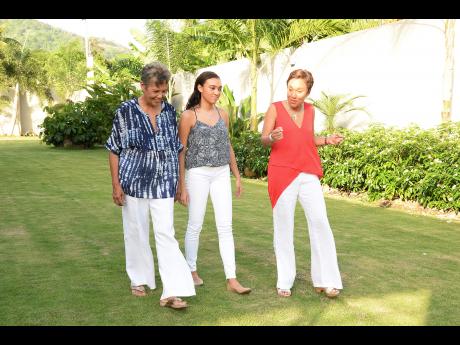 Jermaine Barnaby
The three generations have mapped out the perfect teamwork to make the dream work. 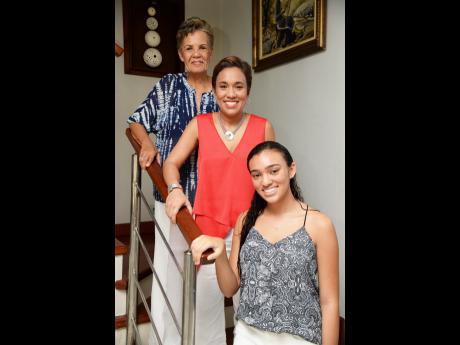 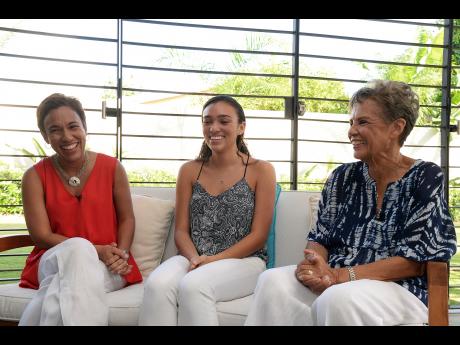 Jacqueline Sharp, the head of Scotiabank, her mother, Dawn Shim, and daughter, Lauren, chatted happily at their St Andrew home recently when Outlook paid a visit. The three are noticeably at complete ease with each other. The love and respect they share is hard to ignore.

"She has been the kind of mother who is very supportive," said Jacqueline of her smiling mom sitting next to her. "She has been very flexible, so I would say we didn't have a strict upbringing."

Outlook came calling on the trio to talk about the different parenting styles and lessons learnt over the years among them. It was a subject the tight-knit family relished.

"She allowed me to make my own mistakes, make my own decisions," Sharp continued. "She trusted our judgement, but she was always quietly behind the scenes guiding our decisions and always available for advice whenever we ran into any trouble. I had that level of flexibility to learn to be to do what I wanted to do."

Of her own parenting style, Jacqueline said, "I'm a little, tiny bit stricter." The teenage Lauren gave a knowing nod and smile.

"When you look at my success over the years, it's because I had that level of flexibility to learn. I want to instil that in my daughter, " said Jacqueline. "But, you know the world has changed. It's far more competitive and there are more dangers in the world, so I'm a little bit stricter."

Jacqueline is well known and highly regarded for her work and success at Scotiabank. It was clear that her mother Dawn played a major role in her daughter's career. But she was by no means a pushover. "It's about the values my mother instilled in me - the importance of integrity; why it's important to be honest and true not only to ourselves, but to others around us. It's a critical skill set that you need to exhibit because you have to gain the confidence and trust of your team members, your colleagues and your customers as well, to be successful. The value of integrity has influenced my behaviour, my action, my work ethics," said Sharp.

Dawn interjected to say that she is very proud of her daughter. "I don't know how she does it," she said. "Part of her ability right throughout childhood into the working world was that she is able to do all that she does for the children and still do all that she has to do for Scotiabank. It's amazing! Her achievements are not surprising, she has been that way from she was a child. She was ahead of her class."

"With my corporate job, the many hours [spent] at work functions and travelling, I can always call on mommy to help out with the kids," said Jacqueline. "She goes to PTA meetings and takes notes. She has really been there and when they were younger, she babysat a lot; so when I needed a date night with my husband she was there, and I could not have achieved the kind of success I had without that support structure behind me."

Jacqueline makes it a point to arrange her schedule in a way that allows her time with her family. "I try to schedule and be very organised and know what the activities are; and I block out those times in my calendar as best as I can. Sometimes you just have to make a decision that, no, I won't be able to attend that meeting and I have to delegate. With the support of my executive team, I have been able to balance. It's not perfect but for the most part it has worked out well."

Lauren called her mother a superwoman and admires "her ability to juggle everything. Even when she is stressed out at work she always finds time for my brother and I."

Jacqueline's son is a swimmer and her daughter a dancer. Dawn was quick to offer that those athletic abilities were not inherited from Jacqueline. "The only race Jacqui has won was the one where you had to stop and do some sums," she laughed.

The time Jacqueline carves out for her children includes an activity she and her daughter equally enjoy - shopping. "She shares my love for shopping. She can go from nine (when the store opens) to nine at night when it closes. During that time, we get to discuss the issues we can't do when everyone is around," she said.

In raising her children, Jacqueline said she often finds herself adopting strategies she learnt from her mom.

"I have learnt over the years to not stress the small stuff," she said. "It's important to be calm. Talk about cool and collected, nothing ever stresses my mother out. I have never seen my mother do that - she has never shouted, never raised her voice."

Perhaps there is no greater lesson that Dawn could have passed on to her daughter. The charming, well-adjusted Lauren is proof that mom is always right.