Dear Doc | Caught my husband with his secretary 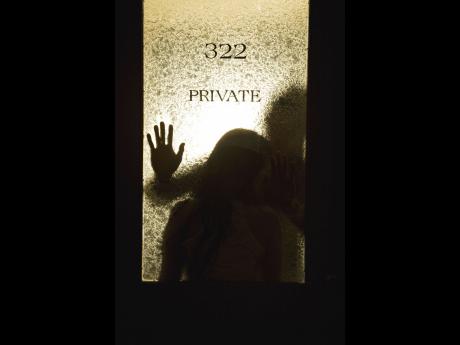 Doc, last week I had the most terrible experience. I came home early and found my husband in our bedroom with his secretary. They were both naked and having sex. There was even sexual fluids on my sheets, Doc!

I screamed and screamed. I made so much noise that the girl threw on her clothes and quickly ran out the door. My husband tried, but he couldn’t deny what happened, as I had actually seen them in their disgraceful sexual act!

We have talked several times since then, and he always says things like — “It didn’t mean anything.” He claims that he wants to stay married, but I am not so sure.

What should I do, Doc? My big problem is that I keep seeing the awful image of him in this young woman’s body. I am so unhappy. I can’t sleep at night thinking about that dreadful picture. In fact, I keep waking up in the night after dreaming about it. So I am exhausted! Are there any medications which could take away this memory? Should I divorce my husband? Also, should I agree to resuming sex with him as he demands?

A: It is sad that your husband did this. I am afraid that erring husbands who have been caught often do tell their wives: ‘Oh, it didn’t mean anything.’ Frequently, they think that this will make the wife say, ‘Oh, that’s all right, then!’ Your spouse probably does not realise what an awful blow he has dealt you. But it is time he wised up and accepted the wrong he has done.

No, I don’t think that for the moment you should agree to having sex with him. He has no right to ‘demand’ it. And it would be wise if he first had tests for STIS (sexually transmitted infections). Even if the tests are negative, I don’t feel that you should feel obliged to give him sex. It also occurs to me that somebody ought to make sure that his secretary is not pregnant! Things would be even more difficult if your husband turns out to be a potential father. Ask him if there is any possibility that he got his secretary pregnant. And if by any chance she is now overdue, she should do a test.

Now, what are you going to do about the future of your marriage? You did not say that you still loved your husband, and you did not mention children. So it certainly would not be unreasonable to consider a divorce. But before taking any sudden steps, I feel you should both see a marriage counsellor, or perhaps a minister of religion who can help you sort out exactly what has gone wrong with this marriage.

I am afraid that there is no medication that will take away that awful memory of seeing your husband with that young woman. Time will eventually blur that memory, but it will take a while. It seems to me that at the moment you may be clinically depressed. That is common in your situation. Please see your doctor, and ask her if you need antidepressant medication. This should elevate your mood, and help you sleep better. Good luck.

Blood in my semen

Q: Doc, I am a 29-year-old man, and, to my horror, I ‘ejaculated’ blood in my sperm yesterday! I felt terrible. Is this due to cancer?

A: Probably not. It is quite likely that you just have a broken blood vessel (i.e., a blood-carrying tube) somewhere. Please see a doctor and ask him to examine you. You may need to do an ultrasound. But the odds are that the bleeding will soon go away and (with luck) never return.

Q: I am getting hot flashes and they are very distressing, Doc. They started three weeks ago. Should I take HRT? I know it can have very bad side effects.

A: I would say that any woman who gets unpleasant hot flashes during menopause should seriously consider going on Hormone Replacement Therapy (HRT). This will usually abolish the ‘flashes’ within four weeks. HRT has gained a very bad reputation for serious side effects in recent years. But if it is prescribed in a low dose for a woman who is still in her 40s, the risks are now known to be very low indeed.

Why? That is difficult to say. But I suspect that quite a few women look at them because their personal sex lives are somehow unfulfilled. I think you should speak to your wife about that. Is she sexually frustrated? Does she want sex with you more often? Does she want more varied sexual activities in the bedroom? These are the topics you should explore with her.

Please do not condemn her about the fact that she has looked at ‘blue movies.’

Q: I am the mother of four grown children. My eldest son, who is 24, has just told me that he is ‘definitely gay.’ Doctor, I am appalled! I just cannot believe it. Two questions: 1. Did I do something wrong that made him a homosexual? 2. Could I get him cured by insisting he takes male hormones?

A: I am sorry you are so distressed. But you must not blame yourself for what has happened. People are always saying that ‘it is mothers who make their sons gay’, but there is really no scientific evidence for this.

As it relates to hormones, I am afraid that if you give a man male hormones, that will just make him hornier! They most certainly do not cure homosexuality. I would suggest to you that the most important thing your son needs now is love — from you and other members of your family. Please, always remember that he is still your son.

Q: My wife has just reached the age of 40. Do you think that from now on, when having sex, we could just rely on the condom?

A: Sure. If you use the condom correctly, it has a very low failure rate. Also, your wife’s fertility is probably a little less now than it used to be, so that makes things even safer.

Q: My husband and I tried rectal sex early in our marriage. We did not like it, but is there any chance he could have given me HIV this way?

A: That is completely impossible, unless he had HIV himself. This does not seem likely.