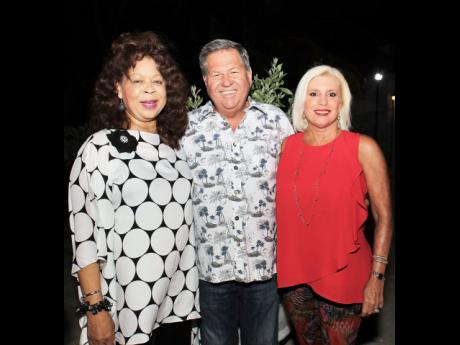 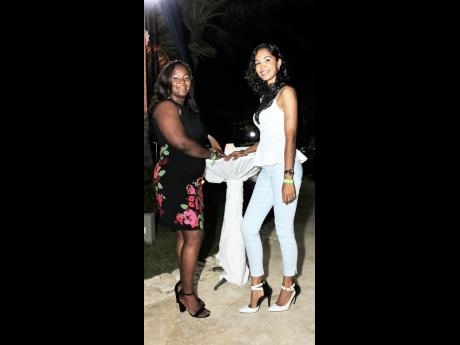 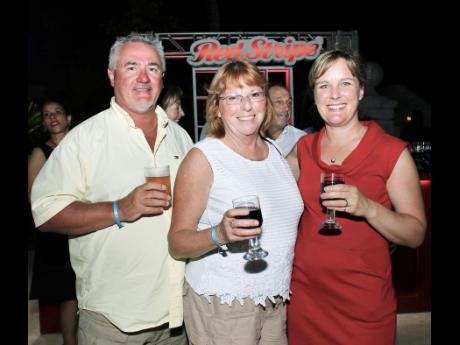 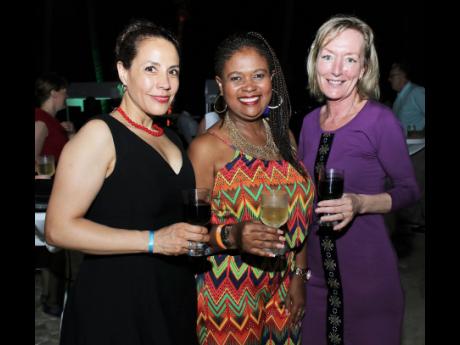 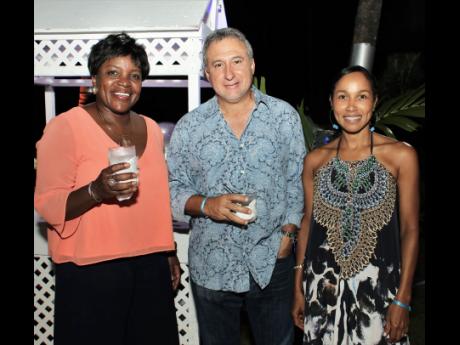 Ashley Anguin
Metry Seaga and his wife Nadine (right) joined in a photo by Charmaine Deane. 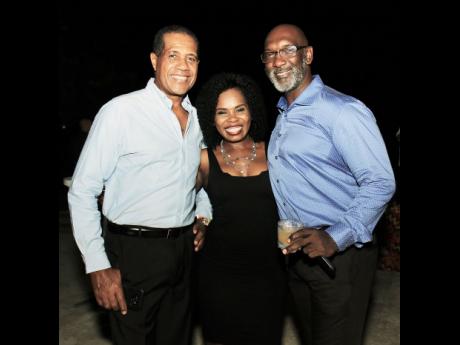 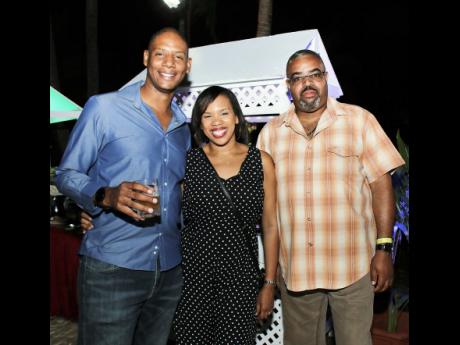 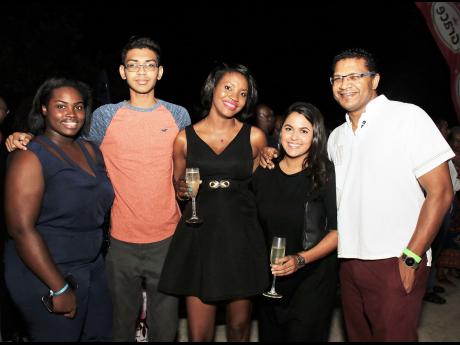 Both the Hilton Rose Hall Resort and Pace Band placed the icing on the cake baked by organisers of the Jamaica International Exhibition (JIE), as the curtains closed on the Jamaica Manufacturers' Association inaugural trade show on Saturday, June 3.

Hilton unveiled a feast fit for a king and Pace upped the ante, creating musical waves that cost them dearly, because when they tried to leave the stage, the party people refused to let them.

Renowned for always captivating their audience, Pace delivered such a scintillating performance, they had the crowd eating out of their hands.

Complemented by mouth-watering food stations scattered across the Sugar Mill Falls venue, the Hilton/Pace combination was a win- win situation, and exactly what the doctor ordered after three days of Business2Business meetings, infused with large crowds buying everything in sight.

A Red Stripe bar in the centre of the party became the official watering hole, while Caribbean Producers Jamaica wines, J Wray and Nephew, Wisynco and Wata, played host to the discerning palate of some 200 guests.

On Saturday afternoon, the count for the biennial event was 200 suppliers and buyers.