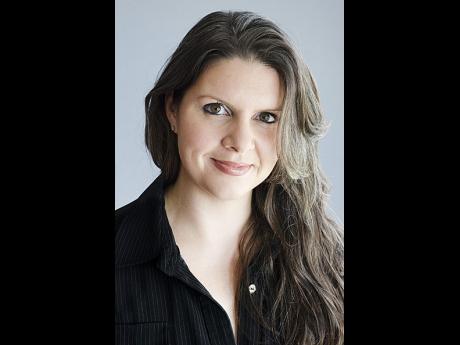 Contributed
At the age of 26, Combs took a leap of faith and started her own company. 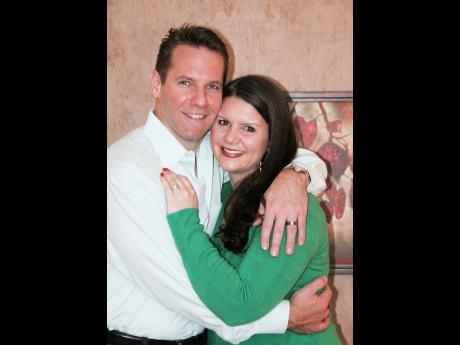 Twelve years ago, 26-year-old Susan Combs was at a cross roads in her professional life. She could either enter a management trainee programme, or jump. Her mentor, Jim Cosares took her out for a cup of coffee and they did a list of pros and cons. "Needless to say, the pros list of going out on my own won out, and it's still the best thing I ever did," she told Outlook.

Today, Combs is the CEO of the New York insurance brokerage firm, Combs and Company. Known as the 'Insurance Vixen' on Twitter, she is the youngest national president of Women in Insurance & Financial Services (WIFS); one of the '4 Under 40' by Advisor Today for 2015; and one of the 'Women of Influence' named by New York Business Journal for 2016. Combs will be in Jamaica on June 15 to speak at the latest in AMCHAM Jamaica's leadership series - 'Female Entrepreneurship ... an Enormous Economic Force'. The guest speakers will be Fayval Williams, minister of state in the Ministry of Finance and Public Service and will be joined by Patria-Kaye Aarons, CEO of Sweetie and the Jamaica Chamber of Commerce's 'Entrepreneur of the Year'.

Combs grew up in King City, Missouri, a small town with a population of 986. She told Outlook that she had an "incredible" childhood. "I really got the best of both worlds. My father was in the military and my mother owned a travel agency, so we were exposed to the world, though King City had a population of 986 when I graduated high school (with 15 people). One of my brothers was diagnosed with leukemia and he and my parents left for him to be treated at St Jude Children's Research Hospital in Memphis, Tennessee. During this time, my grandmother would stay with me until my parents worked out a rotation. I'll never forget how amazing our town was - people would bring dinner over for me, or invite me to be with their family. My mom's close friend even came over and fixed my hair for picture day. You don't get this with large cities. When it came time to look for jobs when I was going to graduate from college, my parents always raised us to know that there is more to the world than your backyard and let us know that if we decided we wanted to come back to the backyard, there is nothing wrong with that."

Why did she start working in the insurance sector? "I think one of the first things that attracted me to this industry is that it is about consultative selling. You get to really explore clients' companies and learn about their passions and then help them to protect it. I love working with start-ups and companies coming to New York City from different countries. This gives me the opportunity to really educate them on how insurance works and help them navigate setting up a company," she told Outlook.

In the process, Combs has broken many glass ceilings. How did she do it? "I've always been smart enough to know what I know, but even smarter to know what I don't know. I think it is crucial to surround yourself with incredible people who give you strength in the areas that you are weaker."

Her advice to young entrepreneurs is: "When you start out, you feel like you have to take everyone as a client and you are not allowed to be selective because you need them. Have confidence in yourself. The sooner you realise that they need you more than you need them, that confidence will shine through. There comes a time where you will see a flip, where you'll be able to be more selective in who you take on as a client."

For Combs, mentorship is very important. Her taking that big step in her life was because Cosares believed in her. She remembered speaking at the University of Missouri when another speaker talked about how at any given time she looks to have nine deep relationships three persons she is mentoring, three who are mentoring her, and three peer-to-peer mentors. "I took this to heart and when I was getting ready to serve as the youngest national president in the 80-plus year history of WIFS, I strategically set up these relationships. I think that some of the best relationships can be the peer-to-peer mentors. These are the people that are in your industry, that are on a similar path as you. You can pick up the phone and brainstorm with them and get advice on a business decision or a client issue."

The best advice she has ever received from a mentor was something Dr Anne Deaton told her - "Susan, at all times in your life, you need to have something that is bigger than you that makes you stretch. If we do not have a 'stretch' in our lives we cease to grow."

Said Combs: "I've always tried to keep that in my mind when I'm facing a new challenge."

Combs also believes that networking is crucial. "I've been a member of many different networking groups and even started a few. The one mistake I see people make is trying to get a referral from me before they have taken the time to develop a relationship," she said. "The easiest way to break this down is to think of a networking relationship like a bank. If you had only deposited $100 on Monday, would you try to withdraw $1,000 on Tuesday? Absolutely not! Networking relationships take time, you must build 'social capital' in your relationship so that when you go to ask for that referral or introduction, you have made adequate 'deposits' that you can withdraw from."