Dwight Scott - From a wooden house to Morehouse 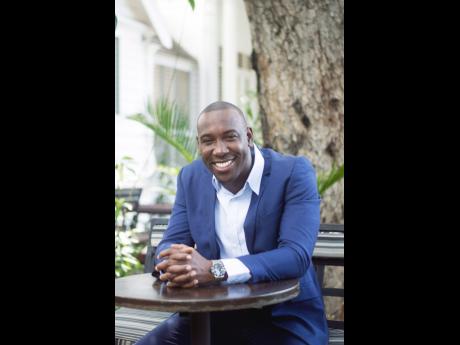 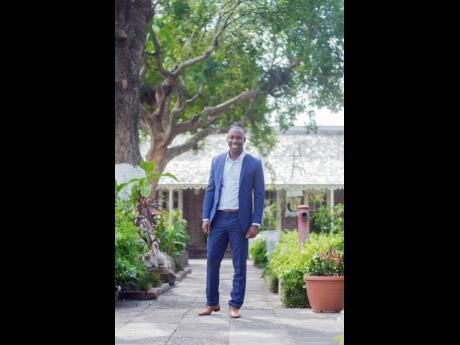 Raised by a single father in a dilapidated, wooden house with no indoor plumbing, Dwight Scott never dreamed that one day he would be graduating from the prestigious Morehouse College in Atlanta, listening to President Barack Obama deliver the commencement address.

I remember the first time I met Scott, I was blown away by the way he spoke. We were at an after-work mixer and he was the last to chime in on a heated discussion. What he said could not have been more profound. Contrary to the air of self-importance one expects from a master orator, Scott was simple in his delivery and seemingly unaware of his brilliance. His words were few, carefully chosen and substantive.

During his interview with Outlook, I asked him why he took so long to speak up that night. He said: "Sometimes if you engage prematurely, you can lose credibility." He continued, "My life wasn't always together; if you looked at me 25 years ago, you wouldn't have much hope for me. I was fortunate to have some good people in my life who saw more in me than I saw in myself, and who helped to shape me into the man I am today."

Scott's story begins in a humble home in Dunbeholden district, St Catherine, with his father, Daniel Scott, two sisters and a brother. "I never felt deprived even though we were poor. My father was a hard-working man and I watched him try many ways to earn a living. He worked a nine-to-five day job as a supervisor at the Bernard Lodge Sugar Estate. On weekends, he ran an unregulated racehorse betting shop, where he also fried chicken and sold to the gamblers. Every few months my father would keep street dances with Stone Love and Metromedia as another moneymaking venture."

It was during these street dances that Scott would begin his entrepreneurial life. Along with his twin brother, Dwayne, he collected empty beer bottles during and after the dances. They would later sell bags of empty bottles to earn money, the proceeds of which would go towards school expenses and provide bus fare to get to school.

"Dinthill Technical High School is the best high school in the world," he said definitively, "because it changed my life". Scott said he was a "bad bwoy" at school, misbehaving, constantly getting into fights with students and even teachers. He said he would have been expelled had it not been for then principal Joyce McKenzie. "Joyce McKenzie, who I now call mum, pretty much changed my life because she gave me a second chance. She said I was a bright and kind-hearted, future leader, who needed love. Along with Dr Loveda Jones, Stephen Hyatt, Mrs H. Walters and Mrs Sinclair, they all poured so much into me and when I didn't believe in myself, they loaned me their belief systems. They loved me, fed me, gave me a place to live when I needed one, and I am grateful for the second chance they gave me," he said.

Scott gravitated to McKenzie possibly because of the maternal care he was missing from his own mother. He refers to McKenzie as the quintessential woman - trained in England, she was the epitome of sophistication. She was composed, not easily rattled and always spoke well. He remembers as a child that he would listen to her speak with friends at the dinner table and their conversations were meaningful. "That shaped me to understand the power of good conversation. I looked up to her and had dreams of someday being able to conduct myself in that manner," he said.

He followed 'mum' to church on Saturdays - the Spanish Town Seventh-day Adventist Church (SDA) - where he delved into the teachings of the SDA Church and was eventually baptised in the faith. During his spiritual growth, Scott's behaviour at school improved, so much so that we would receive awards for being the most improved and most outstanding student. At his graduation from Dinthill, then president of Northern Caribbean University (NCU) Dr Herbert Thompson was the speaker. Scott was so electrified by the inspiring words of Thompson that he knew immediately that he wanted to be part of an institution lead by him. So, after high school, he sought and secured a scholarship to attend NCU, where he worked in the school's kitchen to earn money. After a year and a half at NCU, Scott advanced to Oakwood University in Alabama, also an SDA school.

While attending Oakwood, Scott's first registered business was a cleaning company called Extreme Cleaning Services Inc, where he secured contracts to clean restaurants, apartment buildings and offices. Scott hired ex-convicts, who were carefully vetted to work in his business. They were thankful for the second chance they were given, and as a result, worked harder than other employees, showed up to work early, stayed later, accepted overtime and valued their work as they wanted to prove themselves. "This was in some way me paying it forward for all the second chances I had been given," he said.

Though happy at Oakwood, Scott's eyes were set on Morehouse College, an all-male, liberal arts, historically African-American college in Georgia. When he raised his GPA to 3.99 and was accepted to Morehouse, Scott hastily sold the cleaning contracts he had in Alabama and moved the business to Georgia where he would complete his college education.

Morehouse was the campus where civil rights activist Dr Martin Luther King Junior was introduced to the writings of Ghandi. It was not uncommon to see Oprah Winfrey walking on campus, which showed Scott the potential of the black community. Internships and volunteer programmes contributed to the intellectual and character development of the Morehouse men.

"Morehouse had the brightest of the bright black minds in the country, so essentially I was competing with renaissance men. Coming from rural St Catherine, I needed to learn how to speak the language of my colleagues. Reading was the fundamental key to my knowledge." he said.

Like Dr King before him, Scott expanded his mind through reading. He majored in finance and economics, so he pored over business books daily. "I cannot emphasise how much reading allowed me to catch up to my colleagues. Morehouse taught me that preparation is not an event, it's a lifestyle.

"I remembered where I was coming from in St Catherine, but being at Morehouse, I couldn't relate anymore; we were taught to think globally and how to impact billions. We were taught that it was not just OK to sit courtside at the game, but to think bigger, that we should see ourselves in the sky box, owning the team. No matter your race, cultural background, language, skin colour and beliefs or country, we are all one and we have something to share with this world. President Barack Obama summed it up perfectly in his commencement address when he said: 'You can always tell a Morehouse man, but you can't tell him much'".

With a good college education, internships at Fortune 500 companies, owning successful business, and fresh with global thinking, Scott was ignited and ready to contribute to the business world in his home country. However, he soon faced the realisation that many Jamaicans face. "Jamaica is not what it seems to be - some leaders here are not supportive of young ambitious entrepreneurs. It is not a culture of meritocracy; rather, it is lead by nepotism, referrals, last names and legacies. Being that I had no last name to fall back on, I am excited to be known as a maverick. I have become the go-to guy for my clients, because like them, I have heard nos, but the key is I know how to get around them."

The Dwight Scott Advisory Co has built, consulted with, and turned around many business in Jamaica and within the diaspora. When asked about the best advice he can offer, he told Outlook: "When you are going to the table, make sure you can add the most value, so when you walk away from the table you are known as a value creator and not a value extractor. Ensure that you are working hard, but, moreso, ensure you're working smart. Work for the long-term, create infrastructure in your businesses so that it is not individual based and that they can be sustained without you."

He added: "When I look back on my misbehaviour as a young child I don't know why I conducted myself like that. I didn't know myself; I needed attention. Not everyone will be fortunate to have the people who looked out for me, but ultimately, people just need love and a safe place. I appeal to the Government, investors and philanthropists reading this to build more community centres for the youth. Parents, teachers and leaders start first with unconditional love, unconditional belief, unconditional faith and hope for people. Don't see someone for what they are doing, but for what they can become. Ensure that schools are the safest place for children and that we begin with that immaculate place of love."

Zero To One by Peter Thiel

Breaking into VC by Bradley Miles