Dear Doc | Why are women obsessed with their clitoris? 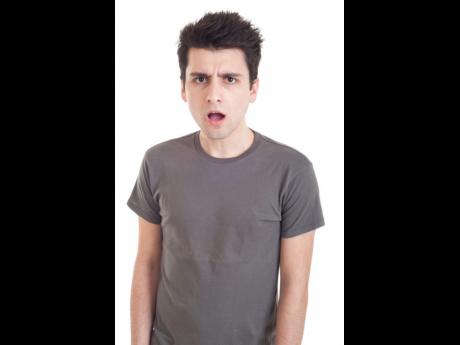 Q Doc, as a man, I just can't understand why women are always bothering me to stroke the clitoris! Why are they so obsessed with this little organ?

A Please realise that the clitoris is the exact equivalent of the penis. During the early stage of pregnancy, the foetus has a blob of tissue which doesn't yet look like very much.

Now you know how important your penis is as it relates to sex - most of your direct sexual pleasure comes from it - and in general, orgasm will only occur if it is stimulated.

Think about that, and it becomes easy to see why women need simulation of the clitoris in order to really enjoy sex and to have orgasms. A new survey in Britain has just shown that 80 per cent of women can't reach a climax unless the clitoris is stimulated.

Q Dear Doc, I am 39 years old, and the mother of two children, both delivered by C-section. I have done my Pap smear on an annual basis, and a few years ago, I was diagnosed with a one centimetre fibroid.

Now I have found a hard lump underneath my right breast that itches. When that happens, it becomes very large.

Is this a sign of cancer, Doc? Or am I jumping the gun?

A This 'bump' has nothing to do with your Pap Smears, or fibroid (which in any case, is very small).

I am not entirely clear whether the lump is in your breast, or just below it. But in any case, you must have it checked out by a doctor this week! This is because breast cancer is so very common in Jamaica. I don't think its cancerous, but have it examined by a medical doctor right away.

I would like all female readers to note that any lump in or near the breast, MUST be examined by a doctor immediately.

Bumps around the rectum

Q Doc, I am having trouble with some bumps around my rectum.

What is wrong with me, please? Is it a prolapse?

A The pictures which you have sent me, appear to be of piles (a.k.a haemorrhoids). These will probably require an operation, though you might be able to keep them in check with the use of suppositories.

You need to see a surgeon right away, preferably one who specialises in diseases of the rectum. Good luck.

Did my semen cure me?

Q I am a 26-year-old male, and last year I had unprotected sex with this girl. I later found out that she had some bladder infection.

Afterwards, I noticed that I had itching on my foreskin. So there is no doubt that my itching was caused by whatever she had. I tried washing my penis with medicated soap, but that did not work.

Then one day I masturbated. After that, I fell asleep and forgot that there was some semen on my foreskin. To my astonishment, next day the itching disappeared and never returned.

Could my own seminal fluid have cured me, Doc?

A There are two misunderstandings in your email. First, thousands of women get 'bladder infections'. They do not transmit these to their male sexual partners!

Second, it is incorrect to say that there is "no doubt" that you caught the itching from this woman. Your itch could have been due to an allergy, or to a sensitivity reaction.

However, in men, itching around the foreskin is frequently caused from a mild fungal infection. But these fungi are not necessarily caught from sexual activity. Many adults carry a few fungi somewhere! You see, fungi love living in many parts of the human body, notably the groin and feet.

So we don't really know what caused your itching. Your theory that it was cured by seminal fluid is an interesting one. But in the serious medical literature I have been able to find no sensible and scientific mention of the curative powers of semen. There are, however, some sites which claim that it is an antidepressant!

So I think you should just accept that you had an itch, and that it is now better.

Q Doctor, I have noticed some warts near my vagina, and they have grown to the point where they make sex uncomfortable.

Can these warts be life-threatening? And can they be removed surgically?

A Genital warts like these are very common. They are caused from a virus, which is passed on during sex. If you had sex with someone, you will give them the viruses!

No, they are not life-threatening. But they often grow and multiply until there are masses of them. And there may be a risk of cancerous change.

So you need to have them treated. Warts can be removed by a surgeon, either by cutting them away or (more commonly these days) by freezing or laser.

But they can also be destroyed by applying special paints or creams. I am in favour of having a doctor or trained nurse apply these creams or paints. But in recent years, there has been a tendency for patients to buy them through the Internet and use them to treat themselves.

If you do this, you should get a doctor to check you out regularly, to see how the treatment is going. Medications which can be applied in order to kill warts include Podophyllotoxin and Imiquimod. Some of these products should not be used during pregnancy, And at all costs, you should not resume sex until a doctor has pronounced you cured.

Why is a rectal exam to check the prostate?

Q I am a man with a little prostate problem. This affects my urine.

But what I would like to know is this. Why does my doctor need to do a rectal examination to assess my prostate gland? Surely the trouble is in the 'waterworks,' not in the bowels?

A: The reason why doctors do this is that the prostate bulges backwards against the front wall of the rectum. Therefore, I am afraid that the only way in which a doctor can feel the shape and size of the prostate is by putting a finger into the rectum.

Q I am a woman in my 20s, and my problem has been coming and going for four years. It is slight loss of blood between the periods.

My gynecologist refers to it as spotting. It started out heavy, but now it is light.

I took a pelvic ultrasound, and that was normal. The gyno says that I should try birth control pills.

A Probably. This sounds like you have a slight hormone problem, and the Pill would very likely 'iron out' that difficulty.

Be guided by your gynaecologist, who has clearly taken the right steps to ensure that the bleeding is not caused from anything serious.