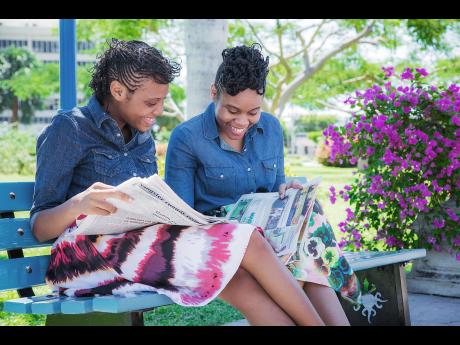 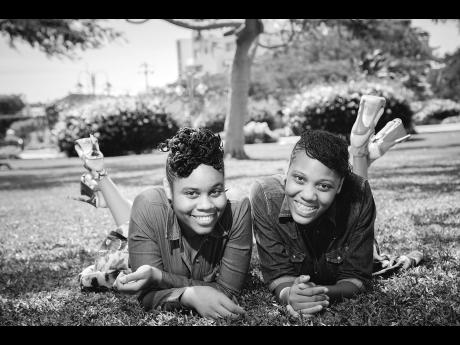 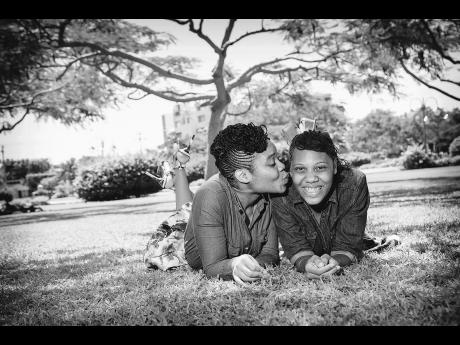 "Having a sister is like having a best friend you can't get rid of. You know whatever you do, they'll still be there," said author Amy Li. Jewel and Crystal Daley are living this definition.

When you see the girls, you can immediately tell that they are sisters. Not only because they are built the same, have similar demeanour and a smile that can light up a room. Both are high achievers and have both been accepted to universities in Canada, leaving behind their younger brother, John-Mark, father Pastor Garfield Daley and his wife, Erica.

Twenty-five-year-old Jewel has already completed her first degree in international relations at the University of the West Indies with Upper-Second Class Honours, and has had her master's degree on hold for the past three years while working as a client service assistant at the International Organisation for Migration (IOM). Her 19-year-old baby sister, Crystal, has done well in her secondary examinations and will be pursuing her degree in biomedical sciences, which is a honours programme at York University. Seeing her younger sister seeking new opportunities abroad inspired Jewel to pursue her master's degree in Canada. So strong is the sisters' bond, they can't entertain the thought of being apart. Even if it is just to keep a sharp eye on her, Jewel applied to the University of Toronto and got accepted for a master's degree in global studies.

It was a late submission and the deadlines had passed, but with faith Jewel still sent in her application, and the rest is history. Her sister showed a great leap of faith placing all her eggs in only two baskets. With no backup plan, Crystal knew that she wanted a new experience and applied to two Canadian universities. "I know that it is good to have a backup and maybe it was a poor decision, but I had such faith that I just felt like I did not have to," Crystal told Outlook. She was right. She even received an early admission to the University of British Columbia and later, York University. It was just up to her to choose.

Now, as they are in the middle of plans to go on a new path, the pastor's daughters have mixed emotions. Excited is one, but they know what they will be leaving behind. Jewel, having two goddaughters and an active participant in their lives, already knows that this will be what she will miss the most. As for Crystal, her friendships will be hard to part with, especially her church family - she has grown up with these individuals who have also become family and it is a bit heartbreaking.

Then there is the family. Crystal admitted that they all have strong personalities from which she benefited from being around them every day and being able to 'vibe' off their energy, as well as going to all the track meets with her dad.

Something that Jewel will be still glad to share with her sister. At least they will be exploring their new lives together and she looks forward to the further companionship.

"Having someone there that shares my sense of humour and will get my Jamaican references will be priceless. I am just lucky it will be my sister."