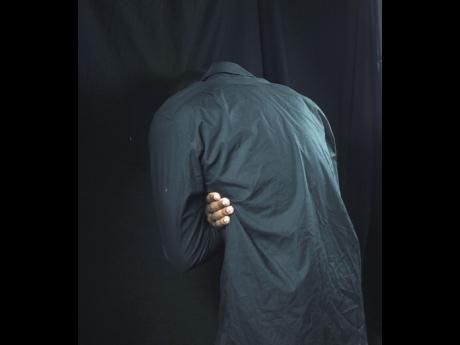 Ricardo Makyn
David Roman hides his face, but his body can't hide the pain he continues to go through, nine years after he was reportedly repeatedly sexually assaulted by a man. 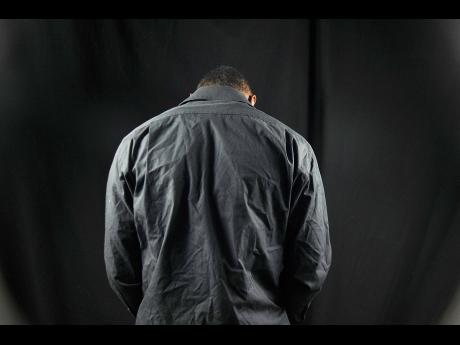 If a man comes around David Roman* and places his hand on the 24-year-old's shoulder, his immediate reaction is, 'Am I going to be hurt again?'

For the past nine years, Roman has been walking around with the scars of being molested by his former employer and 'confidant', a 55-year-old businessman and church deacon. Today, whenever he is offered help, he becomes very suspicious. "Because I am not going to be abused or attacked again," he told Outlook.

Roman grew up in a deep-rural district where his father would drink and pee the bed, while his mother could never find time to visit his school. The last time she visited, she shamed him about his grades in front of the entire school.

The words, "You are no good. You black like. You will be nothing in life. You go in like dumpling and come out like johnny cake," still linger in his ears. Having been locked out many nights as he worked to pay to send himself to school, Roman remembers the days he slept under the house, until his abuser offered to 'adopt' him.

"Life at home was like hell. I had no money to go to school, so I would wash cars, cut lawns. By age 13, I had corns in my hands and I could not read in grade four in primary school."

Had it not been for a kind and caring teacher, he said he would not have passed the Grade Four Literacy Test, and he scraped through the Grade Six Achievement Test to attend a non-traditional high school. "She created the foundation for me I was no

After his mother embarrassed him at school, he wrote all letters that should have come from her to the school himself, and collected all his own reports.

His mother found time to collect the PATH welfare money and used it for herself. She even used some of the $75,000 grant that he received to attend university.

However, Roman did not give up. He worked anywhere he could lifting heavy bags, which left him with permanent back pain. "I strained the muscles in my back," he revealed. He was also beaten with everything his mother, father or aunt could place their hands on. "Light wire, hose and cutlass," the list seems endless.

At age 15, Roman was approached by a businessman in his hometown, who had obviously taken a liking to him. "He offered me a job to work on Saturdays," he said. Within four months, the businessman started showing interest in Roman's schoolwork. Something his parents did. "My dad was really a sperm donor. He had no other interest."

The businessman asked to see his report. "And when he saw my grades, he said they were no good and arranged for a transfer to a better school."

But that was where Roman's troubles got worse. "He literally took over my life." The businessman offered himself as a mentor, and said Roman could live in the big house he had attached to his business place. Roman said his mother had no problem with him staying there because he had children of his own and had obviously been involved with women.

The businessman paid for extra lessons so Roman's grades could improve.

"One day (I was 15 at the time), he came around and started rubbing my head, saying, 'What a way you feel good.'" A naive Roman said he took it for nothing. "I was a virgin, clueless. Knew nothing about sex or relationships."

Roman said the man would often ask him to go upstairs to his bedroom to look for things until he eventually started touching him on his penis and forcing him to have sex with him.

This, he said, continued for three years, until he left high school. When he told his mom he was being abused, she did not believe him. Communicating with her, he said, was hopeless. Not to mention the rest of his family.

"There was absolutely no bond."

Over the three years that Roman lived with the businessman, he said, he saw at least 10 other schoolboys coming in and out of the bedrooms.

"He would come to my school and stalk me, ensuring I didn't have any friends."

The school administrators felt he was Roman's adoptive father, while the biological father became a slave to a flask of rum.

"I could not even participate in class parties. It was a matter of school, work and servicing him."

Turned away by the church

For three years he lived in a setting that equated to that of a slave. Today, he has nightmares, is suicidal, and blames himself at times for what happened to him.

He constantly asks himself: What is my purpose in life? Why did I have to be hurt? Why can't I find love? What were the intentions of the man who sexually used me in my teenage years? How do I forgive and forget the pain? Why is my pain so unbearable? How do I get over my fears and pain? Why can't I feel comfortable with myself?

A very spiritual person, Roman said he turned to the church when he could not get answers he was looking for. "I went to a Pentecostal pastor for help and was turned away. He said, 'I cannot help you. You will have to help yourself, you have to sort out yourself,' after I revealed to him that I was going through struggles and was molested by a man."

According to the pastor, Roman had "done gone a Sodom and Gomorrah, and the Bible speaks about it".

The pastor tagged his situation as demon possession. His abuser was a deacon in the church and had responsibility for young people. He was highly respected, had scholarships named in his honour, and also taught Sunday school.

"After I moved out of his house, he picked up another young boy."

According to Roman, the entire community thought he was helping young men, while he was really abusing them.

Roman has been emotionally and physically damaged. He is currently being treated by a medical doctor for torn muscles, and the cramps he gets.

Many days the 24-year-old says he feels like committing suicide. He is seeking help from an expert psychiatrist/psychologist, but can't afford the fees.