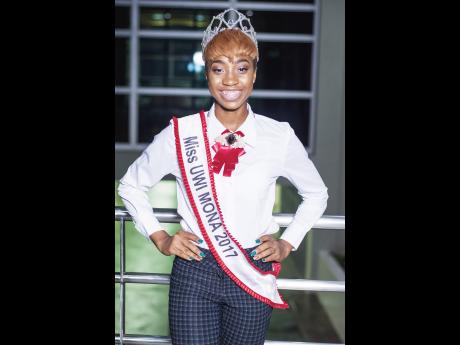 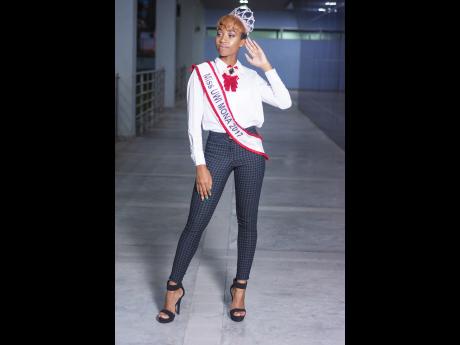 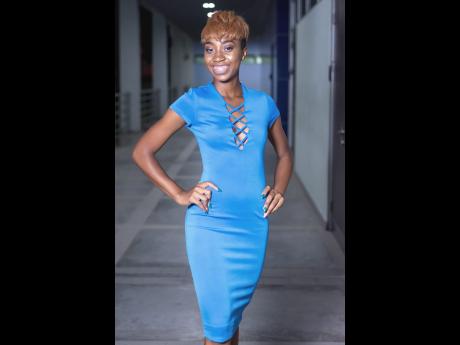 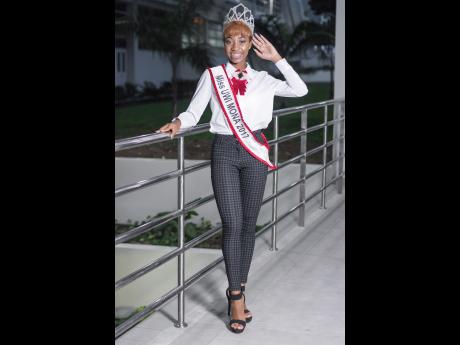 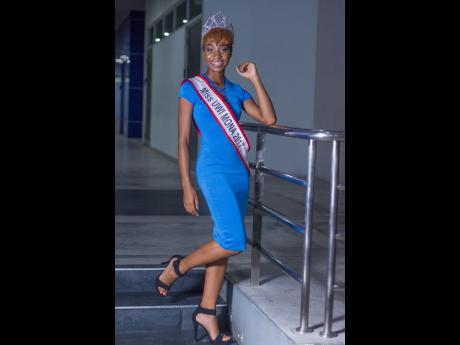 Heavy is the head that wears the crown, but for Brithney Clarke it's even heavier, because she wears two - Miss Preston 2016-17 and Miss UWI Mona 2017-18. The 20-year-old, who is a second-year integrated marketing communications major, is a past student of Immaculate Conception High School. The ever-beaming Clarke describes herself as one who has always seen the need to be actively involved. It is therefore no surprise that during her tenure at Immaculate, she was involved in hockey, netball, track and field, football, the Immaculate Dance Society, the Panoridim steel orchestra, aviation and Key Club.

"I believe in holistic development. Not just academics, but being well-rounded," Clarke said.

Her love for pageants can be described as something innate. But it was never about the well-cut dresses that hugged her body, the swimsuits or the make-up she had to wear. It was more about the fulfilling feeling she received and taking greater steps towards development. Her first pageant was back in 2014 where she was crowned first runner-up in the Miss Teen Portmore Scholarship Pageant. Her redemption came in 2015 when she was crowned Miss Immaculate 2015-16. In August 2016, when she matriculated to the University of the West Indies, her go-getter attitude followed her. She was on a journey of seeking out new ways of making her mark. This led her to enter the annual Mr & Miss Preston pageant as an off-campus Prestonite. Clarke copped the title of Miss Preston 2016.

"Mr and Miss Preston was a new experience because the level of a university pageant tends to be much higher than that of a high-school pageant," Clarke said. Again, with a radiant smile, Clarke made mention of her keen focus on personal development.

"I always encourage personal development because we all need to continue building ourselves. If there's no growth, there's no change," Clarke said.

The society pictures a beauty queen as a perfect face with a stick figure, but Clarke is knocking out that stereotype.

"It's not so much about the beauty aspect. I'm more interested in the personal development. I think it's a means of allowing persons to step out of their comfort zone and come out of their shell," she said. She further explained that when you see young women go out on stage, you see courage and self-esteem and a celebration of women breaking boundaries with self-confidence.

"If you have any personal problems such as confidence issues, low self-esteem, it gives you the opportunity or the platform to build on that. You are able to explore things, discover your talents and yourself through the process," Clarke said.

Throughout her life, she notes that one of her guiding mantras is that there are three things to beauty - confidence, charisma and character. Her pageant experience has aided her in learning how to respond to certain situations and boosted her confidence.

"You have to present your best self at all times in front of people you know and strangers. It also teaches you good character building, because you encounter different personalities," she explained.

NOT LIMITING REIGN TO OUTREACH

With outreach being a big part of pageants worldwide, Clarke wants to be a game changer, not only focusing her platform on presence and being remembered.

"I don't want to be a queen with a title and a crown and just be unknown to the school environment. I want to get involved, to take part in different activities on campus and even off campus, just to show that I'm for the students and not just for the title," Clarke said.

While she has used pageantry as a platform to build herself, she notes that the rigours of pageants are not for everyone.

"If you're not a pageant person, that doesn't mean that pageantry is the only way for you to grow or develop or build yourself, there are other means. You can try it out, but if it's not your thing that's fine, you can do something else," Clarke said.

Clarke currently serves as the external affairs chairperson for the Aston Preston Hall; director of volunteer initiatives of the Jamaican Youth Empowerment through Culture, Arts and Nationalism; Sunrise youth ambassador, and was a 2015 governor general's I Believe Initiative ambassador awardee.