Faith over Fear - Never giving up 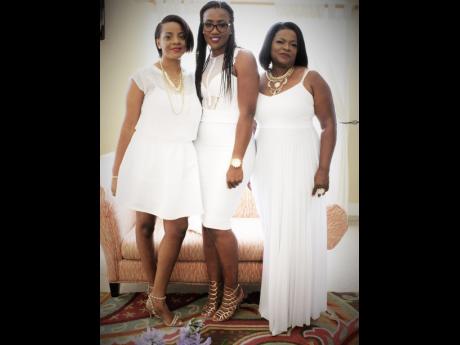 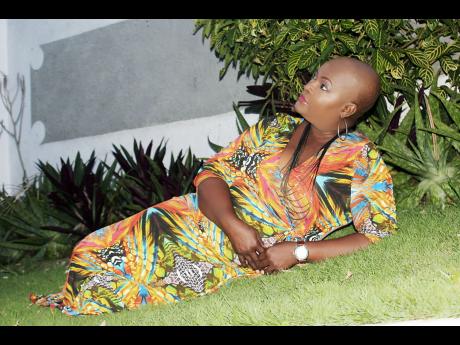 Marica Mitchell
This photoshoot reminded Godfrey that the beauty of a woman is not her hair or her long beautiful lashes, but her inner strength when a challenging period hits.
1
2

"Our greatest weakness lies in giving up. The most certain way to succeed is always to give it just one more shot."

Cancer has no respect for age, skin colour or economic status. I have been affected as I have seen my friend, Tanishia Simpson, battle and defeat cancer in her 20s; my two college friends in their late 30s; and now my close friend, Marlene Godfrey who we call 'Prim', is fighting and beating this dreaded disease.

Last April, it came crashing down on her after she complained about a pain under her arm. She had been complaining about it for a few days and I told her it could have been the wire bra squeezing her arm pit, which caused a lump or boil. Little did I know it was the big C.

We were so excited to attend Diner En Blanc for the first time in St Andrew, in April 2016 and the only person who would have stopped our show, was Jesus Himself. Prim was feeling a stinging pain under her arm but was determined that no pain would stop us from attending the event. I assured her it was her bra and she should not worry and just go to the doctor and have it checked that Monday.

The next day, Sunday, April 18, 2016, she complained to our mutual friend Diane Dawkins about how nervous she was about the pain and doing a mammogram. Diane told her she would accompany her. When the technician checked her lump, she did not even complete the mammogram but requested a biopsy immediately.

The three weeks waiting for the results seemed like eternity and was a test of her faith. Whenever we spoke, I could hear the pain and sorrow in her voice. I did my best to lift her spirt with words of encouragement.

As she listened to the doctor explain the type of cancer she had, her body was in shock. It was aggressive stage two breast cancer. During the entire process of visiting the doctors, oncologist, and completing chemotherapy, Diane stood by her side. But there were times when Prim was dealing with the pain and nausea from chemotherapy alone.

In her own words:

"During my time of chemotherapy, with no one around during the days, I prayed for a phone call from a friend or family who was on their way with a cup of chicken soup. I was so weak and it was difficult to even prepare a cup of ginger tea to fight the pain in my stomach. I felt hopeless and helpless and knew right then and there I would fight and beat this disease. I cried out to God and begged Him to give me a second chance at life. I promised Him that I would focus on serving Him and would share my journey as a testimony. The chemotherapy was difficult and painful as I was nauseous and unable to eat for the first two to three days after receiving treatment.

The pain intensified with more treatments and the only person who carried me through this journey was my Heavenly Father. This dreaded disease allowed me to draw closer to God and to appreciate every day I was alive. I got baptised and committed myself to leaning on to my Heavenly Father to fight this dreaded and painful disease. After my third round of chemotherapy, I lost my hair and accepted the fact that life must go on. I hid the pain of losing my hair under the many wigs that I had and smiled through the stormy clouds. I had always had long, beautiful hair and at first found it hard to accept the baldness. I had a photo shoot showing the world my struggles and sharing my fight to beat cancer that reminded me that the beauty of a woman is not her hair or her long beautiful lashes, but her inner strength when a challenging period hits. It is the smile she wears through the storm, and the fight and determination inside. It is her faith and courage that she finds to carry her through the tough times and the battle that she won.

"My care team of doctors, friends, family members and even strangers both local and overseas have been very supportive over the past 18 months. They responded quickly when I needed a helping hand, and I never felt like I was fighting this disease on my own. I received visits from family, friends and even strangers who came to pray and minister to me during the chemotherapy sessions, after surgery and during my radiation treatments. Each birthday is so much more than just another birthday, it's a celebration of life. I was determined that on March 25, 2017 that I would beat cancer and attend a second staging of Diner En Blanc and enjoy every moment of the event. I now do the things that I always wanted to do, and I won't stop myself from living in the moment. Cancer wasn't a death sentence for me, it was a wake up call to live life to the fullest and to commit myself to Christ."

Watching Prim fight and defeat cancer has helped me with those darkest moments and challenging periods in 2017. Her persona and strength has showed us all to let go of fear and to look deep into our hearts and find God's purpose for our life. Our setbacks in life will remind us daily that God is in control. Ponder on these words when going through a raging storm, "You are braver than you believe, stronger than you seem, smarter than you think, and twice as beautiful as you'd ever imagined."