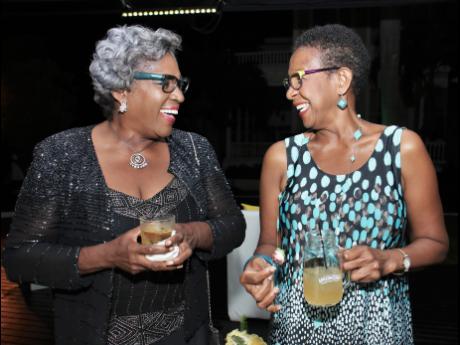 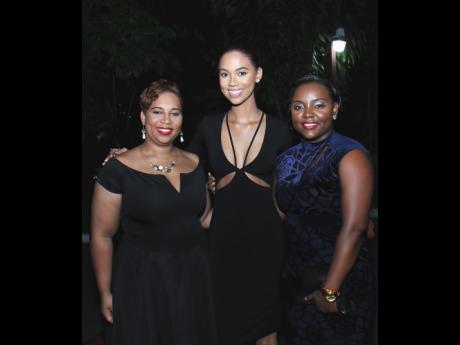 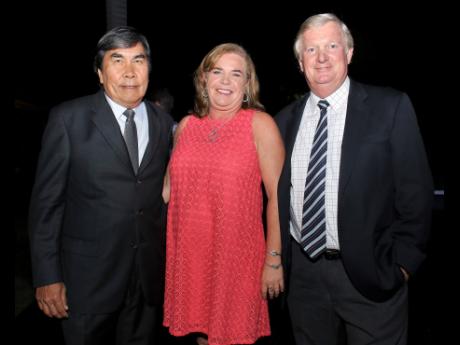 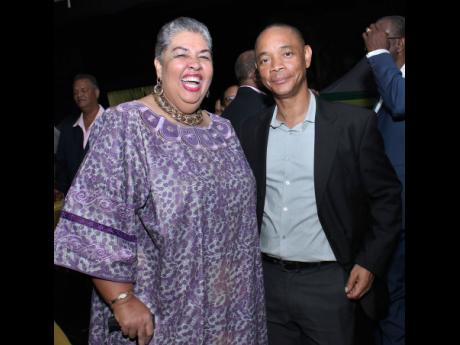 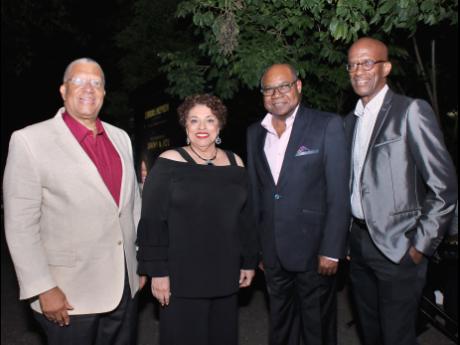 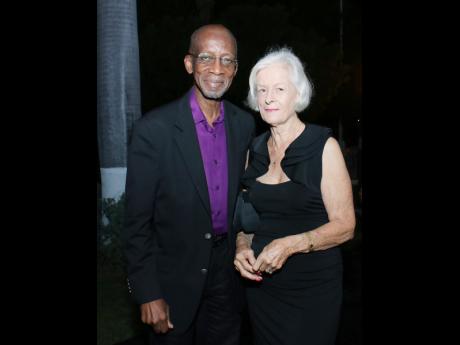 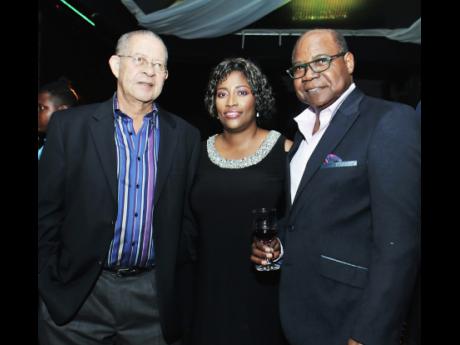 To produce one of the best rums in the world, you have to have the best people, and that is the case of Joy Spence and Clement 'Jimmy' Lawrence of J. Wray & Nephew.

On National Heroes' Day, October 16, the two were bestowed with the Order of Distinction, Commander Class by the Government of Jamaica. Spence, the world's first female, and one of the best master blenders in the world, was honoured for her contribution to the promotion of Jamaica's rum industry and Brand Jamaica locally. Lawrence, the chairman of J. Wray & Nephew, received the award for his invaluable contribution to the spirits industry in Jamaica, and economic development.

J. Wray & Nephew celebrated their invaluable employees with a lovely event on the formal lawns at Devon House, St Andrew. With the historic great house as the backdrop, tents draped in the national colours completed the setting where the two guests of honour were celebrated.

Leader of the opposition, Peter Phillips called Lawrence and Spence, "Modern-day heroes in Jamaica", and "keepers of Brand Jamaica". Minister of Tourism Edmund Bartlett, said theirs is an experience worth emulating, and noted that with their honour being the fifth-highest in the land, there is more to come.

With guests well aware of the awardees' professional acumen in the spirits industry, it was fitting that their spouses provide a bit of inside knowledge. Dr Monika Lawrence noted that as the only man in the house, her husband has myriad other jobs which include fixing a flat tyre, washing cars, picking fruits, yet nothing seems to be beyond his capability. She said that he lives by the mantra that family comes first and "I can achieve all things if I apply myself." This was followed by a surprise performance by the Stella Maris Dance Ensemble that she founded.

For his part, Emile Spence described his wife as a gifted woman with exceptional talent who always does what is right no matter the cost. He spoke of her interior decorating skills, her delicious shrimp fired rice, and oxtail, and revealed that she is known as the CNN mom. "Anything you want to know, ask Joy." He also revealed that when they started dating, she never drank alcohol - a situation that quickly changed once she started working at J. Wray & Nephew. But in the quarter century that she has worked for the company, she has never brought her work home.

The formal proceedings closed with a performance by Tarrus Riley whose hit She's Royal became unisex for the night.

Then it was time to party under the stars, in celebration of two Jamaican pioneers.