UPDATED: AFJ Gala 2017, A Night of Giving and Glamour 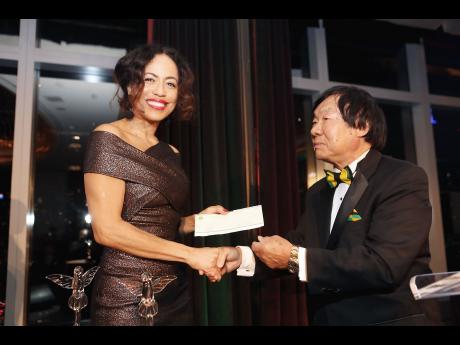 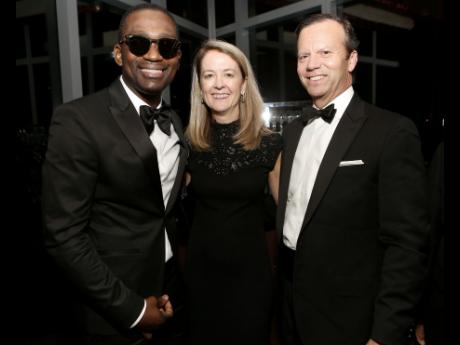 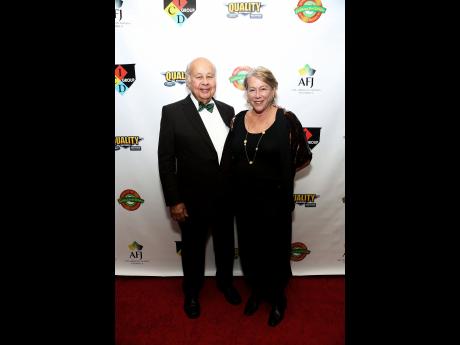 Contributed
Deputy Chairman of RJRGLEANER Communications Group Oliver Clarke and his wife, Monica Ladd, a member of the AFJ board at the recent gala in New York. (The caption previously incorrectly identified Oliver Clarke as chairman)
1
2
3

Monday, October 23, was very special for Joseph M. Matalon, Vincent HoSang and Cecil Sam Wright. All three men are Jamaicans who have distinguished themselves at home and abroad, and for their philanthropic efforts, were presented with this year's American Friends of Jamaica (AFJ), International Humanitarian Hummingbird Award.

More than 200 guests gathered at the Mandarin Oriental Hotel in New York for the annual gala, which celebrates the accomplishments of Jamaican giants and their unwavering support for less fortunate Jamaicans. Some US$350,000 was raised through a silent auction and pledges at the event.

President of AFJ, Wendy Hart, expressed pleasure in the work and accomplishments of the three recipients and pride to claim them all, "as our own".

Owner of the Quality Ford Dealership in New Jersey, Cecil Sam Wright, in thanking the AFJ for the award, said his mother must be smiling down on him from heaven and saying, "Son, you did well".

He said his late mother's guiding words that have kept him through the years were: "Make sure you stay out of trouble or you won't get far. If you want to be successful, hang around good people."

Chairman of ICD Group Holdings Limited, Joseph M. Matalon, thanked his wife, family, siblings and friends who have collaborated with him over the years, in his efforts to give back. "I accept this award with humility and thank my parents who provided the environment in which I developed the attitude of helping others," Matalon said.

Vincent HoSang, chairman/president of Caribbean Food Delights, in his uniquely entertaining style, chronicled his challenging journey from his arrival in the United States, to today where his company is the largest producer of Jamaican frozen patties in the world.

He revealed that the company now operates out of a 103,000 square-foot facility, and are once again in expansion mode. In summing up his success, HoSang told the audience, "Hard work will not kill you or else I wouldn't be here tonight."

Executive director of the AFJ, Caron Chung told Outlook that it is always important to work with those who are passionate about making a difference.

"What is bigger than a contribution, is the demonstration of advocacy for cause. We are committed to helping Jamaicans in need with tools and opportunities to help them improve their conditions and realise their fullest potential," Chung said.

Former American Ambassador to Jamaica, Sue Cobb, who was also co-chair of this year's gala, expressed gratitude to everyone for their contributions throughout the years and urged them to continue giving generously.

The night's entertainment included a video presentation showcasing a few of last year's recipients of AFJ donations who are now benefiting from its philanthropy.

EDITOR'S NOTE: A previous version of this article incorrectly stated that Alpha Boys School received US$431,520. The correct sum is US$31,520.)