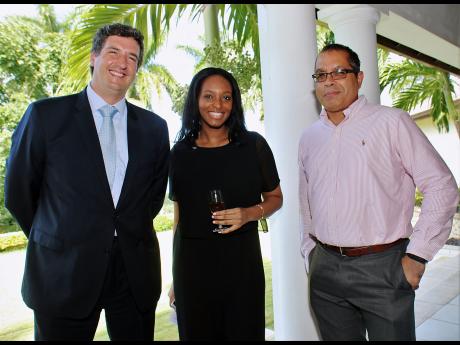 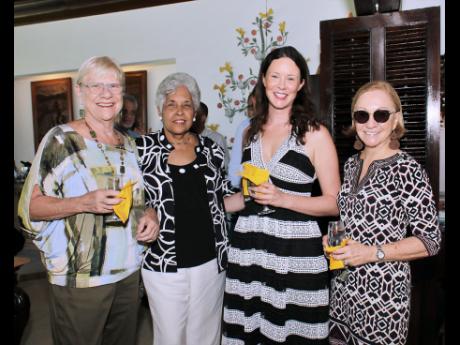 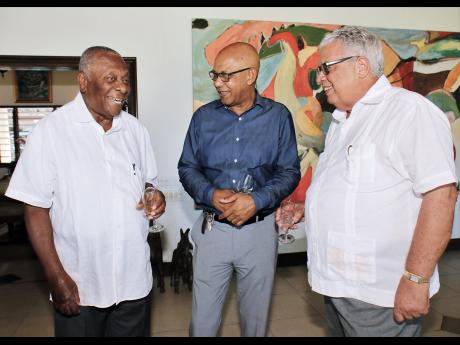 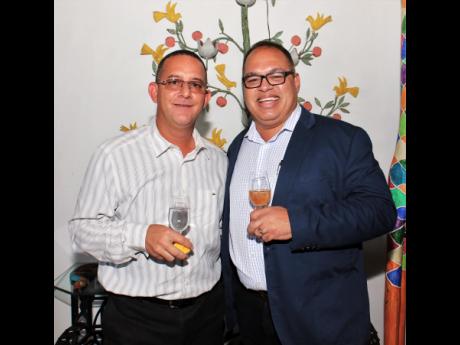 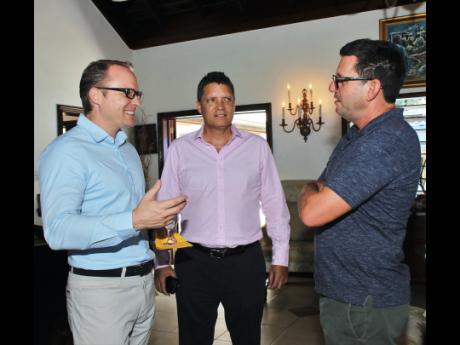 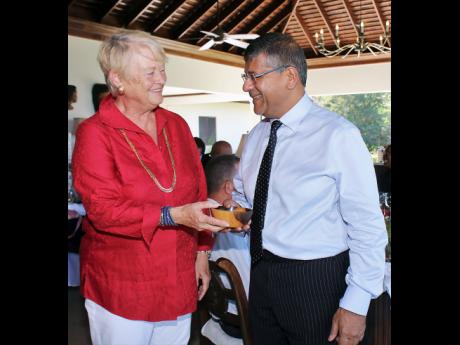 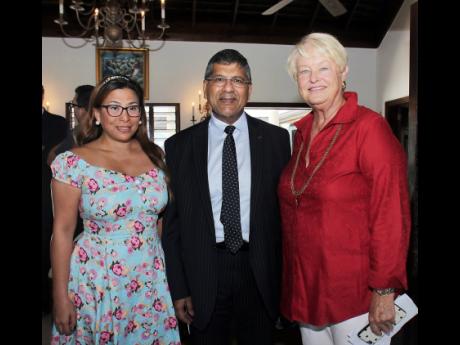 The high commissioner, who was on a trade mission to the tourism capital, was feted by the Indian community on Wednesday, November 15; hosted to lunch with a difference the following day; played host to the business community at the Hilton Rose Hall on Friday, November 17; and kicked football in an inner-city community later that day.

Rollins creatively brought trade discussions outside of the boardroom, creating a space in her wide living/dining room area for an exchange of ideas among community leaders and the new emissary.

With help from Rose Hall Development's CEO Wylie Sweeney, Rollins and Ahmad played something similar to musical chairs, where they changed seats for each course.

Throughout the delicious three-course luncheon, guests were given deeper insights into the work being carried out by the high commission and the Rose Hall Development's role in nation building.