The bandana comes out in style 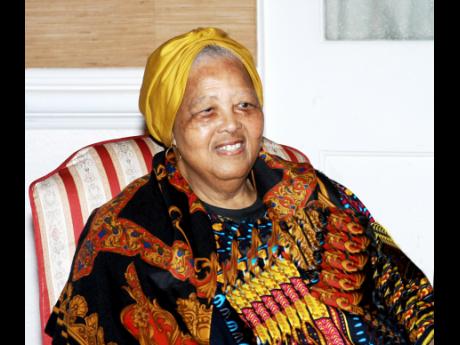 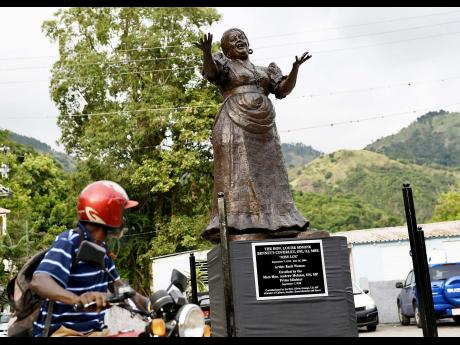 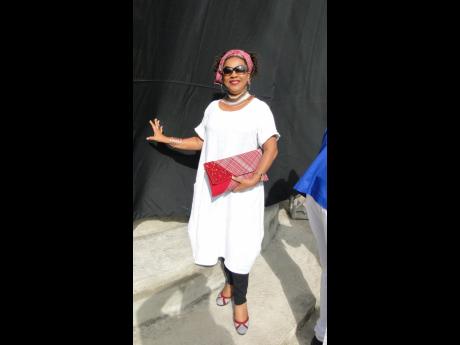 Paul Williams
Professor Verene Shepherd has outdone herself with this ensemble. 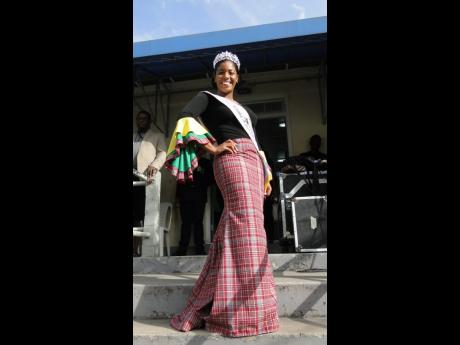 Paul Williams
Miss Jamaica Festival Queen 2018 Ackera Gowie, knocks them out with the tiara, the smile, the pose and the bandana gown. 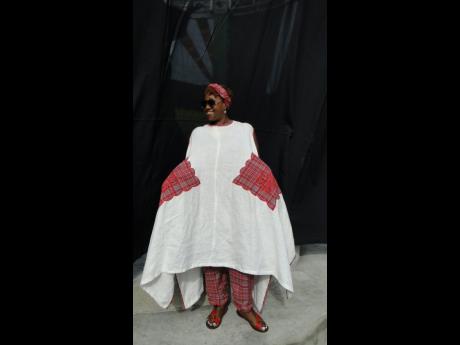 Paul Williams
Dr Susan Lycett Davis, of Dr Sue and You, spreads it all out. 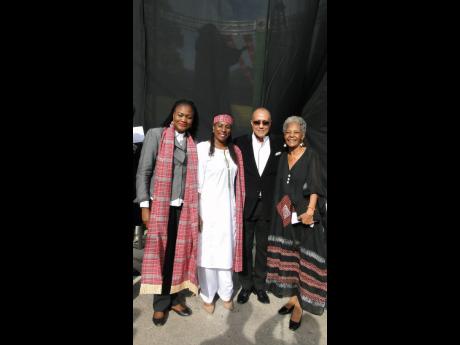 If ever there were anything that definitely would be at the unveiling of the Miss Lou statue in Gordon Town Square on Friday, September 7, it would be the bandana - that colourful piece of our cultural and social fabric, made popular by our linguistic and cultural icon herself.

Miss Lou turned the bandana into eye-catching ensembles that she wore with great aplomb. So, when the news of the unveiling of her image reached the ears of some people, the only thing they thought of wearing was something with bandana in it, or the whole bandana itself. They got no memo which suggested that they wear it, but the bandana, they insisted, they would wear.

The bandana, also called the madras, is a light, plaid, cotton cloth of various bright colours and shades, and designs. It is said to have originated in Chennai, a city located on the Bay of Bengal in eastern India. Chennai is the capital of the state of Tamil Nadu.

It has its roots as a British military garrison and East Indian trading outpost when it was called Madras, thus the name of the cloth. It was part of the cloth trade between India and the Caribbean about the mid-1800s, and became popular among black working-class women, who wore it with pride.

No one knows for sure exactly when it began to be regarded as an important cultural motif, but it has evolved to become significantly associated with the traditions and heritage of the Jamaican people. It was Miss Lou, more than any other Jamaican, who had inspired Jamaicans from all strata of the society to wear it and embrace it for whatever it values.

On Friday, they turned up in Gordon Town Square in all their bandana splendour, and Outlook was there capturing the styles of the madras mavens.