Painting a ‘Picture’ of Windrush 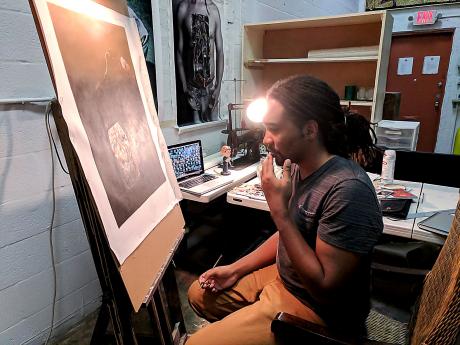 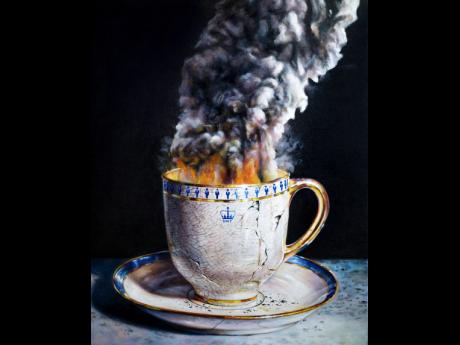 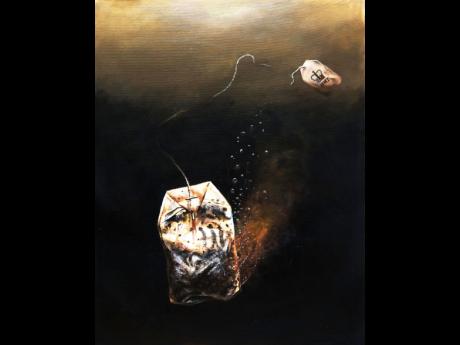 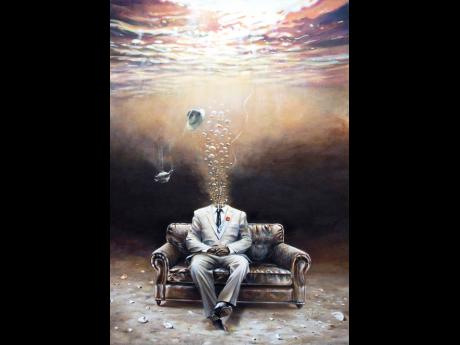 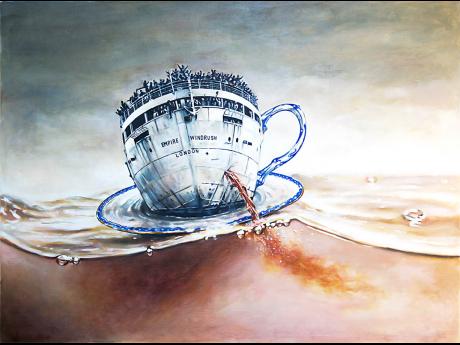 Contributed
'Storm in a Teacup.' 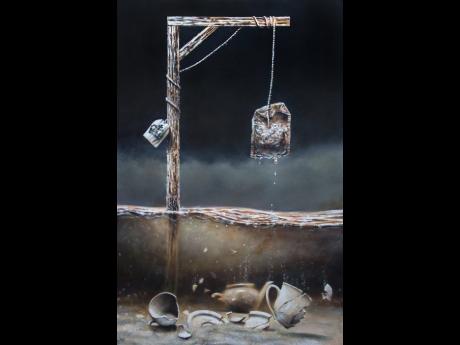 In a world of painting and photography, a symphony of pure artistry awaits, eagerly exciting audiences in its wake. The maestro conducting this dynamic orchestra of painting a 'picture' of Windrush is none other than Michael Elliott.

Elliott shared artistic traits with other members of his family, who focused mainly on music. He knew he wanted to remain within the creative sphere, but was unsure of the expertise that would take form and shape his life forever.

"Throughout my high-school years, I fine tuned my craft and experimented with both wet and dry media. During my art-school years at the Edna Manley College of the Visual and Performing Arts, I was introduced to photography, which quickly became a tool in the process of my paintings. I developed an interest in photorealism, a technique in painting based on depth of field in photography, where light, colour and texture are simulated to give a three-dimensional feel," he told Outlook.

The more he painted subject matter of varying concepts, while doing fine art photography and commercial shooting, the more he realised that the two intertwined in his world. Viewers often thought his paintings were actual photographs because of the treatment within the technique. "Majority of my paintings depend on the use of photography or the juxtaposition of photographic images to create a working image that influences my paintings in its final outcome.

"I value both mediums in the same now, even more than ever before. My skill set in photography and photo montage art has dramatically improved over the years - I have started exhibiting conceptual photography, which closely resembles the concepts in my paintings. So conceptually, I don't separate them because they are two different mediums, I view them as the same process but different tools."

After exploring a wide range of artistic works, a new series came to his creative mind: 'The Windrush'. 'The Windrush' series was born out of the growing political scandal gripping Britain in recent years, of persons wrongfully deported to their homeland due to being falsely detained, denied their legal rights or those actually threatened with deportation.

Having historical awareness of West Indians migrating to Britain and the social problems involved, Elliott shared that the scandal opened his eyes to the magnitude of problems, inspiring him to honour those affected by dedicating a series to the occurrence, "In July, I started cultivating ideas and creating pieces based on the Windrush saga. I carefully navigated the history of the Windrush, and what the migrants went through in Britain from its inception to modern times."

Painting a picture of epic proportions, he continued by saying, "I used symbolism in my work quite often to represent my ideas. So I thought, 'What could I use to represent this story?' I chose to implement something that is customary to the British: teacups, teabags, teapots. The theme of tea represents the idea of friendship, togetherness and hospitality, which the migrants should have received. But the process wasn't about just painting teacups and other chinaware. It was about distorting them and depicting an indigestible cocktail that represents the scandal in question."

The series officially launched that month of last year, when he started the series with the first two paintings in Miami, and bore greater fruit when he continued creating other pieces on his return to Jamaica. "The reception has been very positive so far. The fact that the Windrush scandal is a hot topic in Jamaica and the Commonwealth also amplifies its importance, compounded with the continued talks of reparations in Jamaica."

Describing the journey as overwhelming and "the ship never stops", he plans to create and exhibit more within the Windrush series this year as well as other bodies of works reflecting black history, utilising the mediums of painting and photography in this journey. "I don't know what series will come next, but what I can tell you is that I'm always exploring new possibilities," he added.

His advice to aspiring artists and creatives is to never give up, and don't be a slave to what society wants you to create. "Always have the patience to fine-tune your talent, ideas and never be afraid to listen to advice, even if it may not sound like what you want to hear."

You can find out more of Elliott's unique paintings and photography on his website www.studiomichaelelliott.com or on Instagram: @studio_michaelelliott.