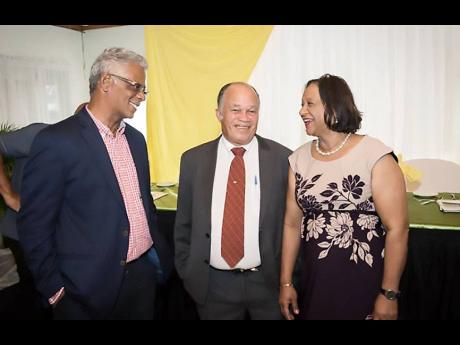 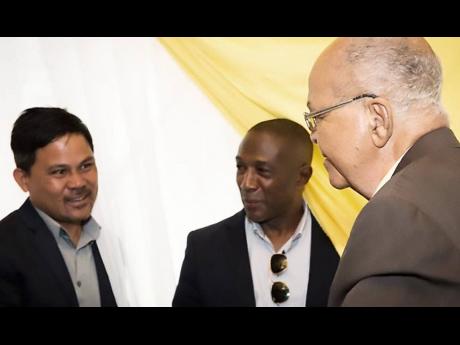 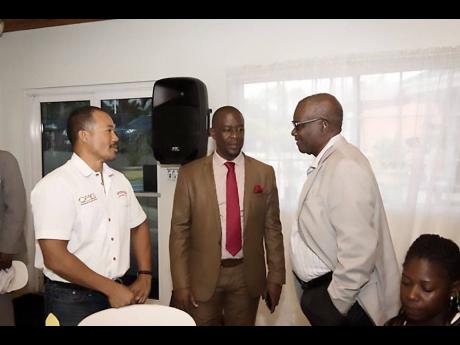 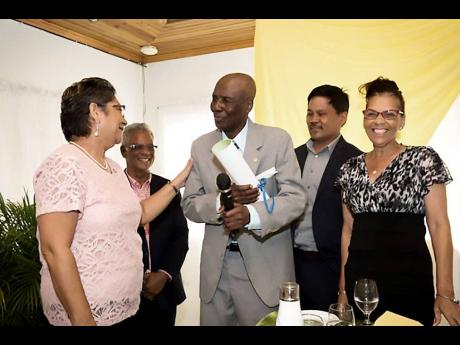 Contributed
Clinton Wilson (centre), recipient of the JGRA Lifetime Achievement Award, is being congratulated by (from left) Sandra Kenny, Trevor Heaven, Gregory Chung, chairman of the JGRA, and Leanora Wilson. 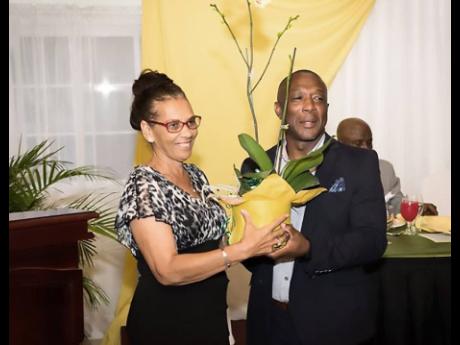 The Jamaica Gasolene Retailers Association (JGRA), recently held its very first Life Achievement Award Ceremony at the Tropic View Hotel in Mandeville. The JGRA honoured three longstanding members for their contributions and services to the association and the petroleum industry.

“This award ceremony was indeed a momentous moment for JGRA. Honouring those who have served over the years is essential because they have contributed to who we are today”, said Gregory Chung, chairman of the JGRA.

“The efforts of many dedicated members, who have worked tirelessly throughout the years to build and maintain this great organisation are being acknowledged,” he added.

According to Chung, the contributions of these members have enabled the organisation to withstand many challenges throughout the years. Combined, the three awardees have given 149 years of service to the JGRA.

George Roosevelt Bird was described as a well-respected man, not just by his family members, but also his community, where he was well involved, and is also a JP for Manchester. Bird applied the basic principle of hard work and dedication as he believed they are the main ingredients to success. George served JGRA for more than 40 years and during these years, he succeeded at every task or project he was involved in. His credibility is something to speak about and he is a man with great vision and ideas. For having served the JGRA, Bird’s community and the nation saluted him.

Clinton McLaren Wilson was saluted as he served the JGRA for 37 unstinting and remarkable years. Wilson was described as a man who loves family, has a hunger for knowledge, one who is calm, thoughtful and quiet. Wilson is a strong believer of ‘anything you do, just do it well’. He lived his philosophy and with this, his success was nonstop.

Mortimer Artimus Phillips was known as a stern individual, but always with love and the underlying motive for improvement for the association. Phillips was also seen as the ideal example of a hard-working person. He gained work experience at a tender age from his Uncle George, who played a father figure after Phillips lost his dad at age seven. This hardship built Phillips and positively shaped him as a person – one who is hard-working, family lover, and successful businessman. The JGRA saluted Phillips for his excellent services throughout the years.

The award ceremony was rife with congratulatory messages and meaningful speeches, including greetings from Mayor of Mandeville Donnovan Mitchell, who said all the awardees, as well as the JGRA, played an important role in the parish and wider Jamaica. He said he was overwhelmed to be a part of the ceremony and the parish. He also said that he would continue to work with the JGRA in making Manchester and Jamaica a better place.

The JGRA has been on a positive trajectory since operations began in the 1950s. The company has many groundbreaking plans that, it believes will revolutionise the industry.