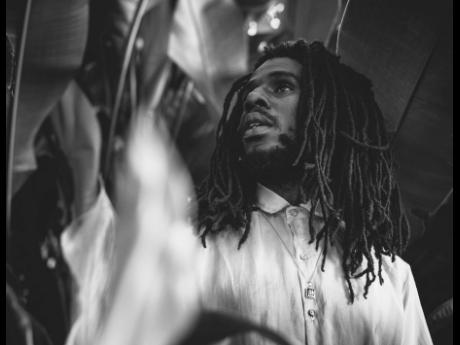 Through his lens, Jik-Reuben Pringle is able to capture the essence of Jamaica and the richness of its culture. His work conveys messages filled with purpose that has been acknowledged by local and international photography agencies across the globe. His passion for photography and videography, stemmed from his great appreciation of art, which, he admits, has been a part of his life from its inception. As a visual advocate, Pringle is determined to use his craft to bring awareness to various issues affecting the citizens of Jamaica.

Pringle’s earliest memory of photography took place as a student at the St George’s College.

“My mom bought my first digital camera. It was a very small camera, point and shoot, probably two megapixels the most. I remember taking pictures of everything,” said Pringle.

However, he decided to put photography on the back burner and focus more on becoming an artist and graphic designer.

“I loved technical drawing, and I loved art class so much that I was always in those classes, even when it wasn’t even class time,” said Pringle.

Pringle then decided to study land surveying and geographic science at the University of Technology (UTech), where he was reintroduced to photography.

‘IT JUST BECAME MY PASSION’

“I decided to take photography more seriously in 2010 during my first year of university. I had my second point-and-shoot at the time. My friend showed me how to use the macro function, and that was pretty much the catalyst which made me who I am today. When I learned how to use macro, I started shooting every single insect and every plant that I could,” said Pringle.

By 2013, he was the president of the UTech Photography Club.

“I didn’t decide to make this craft my passion, it just became my passion,” declared Pringle, who admits that photography has allowed him to grow exponentially. “Prior to accepting photography as not only a passion but a profession, I was very shy, timid, and photography has really allowed me to be more confident. I am very driven and calculated in everything that I do. Everything that is photographed is highly thought through, because photography has become a main element into my life,” he explained.

Pringle told Outlook about the struggles associated with the arts on the island.

“Even though Jamaica is a creative hub, we don’t have the resources readily available. It is so expensive and taxing to bring in equipment to do anything. Sometimes I would want strobes and have to do without, because I would never be able to afford it,” said Pringle.

This forced Pringle to simplify his concepts, which sometimes turned out to be a good thing.

“The market is saturated, but I decided to rise above it by being different,” stated Pringle, who worked ardently on his personal brand and image. “People can know my photos without a hashtag or watermark being connected to it. I am always as professional as possible. That is what allowed me to not be affected by the saturation of the market,” he said.

His achievements include being a part of the pen Jamaica project as a videographer/photographer.

“That project meant a lot to me. It was using my art to be a part of something that was documenting and changing lives,” said Pringle, who is also a Jamaica Cultural Development Commission merit awardee.

“Being patient is key for building a name and a brand in photography,”said Pringle, who has been practising creative photography for more than eight years and videography for four years.

“I just started getting acknowledgement in the last three years. It takes time. You have to be passionate about it and be professional,” he said.

Photography has allowed Pringle to travel to Germany and Spain as part of the ‘Up United Purpose Tour’.

“I had the opportunity to showcase at an exhibition in Berlin and Hamburg. I was fortunate to document reggae festivals in both Spain and Germany. Concert photography is one of my first passions,” he said.

His most recent project featured Sanshegay Peart, who is living with osteogenesis imperfecta. The screening was on March 2 at Chilitos.