The art of storytelling with Gloria Hitchins 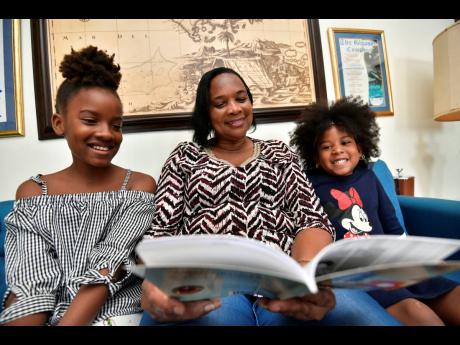 Gladstone Taylor
Author Gloria Hitchins (centre) reads an excerpt of her book ‘Little Johnny the Sleepwalker and his Puppy’ to her grandchildren Milan Russell (left) and Milah Bourne. 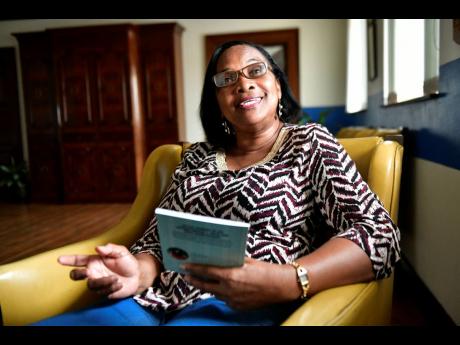 Gladstone Taylor
“I encourage any author to write Jamaican. Pick the age group that you’re writing for and follow through from there.” 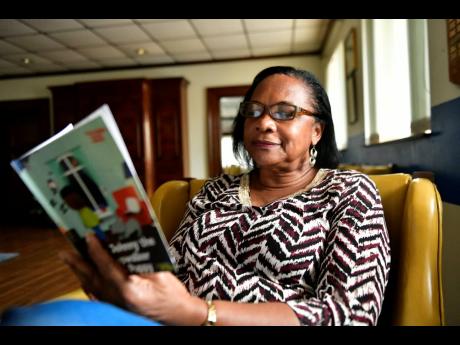 Gladstone Taylor
Gloria Hitchins, who enjoyed hearing stories as a child, decided to write her very own children’s book. 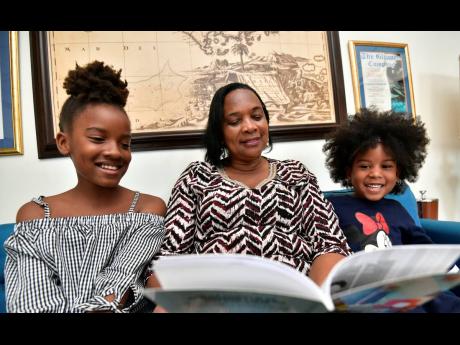 Gladstone Taylor
Her family, particularly her grandchildren, are very fond of her choice in writing, as it bridges the generational gap through storytelling. 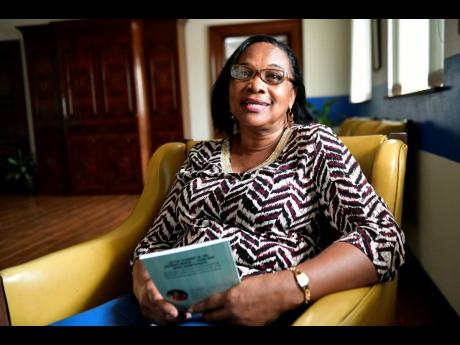 Gloria Hitchins attributes the best time of her life to her youthful years growing up in the community of Trout Hall in Clarendon. Taking an oldie but goodie stroll down memory lane, she recalls those days, often being consumed by fun, imagination and wonder. And her rural upbringing ignited the priceless tradition of storytelling.

Her family would make a grand performance out of telling stories at nights, and Hitchins would revel in the joys of these tales.

That fulfilling flame burned bright in her heart for decades to follow. And she spent quality time reading other stories to her children and grandchildren at bedtime, until one day, she decided to tap into her familial talent and release her very own children’s book.

“I was inspired because I started teaching in early-childhood education. I’m always telling my grandchildren stories and my father would tell us stories growing up. So I embarked on this exciting journey as an author and I’m grateful for where it has taken me,” Hitchins explained to Outlook.

Little Johnny the Sleepwalker and his Puppy tells the unique story of a six-year-old boy and his best friend. Johnny, who kept his grandmother worried because of his sleepwalking, placed her mind at ease when she brought home for him his very first pet. He and his puppy remained inseparable, for the most part, once they met, and shared in wonderful adventures together.

Influenced by her own culture to write the book, she explained that her reason for exploring authorship was due to the fact that there weren’t enough children’s books on the market that Jamaican children could relate to.

“It’s good to write about new and old Jamaica. My book, dedicated to my grandchildren, is an ode to my formative days; my father would play a guitar and my mother would share stories via moonshine. It does depict a little boy that I know in Clarendon, and it speaks about different local fruits, farms and farm animals, popular activities. It gives a taste of our vernacular and children can colour the illustrations inside, so it’s very interactive as well.”

The reception so far has been good, according to the author, who has also been an educator for 10 years, and before that, worked in administration with an accounting firm.

“It started out slowly, but it has picked up over time. Children are loving the characters. And just the other day, my granddaughter’s friend discovered that the book was written by her friend’s grandmother, and she went on in excitement to say that this is her favourite book,” she revealed.

Although the writing process can be sometimes tedious, the new writer powers through in faith, using the mighty pen and paper as her soaring guide. After approaching several publishing houses, her book was released under Pelican Publishers, but she shared in the publishing cost. This meant financing the illustrations along with the printing – an expensive venture for the first-timer. She was, however, determined to make it at all cost, and has since done readings at her church, at different schools, along with Bookophilia and Kozy Korner Books N More, just to get the word out there.

Her family, particularly her grandchildren, are very fond of her choice in writing, as it bridges the generational gap through storytelling. Already, they are actively involved in the writing of her second book, reading drafts ahead of printing time. More adventure is what tiny readers and their parents or guardians can expect from Hitchins’ next body of work.

The formal retiree isn’t letting age or stage stop her from making her dreams a reality – she is definitely a beacon of hope for senior citizens out there who would love to do something outside of just staying at home. Hitchins encourages local aspiring authors wanting to pursue their passion to write Jamaican. “Also, pick that age group that you’re writing for and follow through from there.”

You can get your copy of Little Johnny the Sleepwalker and his Puppy at Bookophilia, the Norman Manley International Airport, York Pharmacy, Duhaney Park Pharmacy and Kingston Bookshop.