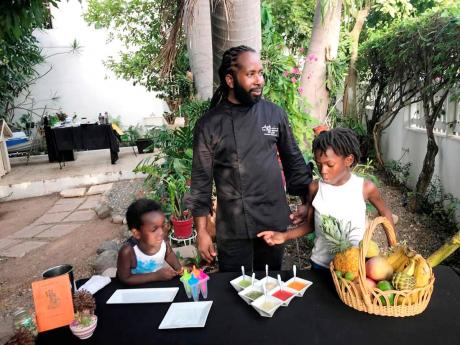 Contributed
Oji Jaja and his sons Mahari (left) and Akili are always adventurous and looking forward to each new experience. 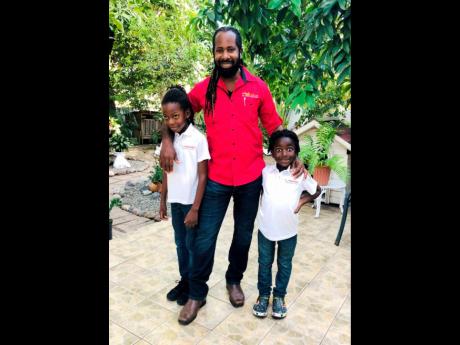 Contributed
Oji Jaja and sons Akili (left) and Mahara enjoy trips to the beach and the go-kart track. 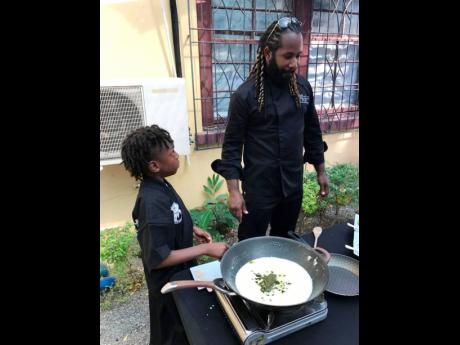 Contributed
Like father, like son, executive culinary artist Oji Jaja prepares a feast with the assistance of Akili. 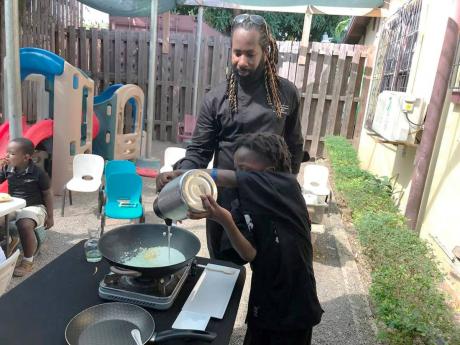 Contributed
Like father, like son. Executive culinary artist Oji Jaja prepares a feast with the assistance of Akili.
1
2
3
4

Oji Jaja is popular in the culinary landscape for his exceptional service in combining love and passion to create masterpieces. But the executive culinary artist is also a hero. A super dad of two boys, Akili and Mahari, Jaja shares with Outlook his journey through fatherhood.

Slowly ascending the ‘nine-step’ ladder into a new world for his first child, he remained optimistic about the new challenges that awaited. He knew the child would come, and did not wait for instincts to kick in, as he and his partner moved from an established couple to a new family.

“I was not prepared for fatherhood. Once I found out that I was about to be a dad, I went about getting the things I knew he (Akili) would need. And I started to research what I needed to know about taking care of a child. Now I realise that it’s a very unique experience, which has taught me so much about myself and these lovely boys. It has evoked all sorts of emotions,” Jaja explained.

For Jaja, the pyrrhic victory of assuming his new role was one of both happiness and fear. His mind was drenched with conflicting thoughts, as he questioned his readiness for the responsibility of another life. Would he be able to adequately provide emotionally and financially, always crossed his mind. Still, he was happy.

“I knew I was about to have a brand new experience which would see me influencing this life and, hopefully, guiding him into becoming a well-rounded individual. When I first held Akili in my arms, there was a feeling of vulnerability that came over me. I realised that this life was my responsibility and that my life and his would be intertwined for as long as I live,” he told Outlook.

Fatherhood, and parenting on a whole, can be shocking. From throwing curve balls and tantrums to other jaw-dropping encounters; you’re likely to be amazed by the unexpected shows your child, or children will stage. However, by the time Jaja had his second son, he had everything on point. All fears were gone and he bravely accepted the tasks of a newborn.

“I am not easily shocked, but I have been pleasantly surprised at how perceptive my boys are. They ask some questions that I wonder if I should answer sometimes; but if I don’t, they may get the wrong answers from other places. Like myself, I hope they will be leaders and innovators, helping others in whichever way they can,” the proud father said.

Regular trips to the beach and go-kart track often gets his boys excited. And he’s always ready to hang out, play video games, watch the television and read to them at nights.

When asked what’s the one thing he is thankful to the mother of his children for, he answered: “I am thankful to her for bringing these boys into this world. It has been one of the most meaningful experiences I have had.”