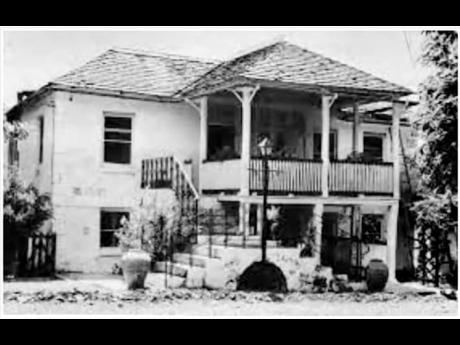 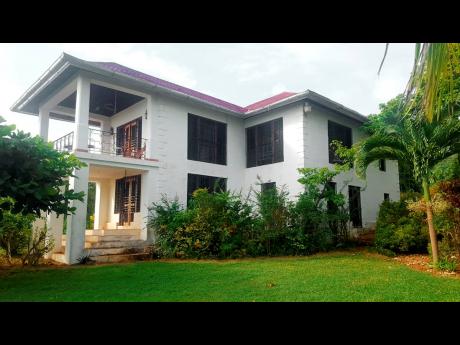 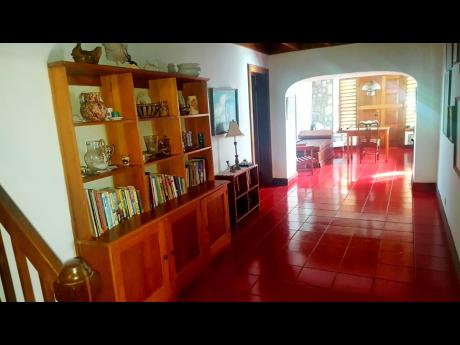 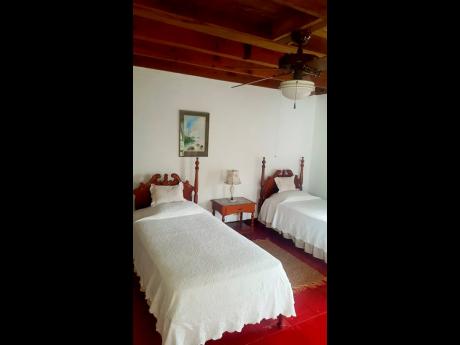 There are houses that create anxiety among the living, where unexplainable and unspeakable things are said to happen behind their mysterious walls. Yet, for some strange reason, mankind has been obsessed with their very existence.

Known as haunted houses, they sometimes terrifyingly facilitate communication with the dead and undead, bringing architecture and the paranormal into an unholy alliance or unifying force.

This week, my courageous readers, we confront our fears, and dare to visit this ghostly great house together. With deep reservation and much apprehension, we make that drive to the parish of Westmoreland, in the vicinity of an area known as Cave. Up the narrow, precipitous, rough driveway we go, until we come face to face with a quaint, Georgian-style, two-storey, stone-wall structure with its gable roof of shingle sited on a plateau with all-encompassing views of the coastline.

The upper floor constitutes a surprisingly expansive, airy living room, leading to a small games room. There are two balconies on opposite sides of the building (one with an external staircase), overlooking land and water sceneries. Also included is a bedroom and a modern bathroom.

The lower level has a sitting room, a main hall and three comfortable bedrooms, along with another bathroom. Two separate porches sit below those balconies.

The upper floor is of wood, and a staircase transfers you between levels. Furniture is highlighted with several antique pieces. Fly on the wings of time, as ornaments, pictures and other artefacts meet your gaze, beckoning you back hundreds of years ago.

Other detached buildings on the property comprise a kitchen, dining room and screened verandah structure (with chimney stack) for your dining and leisure activities; a caretaker’s cottage and separate garage. Some pimento trees are also evident, as it was once a pimento estate. An eerie graveyard nearby, with skeletons of the past, feed the supposed supernatural environment.

Now reduced from its hundreds of acres to the present 50, the great house was rebuilt after the 1780 hurricane. It was once owned by one Fanny Jones, who was said to have been very wicked to her slaves. She had them mercilessly flogged, torturing them over and over in different ways. Her cruelty knew no bounds. When she died, the corpse was put in a leaden coffin and buried in a vault on the property. The house then came into the ownership of Frances Jones in 1881. The property was later transferred to J. A. Hoskins, then to the McKintoshs, and then again to the Phillips family.

Yes, this house of past brutality and regality has, over the years, had its fair share of destruction (with hurricane, earthquake and fire) and resurrection.

Known as Chebuctoo Great House – taken from the original North American Indian name, before it became Halifax, Nova Scotia, Canada – it was declared a national monument by the Government in 2008. Not open to the public, its longest-standing trustee is Paul Bicknell.

That unnerving sense of dread on arrival has disappeared. No signs of duppy! Obeah has not been experienced! Rather, we are impressed by the architectural preservation and restoration efforts. We applaud those responsible in whatever ‘world’ they may dwell – spirit or otherwise.

- Barry Rattray is a dream house designer and builder. Email: barry-rattray@hotmail.com or lifestyle@gleanerjm.com.