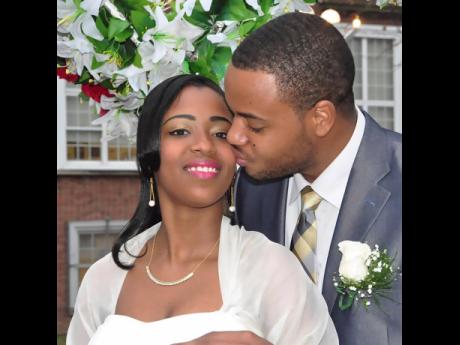 At age 12, this Munro old boy decided he needed to create a revenue stream for himself to alleviate the burden on his mother, after she was made redundant from the Appleton Estate, where she worked in the main testing lab. Coupled with that, McKellar’s grandmother, who at the time had limited mobility, was also experiencing a deterioration in her health. McKellar’s mother was their main caregiver.

“My family was never well-off in any way, but Mom always ensured that we got by, and I was always content with what was sufficient,” McKellar said.

His mother had reverted to her part-time job as a dressmaker, which meant she had to scale back on certain things, and her ability to cover all her monthly expenses was dependent on the demands of her clients. But the bills to attend the all-boys institution were as steep as the hills he drove to get to Malvern. What made matters worse, he was a ‘day student’ (in boarding school this refers to students who commute) with an extensive commute, and the bills each term reflected this.

“At times, it felt as if we were paying two school fees each term. One for travelling to school and one for actual schooling,” McKellar said.

It wasn’t about to be all dark days and gloomy nights for McKellar, though. He had a scholarship from the local credit union which alleviated the burden of some of the bills. But with his mother’s sudden drop in earnings, the scholarship was about to only go this far and no more.

“All this also meant that my daily lunch money was going to be cut, and it was, and it was never more than sufficient to begin with. Just enough to take me to school, keep me energized and back home for dinner, so anything less than that would be felt,” McKellar explained. “The beauty about all of this was that it never made me bitter or upset at anyone, let alone my mom; but rather, it bred creativity and a will to change the situation and to survive,” McKellar added.

SURVIVAL VS FITTING IN

That creative DNA found in almost all Jamaicans led him to start a private ‘hustle’. But what seemed like a ‘little thing’ back in 2007, paved the way for where he is now.

“I started selling lemon pops at the time, in the seventh grade. This was illegal, and I’m sure it still is to this day; and I’ll never be proud or celebratory of the fact that I was breaking a rule, but it was the route that was taken at the time,” McKellar revealed. This he continued to do through to the eighth grade.

“The profits, as little as they were, gradually made a difference, at least on a day-to-day basis,” McKellar said.

But when puberty hit in full force in the ninth grade, McKellar wanted to be a part of the in-crowd.

“For me, the reality was that everyone else was not doing what I was doing. It was odd. In fact, I was one of the few who were considered to be ‘hustling’, and at that point no one wanted that label or to necessarily be identified with that group,” McKellar revealed.

He now had a choice, survival versus fitting in. McKellar chose fitting in. This phase only lasted for a few weeks. He needed to reassume survival mode.

“The reality was that the majority of my colleagues at that point experienced stability. They didn’t even have to think about the possibility of them needing to offset finances here and there. They were good, and that meant that I would never fit in,” McKellar said. “I quickly realised that my situation hadn’t changed, it was just my frame of mind that did, and unless I kept doing what I was doing, the pressure would only increase on my mom at home, and I wasn’t about to allow that,” he added.

When tights pants or spanky became a craze among high-school boys, McKellar decided to capitalise on the opportunity.

“I was in the right place at the right time. I just didn’t know it yet,” McKellar said.

His target was set for boarding students who went home every two to three weeks and had no access to a tailor on the school compound.

“Almost everyone wanted in on this new style of close-fitted pants. Here’s where I came in. My mom was a skilled dressmaker with a sewing machine and all the equipment at home, and I was a day student who went home every evening with the ability to complete an alteration and deliver it the next day,” McKellar said. The problem, though, he had never put foot on the machine up until that point.

His first alteration went seamless. This set a precedence for his remaining years at Munro.

“I altered hundreds of pants for the next two and half years. I became the resident tailor on campus. Even for teachers. Word got around,” McKellar said.

The profits from this had placed him in a position to invest in a more profitable product and at a larger scale, so he ventured into the sale of snacks to boarders. McKellar even employed a few trusted boarders in a year group below himself on each dorm, supplying them with banana chips, which they would sell during the nights to their fellow boarders and, at the end of each week, they would receive a share of the profits.

“These circumstances are what triggered this entrepreneurial spirit, I was never born with it like most would say, but rather, it was nurtured and developed by those unfavourable situations and realities at the time and realising that I could do something to minimise and alleviate their impact,” McKellar said.

After his five years at Munro, he made a switch to St Elizabeth Technical High School, where he completed sixth form. He said this is where he credits the refinement of my high-school hustling.

Here, McKellar started a personal hand band company, and was selected as an official exhibitor at Jamaica’s 50th Independence Gala. He also conceptualised a intra-school football competition, with blessings from the principal and even managed to secure corporate sponsorship for the venture.

“It’s no single experience or person or thing, but all of these combined that created this dynamic drive towards entrepreneurship,” McKellar said.

After completing sixth form in 2013, McKellar’s life took an unplanned turn. He migrated to the United States. His ambition and drive to succeed landed him several jobs. From stock associate at an art store chain, shift lead at a local Walgreens Pharmacy & Retail Store, shift supervisor at CVS Pharmacy, special education assistant at the Department of Education and assistant conductor for the Long Island Rail Road.

They have since then incorporated the company.

“[The year] 2017 saw us becoming a crowd favourite at street fairs and festivals in New York City, and this was where reality set in. We realised that in this city with over eight million people, authentic Jamaican jerk was drastically underrepresented in the mobile food service industry when compared to other ethnic foods, especially in Manhattan and the surrounding financial district,” McKellar explained.

“The city’s streets embraced us once more in this new mode of operation. ‘Finally!’ they said,” McKellar noted.

“[The year] 2018 also saw us growing in our reach and in the diversification of our operations after our acquisition and buildout of our own commercial kitchen space, allowing us to attain a new level of production, allowing us to continue on our journey of providing a distinctive five-star experience in the streets, and a worthy representation of our island’s amazing cuisine in the world’s most iconic city,” McKellar said.