Dear Doc | Did I really give it to her? 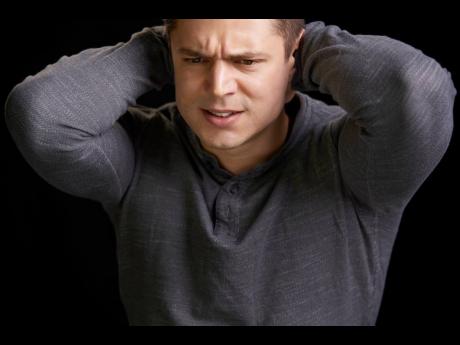 Q Dear Doc, my girlfriend was recently told by her doctor that she has chlamydia and that I should get treatment for it as well, and sent her with a prescription for me. I don’t have any problems, never had, but now she is saying I gave it to her. I was not asked to do any test. I was just told that I was to take the medicine, so I don’t know how she and her doctor can be accusing me like that, and forcing me to take medicine. I want to know, shouldn’t I have been asked to do a test first? And should I take the medicine?

A This situation is not uncommon and has caused many an argument between parters right in front of me in my office, so I am very familiar with your concern.

In these situations, I always start with some basic facts about chlamydia and then explain about partner treatment and testing.

Chlamydia usually causes no symptoms, but if it does, it can cause similar signs and symptoms as gonorrhoea, such as a discharge from the penis or vagina and pain with urination.

The bad part about chlamydia is that because it commonly has no symptoms, it often goes untreated, which can result in serious long-term complications in women. Fortunately, chlamydia is curable with antibiotic treatment.

As said before, chlamydia is an STI, so it is spread during sexual contact, but a man does not have to ejaculate to spread the infection.

Your risk of getting chlamydia is higher if you have:

- More than one sexual partner.

- If you have had chlamydia before and were treated, then have sex with your partner who was not treated for this infection.

Because most people have no symptoms of chlamydia at all, it is easy to spread the infection without ever knowing that you are infected. Nine out of 10 women, and seven out of 10 men with chlamydia have no symptoms at all. As a result of this, chlamydia can lie dormant in the body for many years, causing a low-grade infection without symptoms. It could then potentially flare up to cause a symptomatic infection; for example, if there is an alteration in the person’s immune system, such as having a severe cold or flu, cancer, or some other severe illness.

This does not make it easy to tell exactly when someone contracted the infection, or who gave it to them, especially if they had never been tested before.

Treatment of chlamydia is the same for women and men, and is a one-time, one-dose antibiotic treatment that is taken by mouth. It is important not to have sex for seven days after taking the antibiotic.

If you are allergic to the antibiotic used for the one-time, one-dose treatment, you will be prescribed another antibiotic that must be taken twice a day for seven days. It is important not to have sex during this treatment.

It is very important for you to take the treatment that the doctor sent for you. This is because it is recommended that anyone the infected person had sex with in the last 60 days, or the last person they had sex with, be treated for chlamydia; whether they are having symptoms or not, and even if they have a negative test for chlamydia.

This is because not all infections cause symptoms, and because the test might not detect an early or recent infection. Doctors usually ask patients to tell their sexual partner(s) to get treated, and in some cases, may give the prescriptions for both the patient and their partner.

Most important, the most effective way to prevent chlamydia and all other STIs is to avoid sexual intercourse, but because this is not practical, use condoms every time you have sex.