Dear Doc | Is circumcision safe for my baby? 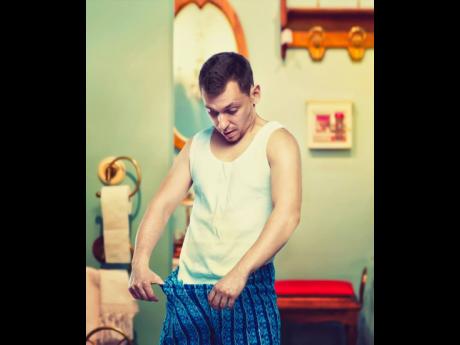 Q I am an expectant mother and my husband and I are having a problem deciding if we should circumcise our baby or not. I want to, but all my husband keeps saying is: ‘Suppose them cut off my boy tings!’ The doctors at the hospital clinic cannot tell me much about it and I want to know if it is safe, and how it is done, to help us make a decision.

A Circumcision is a surgery that removes the skin that covers the tip of the penis (the foreskin). It is usually done when a boy is between one and 10 days old. It is more common in some parts of the world than others, and is also a common tradition in some religions.

Whether you should have your baby circumcised?

To that there is no easy answer. Circumcision has some benefits, but it also has its risks.

Circumcised boys seem to have slightly lower rates of:

Circumcised men seem to have slightly lower rates of:

- Cancer of the penis.

- HIV and other infections that you catch during sex.

- Cervical cancer in the women they have sex with.

That being said, the risks of these problems are small in boys and men who have not been circumcised, and can be reduce by cleaning the penis well, and using condoms during sex.

- Bleeding or infection from the surgery.

- Damage to the penis.

- A chance that the doctor will cut off too much or not enough of the foreskin.

- A chance that sex won’t feel as good later in life.

Only about one out of every 200 circumcisions leads to problems.

Another thing to consider when it comes to your decision is that the foreskin contains specialised tissue for sensation, that is removed during circumcision. Some men believe that the end of the penis becomes less sensitive when the foreskin is removed and that sexual sensation may be decreased. However, circumcised males do not describe decreased sexual function or desire as a result of the procedure.

How is circumcision done in baby boys?

First, the baby is given medicine so he won’t feel any pain. This might be in the form of applying a cream on the skin or an injection into the base of the penis. The doctor will then clean the baby’s penis, and special tools will then be used to cut off the foreskin. Finally, the doctor will wrap a gauze bandage around the baby’s penis. Normally, the infant urinates within 12 hours of the procedure. The gauze should be removed and replaced with every diaper change for 24 hours. The circumcision site should be cleaned with warm water and a cotton ball once or twice a day. After the first 24 hours, the gauze dressing is no longer needed. Usually, the penis needs no further care once it has healed.

There are a few situations that may cause a circumcision to be delayed. For example, in babies who are born prematurely, babies who are born with a defect of the penis, if there is a family history of a bleeding disorder, or if the baby has bleeding problems, circumcision is delayed until it has been determined that the baby is not at increased risk during the procedure.

Making the decision to circumcise an infant can be difficult for some parents. Some parents are concerned about the risks versus the benefits of the procedure. Others have no difficulty making a decision because of cultural or religious rules that require circumcision.

A decision is best made before the baby is born. The procedure can be done at the hospital before the mother and baby are discharged, or it can be performed as an outpatient procedure with local anesthesia as late as three months after birth.

After talking with your doctor, you will better be able to decide for yourself what is right for your family.