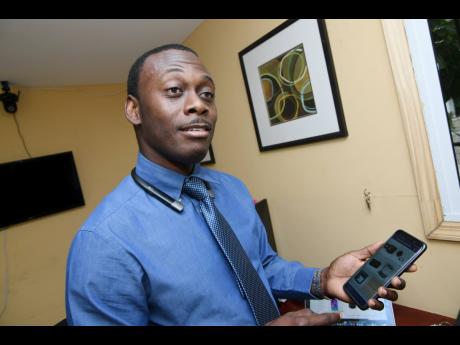 Rudolph Brown
Bancroft Wilson is determined to make a difference in the Jamaican economy with his e-commerce business. 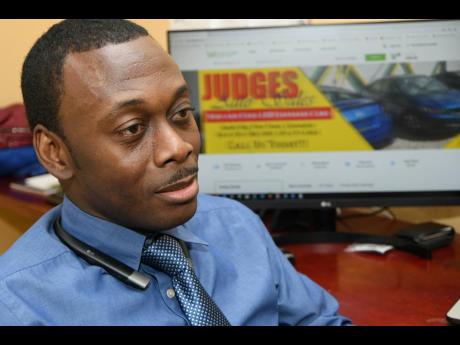 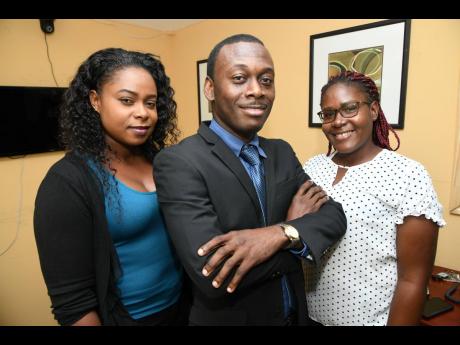 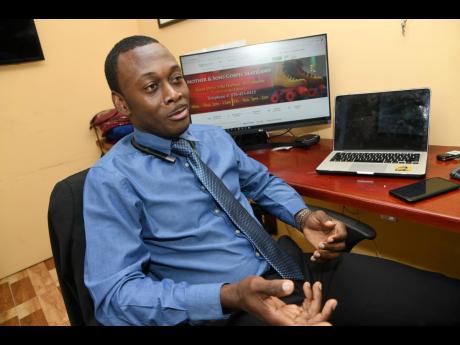 What if Jamaica had it’s very own Amazon? This is what guided Bancroft Wilson, an information technology specialist, to make a full commitment in crossing over from employee to employer. So, he thought of Wilson’s List, an e-commerce website that promotes economic development in Jamaica.

Wilson, who is also a father of two, knew that he had to become an entrepreneur before enrolling in high school. His mother was a vendor who sold items on a small scale at their gate in Old Harbour, St Catherine, and at times he had to help out after school. Now he’s making his name known in the business world and has chosen information technology as his ticket to fame.

“My mother inspired me. I grew up very poor. In primary school, I would buy candies and resell them at school to make a little extra money. But I started Wilson’s List, because I think Jamaica is behind in technology. Living abroad, I’ve spent thousands of dollars a year on eBay, because that’s where I do all my shopping ... on my phone or computer. And I didn’t see where we can do that here,” he said.

Wilson’s List is intended to make up for this shortfall. It hosts a number of other businesses that have also set up individual shops on the site. There, you can buy or rent everything you need, including cars, phones, toners for your printers, and jewellery. Shipping companies and post offices across the island are also benefiting from Wilson’s List, as they are the ones delivering some of these packages.

A WORKAHOLIC AND FAMILY MAN

Describing himself as a workaholic, Wilson stopped at nothing until his dream materialised. Now, several persons from across the country are benefiting from his endless efforts. The eager beaver told Outlook that the best part of his creation is that the products and services found on his site are only sourced locally. He also has plans to expand in the Caribbean soon.

“I like to give back and I’m also a family-oriented person. At first, balancing my two worlds was rough because the business is like my lifeline, but then my family is always there to support me. I couldn’t give too much to the business and not to the family also,” Wilson explained.

After the overbearing struggle to equally share his affection and time between the two, he formulated a solution to ensure that he spends adequate time with both. He divides his schedule into pockets of time that keeps him on track.

He’s highly admired by his team of workers at his Old Harbour-based office. Always favouring the technical side, Wilson fell in love with information technology and electronics as a student at Old Harbour High School. At first, be built and repaired speakers and computers. When he grew tired of this venture, he branched off into networking after completing his studies at the Lincoln Technical Institute, Paramus in New Jersey. And finally he gained the courage to make Wilson’s List a reality.

There is also an app to be downloaded for use on cell phones.

Today, the successful young man proclaims that he’s living his best life, while helping to make a difference in Jamaica’s economy.

“My days are like this. I wake up and send my daughter off to school. Then I get ready for work, go to my office and sit in front of my computer for the entire day. Otherwise, if I am not at my desk, I am with a client. I only take restroom breaks and food. Sometimes, breakfast doesn’t start for me until midday, because my day starts with work,” he told Outlook, before breaking off into a chuckle.