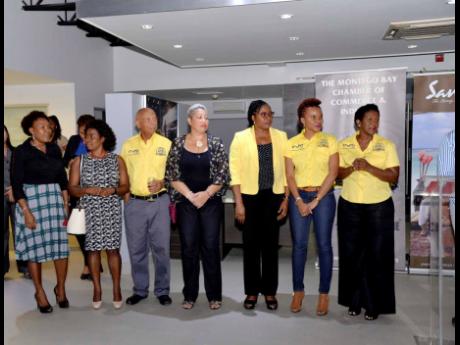 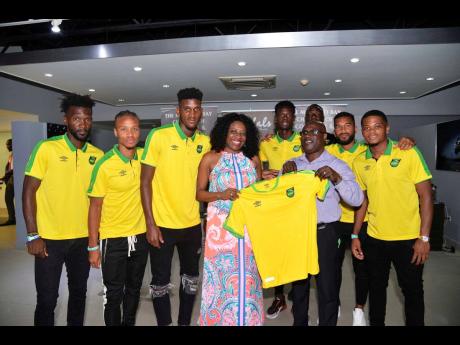 Contributed
President of the Montego Bay Chamber of Commerce and Industry Janet Silvera accepts a branded shirt from the Reggae Boyz team and their management at the ATL Sandals cocktail reception for the chamber’s Expo 2020 promotion. 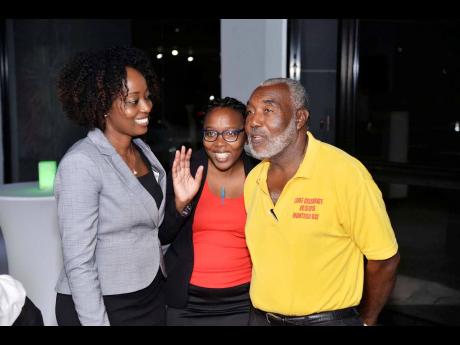 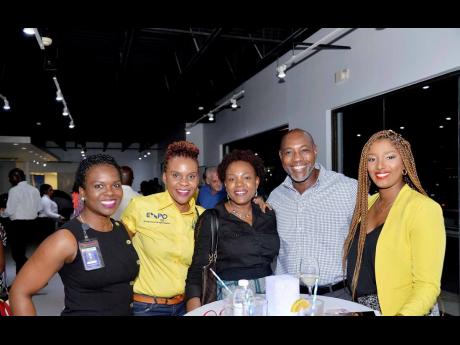 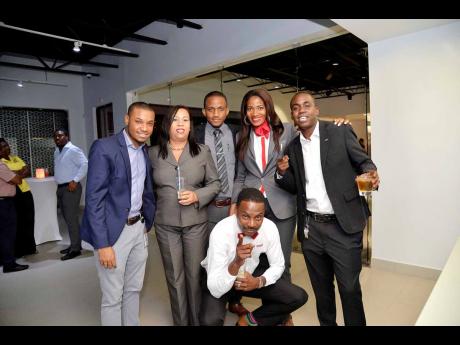 Business interests and stakeholders were hosted by Sandals and sister company ATL Automotive at their Bogue City Centre plant in Montego Bay recently.

The event, staged in collaboration with the Montego Bay Chamber of Commerce and Industry (MBCCI), was aimed at sensitising the city on the upcoming 30th anniversary of MoBay Expo, which will be held at the Montego Bay Convention Centre from March 6-8, 2020.

With six months to get the word out, the MBCCI expo chairman, attorney-at-law Damia Monthrope, used the opportunity to host the Reggae Boyz, who were visiting the city at the same time.

Monthrope, who is third vice-president of the chamber, has always said the organisation stands ready to discuss whatever it takes to restore the city to its lofty heights and to create a business environment that is investor-friendly.

“This is why we have added the affordable housing solution segment to the expo. It is aimed at attracting prospective investors in the real estate sector,” Monthrope said.